New stories: When the economics of happiness meets the desperation of not having healthcare 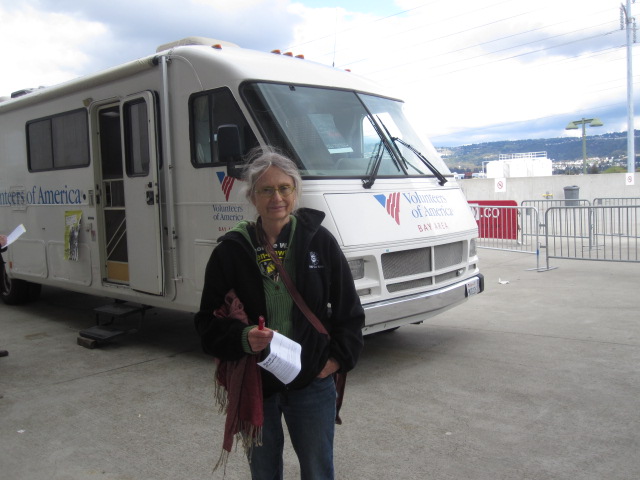 Last week I attended an “Economics of Happiness” conference here in Berkeley and heard Charles Eisenstein speak. “I see the world shifting from a profit-taking economy to a gift economy, from an economy of ‘how can I take the most?’ to ‘how can I best give of my gifts?’ This future, in which the anxiety of ‘making a living’ no longer drives us, will arise out of the transformation in the human sense of self that is gathering today.” http://www.ascentofhumanity.com/text.php

Eisenstein also talked about how the availability of unlimited resources has now come to an end. “A monetary system based on growth is now obsolete,” and we can no longer destroy resources at will without suffering dire consequences.

“It’s like my son Jimmy, who grew two inches one year and five inches the next. This was appropriate to his age. But to continue to grow two inches a year for the rest of his life? Not appropriate. And now that he has reached adulthood and no longer grows, what should we do? Frack him?”

Eisenstein next talked about “old stories” and “new stories”. “Economies based on money and material growth have become ‘old stories,’ ones that simply don’t work anymore.” And a new story, based on the economics of happiness, is becoming more common as monetized economies continue to fail and become obsolete.

Eisenstein next described his idea of a gift economy, based on meeting basic mutual needs through cooperation. “That’s why poor people can sometimes be happier than rich people — because the poor need to gift each other in order to survive; this gifting process then creates a bond; and bonding leads to happiness.”

Eisenstein could be right about this, although since I’ve never been rich, I’m not in any position to compare. However, a recent world-wide “happiness” index showed that materially-deprived Cuba is currently ranked number seven on the happiness scale — while materially successful America is now ranked 114, far below even Israel and Palestine, and even below Iraq and the DRC.

But what exactly does a gift economy look like? I found a perfect example of one last week while attending a four-day “Remote Area Medical” event at the Oakland Coliseum http://www.ramusa.org, when hundreds of medical professionals offered up their time and knowledge for free so that over 4,000 patients without health insurance could be seen and treated.

Cavities were filled, eyes were examined, medical diagnoses were made, etc. Acupuncture, chiropractic, you name it, was provided. It was AMAZING.

As one medical provider stated, “R.A.M. was first designed to provide these services to people in third-world countries — but it soon became obvious that, if you could not afford health insurance, medical care in America was at the same level as most of the Third World. And so R.A.M. started coming to the United States as well. Our politicians should be ashamed that they’ve let the quality and availability of American healthcare sink so low that R.A.M has to pick up the slack.”

This medical professional had just volunteered to spend her entire weekend gifting her community. And was she happy about it? You bet!

PS: I got to the Coliseum too late to get my teeth looked at (the lines for that service had started forming four days before) but a trailer staffed by Volunteers of America was still offering free HIV testing — so I did that instead. 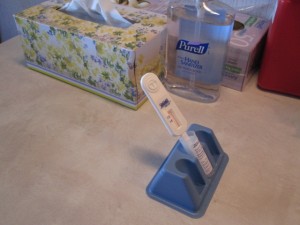 A VoA staff member swabbed my mouth, let my saliva sit in a test kit for 20 minutes and then told me I didn’t have HIV. “Have you used any dirty needles or had sex recently?” No and no.

“HIV is only transmitted through blood, semen and per-ejaculatory liquids, vaginal fluids and breast milk,” I was told.

“But what about through saliva?” Usually not — unless there’s a cut in the mouth.

AIDS and HIV treatments have changed a lot in the last 20 years. “There are now medications that, if patients keep taking them regularly, can allow them to lead a fairly normal life.” That’s incredibly good news. “But uninfected people still need to take precautions to avoid being exposed to the HIV virus — such as not using dirty needles and always using condoms.”

Next, apparently in the spirit of the economics of happiness, the VoA staffer then gifted me with a whole handful of condoms. “Sorry, but my glory days of creating that kind of happiness are long past,” I sadly replied.

PPS: Here are some examples of how to change all our dreary old stories into new, better and more appropriate ones:

Old story: Modern man’s brave conquest of nature is achieved by heroically chopping down every tree in sight and putting a car or two in every driveway. And exactly why is this old story now obsolete? Scientific American has just announced that global warming will be irreversible in just eight years unless we immediately change our outmoded ways. http://www.scientificamerican.com/article.cfm?id=global-warming-close-to-becoming-ir

New story: Nature is our friend. We protect her and she protects us. Stop driving. Buy locally. Plant trees. The Lorax is back!

Old story: My sister apparently hates me and I, in response, tend to hate her right back.

New story: My sister loves and forgives me and I love and forgive her too. (Realistically, however, it doesn’t look like this particular fairy tale is gonna come true any time soon — but it should. One can hardly tell a new and hopeful story about having peace in the world when one is still having difficulties even loving and/or forgiving one’s very own sister.)

New story: Kor chose to forgive her tormentors — and then she did. “Forgive your worst enemy. It will heal your soul and set you free.” Kor then established the CANDLES Holocaust Museum in Terre Haute, Indiana. “CANDLES strives for the elimination of hatred and prejudice from our world. CANDLES pursues this goal through education about the Holocaust and the power of forgiveness.” http://www.candlesholocaustmuseum.org/index.php?sid=57

The elimination of hatred? That’s a new story we could all use. Or, to paraphrase Eisenstein, “As the shell of our old world cracks, then new light can shine in — and the only antidote to despair is to hope. If we are to continue to survive as a species, we must constantly invent new stories of hope.”

Jane Stillwater-Eisenstein talked about “old stories” and “new stories”; We are at a crossroads in our stories.

Fundies in the Voting Booth…