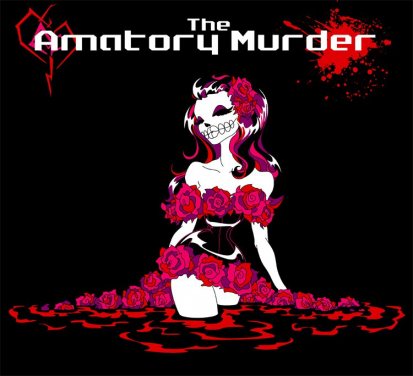 Christian Peppas–the band’s primary composer and producer–founded The Amatory Murder during a time of reflection. Along with former Lauryn Hill guitarist O.T. Turbold and industrial-metal head Mario Drakos, Christian crafted the album A Different Frequency in an attempt to take the listener through a journey with one’s interactions in a world where everyone has become so self-absorbed, it’s often hard to maintain solid and meaningful relationships. In 2011, the band headlined their Live Nation Presents record release show at New York’s Gramercy Theatre (Blender Theater) to an enthusiastic and supportive audience. The live (and current) lineup of The Amatory Murder also includes Andrew Archey on bass guitar and Trevor Meyer on drums/analog drums. One of their current singles A Different Frequency was released with an accompanying clay-mated music video created and directed by Charles Pieper and featured at the Se-Ma-For Animation Festival in Poland. The song was also used as the soundtrack song to an entry in the Santori Film Festival by an LA indie-film maker. Their follow-up singles, Inner Circuits and Perverted Views have both been released to already enthusiastic acclaim.

The first full-length album by The Amatory Murder titled Racing The Relapse was released in 2008 under the band’s previous name YesMisterBloodVessel to a sold out audience at Arlene’s Grocery in New York City. They have been a featured band on 87.7FM New York’s Indie Darkroom and Canada’s Paradize Radio. Their songs have received airplay on numerous college and internet radio stations spanning from New York to England. Christian’s previous experience includes playing in the New York club circuit with his old band The Rakehells, as well as traveling with middle-eastern prog-rockers Consider The Source when called upon for additional help. Additionally in 2010, he contributed vocals to Skoda Auto’s “Made Of Meaner Stuff” commercial which is currently airing throughout the United Kingdom.

Amatory Murder will be releasing an EP of remixes of their songs by various artists and DJ’s as well as some unreleased tracks;  Nobody’s Listening: A Different Frequency Remixed  spring, 2012

Or you can purchase CD’s as well as t-shirts through Amatory Murder’s website: http://theamatorymurder.com/wordpress/store