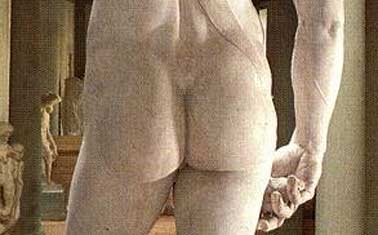 One typically retreats into an art museum to escape the world of crassness, sluthood and overbearing human beings. Therefore, it is with much chagrin I report that the Dallas Museum of Art is characterized by all of those qualities. A pity, since there are so few redeeming positives in the entire city of Dallas, a city only known for greedy people named J.R. and for the death of John F. Kennedy.

My criticism concerns the management style and the poor choice of modern day artwork, not to mention a rather disturbing encounter in the restroom area that was truly a moment of grotesque postmodernism.

I was harassed a total of four times by staff members to show my orange bracelet of admission, strongly implying I had snuck in illegally—an implication that screamed racial profiling. It appears as if the staff was convinced that a Mexican-Spaniard must surely be sneaking into such a wonderfully white environment—indeed, a scalable premise that parallels the issue of immigration. However, much to my disappointment, there was no apparent satire involved; they were just being jerks.

In fact, one staff member was so preoccupied with my conspicuous presence that she totally ignored a repugnant creature to her far left (I believe it is called a “child”) who was literally defacing a crafted and hanging artwork that fell low from the ceiling. The creature was literally in the center of the artwork destroying its grandeur, before the staff member took note and nervously ran to alert the parents. I laughed all the way to the next incongruent exhibit.

Speaking of the staff, although they were a refreshingly multiethnic group of people, I was concerned by the gum-chewing, the giggling and the overly youthful features of the attendants. I would prefer my art escorts to be mature, or at least give the illusion that they can comprehend great art. Alas, these Gen Xers seemed resentful of their jobs, as if the dichotomy between great art and absolute futility were something like the poor vs. the rich.

The label of “incongruent” is perhaps giving the art director too much credit. For the first floor celebrating modern artworks, the Dallas Museum featured a great deal of “urban art”, which may well be a paradoxical achievement. There is no great art in suffering itself; art is birthed from great suffering. However, I felt as if much of the first floor of modern art were simply rewarding urban artists for the pseudo-art of ironic reproduction.

Perhaps this is the sniggering monster that Andy Warhol started, but I felt nothing when I beheld one behemoth of an exhibit by Mark Bradford (“Mithra”), a sort of Noah’s Ark creation featuring torn up posters of the Will Ferrell movie “Semi Pro.” Reproduction is not art, though I do share the passion of seeing Will Ferrell movie posters destroyed. Ideally, the formula goes reproduction plus individual interpretation. This feature, and many others seem shockingly ill-prepared for such a prestigious display, one might actually liken it to a premature baby being delivered just to appease a dying grandmother. But I digress on the metaphors…

Now don’t judge me as an art snob just yet. I do acknowledge there were many thought provoking pieces scattered throughout the museum, and a few brilliant Old World Baroque masterpieces on the second floor—however, some really bad exhibits (and at least one defaced by toddlers), together with an entire floor of old furniture (lazily prepared) seemed contrary to my vision of what proud standing, elitist Dallas art looked like.

Nevertheless, bad art can be forgiven. My main quibble was with the managerial style, or lack thereof, which seemed to be perfectly embodied in my next experience. As I proceeded to the restroom area to do thy bidding, I saw a most alarming sight, the likes of which might provoke allusions of a trompe l’oeil, or at least a Banksy-esque prank.

As I looked to the floor and to the next stall over (situated in front of me, not to the side, because of the awkward design) I noticed a pair of bare human butt cheeks grimacing at me from below the bottom of the stall. At first, I figured maybe it was a mistake, or perhaps a case of a poor foreigner confused at how American toilets work.

However, the longer I looked, cruelly held hostage and exposed to the ass-inine trauma, I noticed the individual had mature-looking legs. I fear this was perhaps an older man—perhaps one of the staff attendants still harassing me? Of course, it is quite possible the butt belonged to a bratty young person (with old, leathery legs); still, what a shame that he was allowed to run through the museum defacing art, and defecating on art lovers. By the time the butt started wiping itself for my viewing disgust, I knew this was intentional harassment, and of all places, suffered while at the Dallas Museum of Art.

I regret that I did not snap a cell phone photo of the “Dallas Art Butt”, as proof that this experience really happened (trust me, I having nothing to gain from writing a fictitious review), and perhaps as a mooning snapshot, well-symbolizing Dallas’ snarky response to my criticism of its Dallas Art Museum.

I fled the scene quickly, not wishing to provoke the pair of buttocks anymore than I had. Nevertheless, I feel it is my duty to warn you of what you might encounter should you choose to visit the museum. The human body is not always a thing of beauty in art, at least not in the restrooms of the Dallas Art Museum.

The Dallas Museum of Art gets a thumbs down from new writer Michael A, who reported a rather asinine experience. Dallas has two strikes and counting…