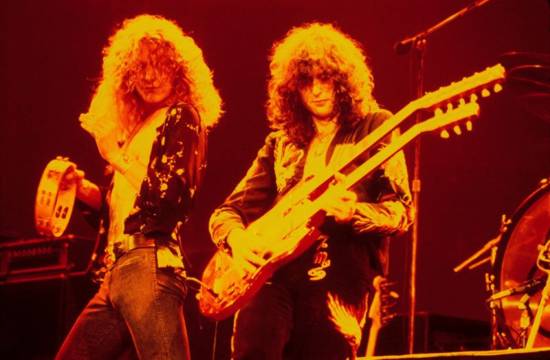 Many of our readers may remember Subversify’s interview with Decadent Nation, a lively progressive rock group currently touring nationally and putting together a new mind bender album.  What one discovers when corresponding with the group is, they aren’t just a closely knit quartet of musicians, they are extremely aware of the social/political climate and have a lot of strong opinions.  They have given volunteer performances for the Occupy Movement, a number of charities, and even took their music to the upper middle class residential area of St. Louis, playing from a flatbed truck.  Recently, the group has been expressing a bit of unhappiness, not about politics, but about a fellow rock group; the Black Keys.  This social transgressor has apparently dissed Led Zeppelin.  When Subversify asked lead singer and song writer, Colin LaVaute, if it was possible to develop your own blusey hard rock style music, astonishingly similar to Led Zeppelin’s without having studied the artist, he responded with a statement so vivid, Subversify would like to publish it in its entirety.

That’s been the moniker for the troubled genre for decades now. Turn on the radio, and it’s hard to argue against such a sentiment. The airwaves, now mostly owned and run by corporate conglomerates, inundate the masses with a form of the genre that lacks the luster of the early 70’s or 90’s. One station proclaims to play the “rock of today,” and still we hear music that’s twenty years old piped out in between the post-grunge butt rock of Nickleback and the fifty something bands that sound like…Nickleback. Why? Because the station knows, as well as the listener does, that grunge was one of rock’s last gasping breaths.

Not all is lost, right? One of the biggest rock acts out there right now, The Black Keys, have made rock relevant again with their refurbished version of bluesy rock n’ roll. 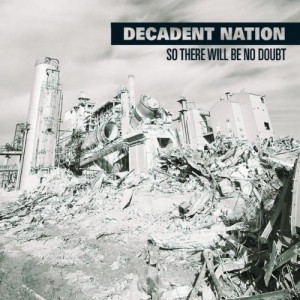 In a recent interview with Maxim Magazine, Dan Auerbach of The Black Keys, when asked if the band was influenced by Led Zeppelin, responded by saying:

One of the most played and celebrated rock bands of all time, and The Black Keys act like they owe nothing to them; that their success is predicated by themselves, and that Zeppelin didn’t lay down the golden brick road for their music 30 years before anyone knew who The Key were. Auerbach making this statement is akin to The Avett Brothers saying, “You know I never listened to Bob Dylan, I just think that we listened to the same Woody Guthrie albums, and BAM! Awesome-sauce!”

Never mind that not giving the greatest hard rock band of all time their props borders on sacrilege when you’re in The Black Keys position, but seriously, how can anyone growing up in the 70’s and thereafter not have listened to Led Zeppelin? Just like Nickleback and The Black Keys, Led Zeppelin has been steadily piped out since the band’s first album hit. Furthermore, if you are a guitar player in a rock band, whether you would like to admit it or not, you have been influenced by Jimmy Page. 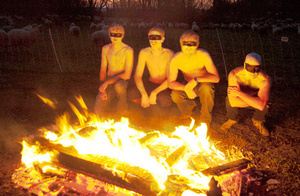 Oh, but the pomposity doesn’t stop there. In an interview with Rolling Stone, Black Keys drummer Patrick Carney, laid into, of course, Nickleback.

“”So they became OK with the idea that the biggest rock band in the world is always going to be shit – therefore you should never try to be the biggest rock band in the world. Fuck that! Rock & roll is the music I feel the most passionately about, and I don’t like to see it fucking ruined and spoon-fed down our throats in this watered-down, post-grunge crap, horrendous shit. When people start lumping us into that kind of shit, it’s like, ‘Fuck you,’ honestly.”

Now don’t get me wrong, I’m not a Nickleback fan by any means of the word, and I have some  respect for The Black Keys. That being said, at least Nickleback doesn’t take themselves so seriously as to proclaim that they are the originators of their genre. In fact, Nickleback has a pretty good sense of humor about the fact that they have more detractors than fans.

When I was growing up, it was a time for rock music to be proud of itself. Bands like Pearl Jam, Soundgarden, Tool, and Rage Against the Machine embraced their many varying influences and the end result was something much more original than anything The Black Keys have to offer. All of those bands obtained something else Auerbach and Co. lack: character.

The point is, just because you may have obtained what Ricky Gervais calls “Fuck You Money”, doesn’t necessarily mean you should walking around literally saying”Fuck you, honestly.” Carney’s attitude speaks to a greater sense of inherent entitlement in our society. What happened to humility, and a humble attitude? When do we see music artists actually grateful for what they obtained? I keep hoping for things to come around, for a real breath of fresh air; a new era of truly original rock music, made with sense of purpose, by musicians that don’t shoot off at the mouth like they’re Kanye. I hope to be apart of this era when it comes, until then, I will not mourn the death of Rock n’ Roll, but wait for it to rise from the ashes of modern music.

Colin LaVaute: One of the most played and celebrated rock bands of all time, and the Black Keys act like they owe nothing to them that their success is predicated by themselves, and that Zeppelin didn’t lay down the gold brick road for their music

A Commanding Voice: “My Tidy List of Terrors” by Jonathan Norton