I just had a dream that it was the end of the world. So should I still go Christmas shopping or not?  Why bother, I thought.  But just to be on the safe side, I also asked the mysterious psychic Madam Jane for some input.  “Are my dreams and the Mayan calendars and all those Rapture freaks right?  Is the end of the world actually on its way?  Are we really all gonna die soon?” 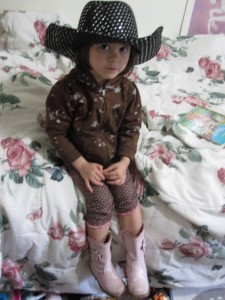 “The amount of carbon dioxide in our atmosphere is mounting at a catastrophic rate and will cause irreversibly-disastrous climate change in the next five years — and by far the biggest cause of this problem is the U.S. military and its allies.  Every time NATO bombs Libya and Americans bomb Pakistan and Israel bombs Gaza or a helicopter takes off in Afghanistan or a U.S. carrier fleet steams toward Syria and the Persian Gulf, we move one step closer to irreversible climate change,” stated Madam Jane, swaying back and forth with her eyes closed.

“Would it help at all if I had my car smog-checked today?” I then asked her hopefully.  Madame Jane just rolled her eyes.   “We’re doomed,” she replied.

So.  How do I want to spend my last days here on Earth?  Not a clue.  If you knew that seven billion people had approximately five years to live before climate-change-caused floods started pouring in from our rivers, and deserts started taking over our farmlands and oceans started drowning our coastal cities and a dreadful ice age started to set in, what would you do?

PS:  According to a recent AlterNet article entitled “Game Over for Planet Earth,” we’re all gonna be fried like fish in a skillet first before we even get a chance to freeze to death or drown.

AlterNet says, “[Here’s a] prediction offered by Fatih Birol, chief economist at the International Energy Agency:  Without an effective international agreement to staunch greenhouse gases within five years, the door will close on preventing a potentially disastrous rise in the planet’s temperature.”  http://www.alternet.org/economy/153092/game_over_for_planet_earth%3A_the_month%E2%80%99s_biggest_story_you_never_read

“Even if all the world’s smokestacks and tailpipes were to suddenly stop spewing CO2, if all the trees everywhere were to be left standing, and if all the remaining coal, oil, and gas were to stay in the ground [and the American war-machine would suddenly stop spewing CO2 like there’s no tomorrow as well], the planet would still be feeling the effects of global warming a millennium from now.” http://www.csmonitor.com/Environment/Bright-Green/2009/0127/report-calls-climate-change-irreversible

PPPS:  How can we keep cheering on American wars abroad — without bringing those wars back home to us too, like the recent violent shootings in Oakland and the recent pepper-spraying at U.C. Davis? 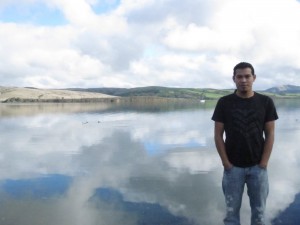 My Christmas shopping may just have to wait.

EXTRA!  EXTRA!  Madam Jane also predicts that the “American war” on Iran is about to happen too!

Remember back when, long before the war on Iraq was declared, millions of tons of war material was being amassed at various East Coast military bases here in the U.S.?  Well, Madam Jane states that they are at it again.  “Long endless lines of container trucks are currently pouring into supply depots all over the East Coast.”  Oops.

Plus America’s bottom-kissing “yellow journalism” media is already geared up to make Iran look like the ultimate bad guy — just as it did right before Bush’s illegal invasion of Iraq.

And not only that but, according to Middle East specialist David Pratt, the video game Battlefield 3 has just come out with a brand new version — starring good old Iran as the penultimate evil villain.  It just doesn’t get any more “War Profiteers Gone Crazy” than that!  http://www.heraldscotland.com/comment/david-pratt/demonisation-of-iran-carries-a-whiff-of-war-1.1137797?18451

And when Iran does get attacked, just THINK of all the air pollution that will be released!  Good grief.  Then Battlefield 3 will have to put out an even newer version — featuring deadly hand-to-hand combat with radioactive smog.

*****
From Sue [regarding even MORE air pollution]:  US government openly admits arming Mexican drug gangs with 30,000 firearms — but why?:  It is now a widely-reported fact that under the Obama administration, U.S. federal agents actively placed over 30,000 fully-functional weapons into the hands of Mexican drug gangs, then halted all surveillance and tracking activities of where those weapons were going. http://www.naturalnews.com/032934_ATF_illegal_firearms.html

Jane Stillwater- If you knew that seven billion people had approximately five years to live before climate-change-caused floods started pouring in from our rivers, and deserts started taking over our farmlands and oceans started drowning our coastal cities

The U.K. Labour Strikes- Which Side Are You On?