Garden in The City 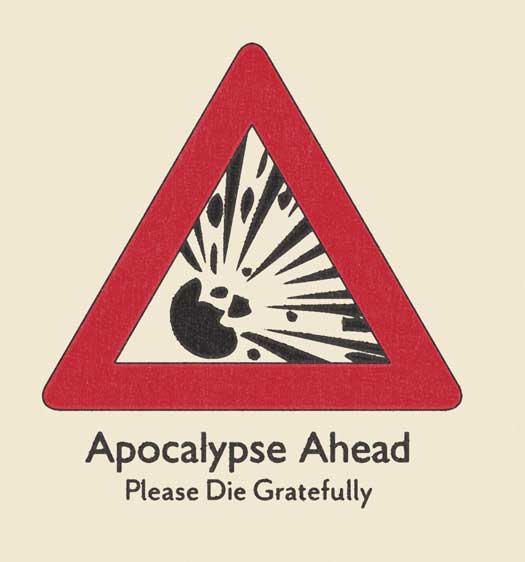 There is a garden in which everything is provided. Reach out your bare warm arm and there is just the fig you need. Then turn, and roll, and bury your nose into the sweet scented earth, as you would into the neck of a lover, and breathe in vanishing intoxication. Every singular event – a ladybird’s shell flicking open as the air lazily lifts it from a leaf, a glance at the lattice of branches fingertipping each other above, a whiff of breeze that curls over the dancing wild-flowers – seems eternal. There is a constant feeling of alrightness, ease and existential trust. The next moment will not do you over. It is, to use an old Persian word for garden, paradise.

When the world was very young I lived in the garden and made paths through it on a whim. Wherever my attention wandered, a track would be made through the wilderness. At first I wandered freely, to the feint beck of the moment – like an animal, guided by the slightest twitch in sense and atmosphere, sometimes treading the same path twice, but mostly going forever nowhere; a place I felt most at home in. My path-instincts then were soft and supple, and although I had tendencies, the present moment was free in me to take any path it liked.

At first I used my feet and trod footpaths down, foot-width and foot-strong. Then I learnt to use horses, which made my routes
wider and flatter. Next came carriages, trains and finally cars, which needed the widest, hardest and smoothest roads. These roads were useful – they took me easily, quickly and, once established, I could get without thinking to where in the world I liked and wanted.

But the more I liked and wanted, the stronger I built my roads, and the smaller paths fell from use, became overgrown
and forgotten, and so did the places they took me to, until the world entire was one clean canalised motorway, and the cars that ran upon it had learnt to run themselves, on autopilot.

With cars in charge, the roadless land became a threat, to be boarded over and ignored. Feet became nothing but a means to reach a car and the purpose of roads became nothing more than to carry the car and protect it. The transport map, instead of being a natural tree of living exploring cobwebbing tendrils, able to pass through the wilderness in response to whim, became a grid, reinforced and reinforced, by millions of journeys.

Living on habitual auto-pilot made rerouting tendencies from established routes harder and harder and the pull towards the familiar stronger and stronger. This reduced the capacity to perceive new routes or to go off-road on whim. Uncertainty became unpleasant, and so the autopilot was trusted more and more until, eventually, the individual began to identify with it, champion it and defend it – reacting with panic when its programming was challenged or its routines changed; even minutely.

With autopilot in charge, I bump into things, lose things, drop things, repeat myself, drive to work without being able to recall a single event en-route and find myself making the same mistakes, over and over again, without understanding why. mechanically pursue sex, security, power, prestige and other genetic goals, getting stuck in ruts from months to lifetimes long. I fear, hate, ridicule or ignore the unknown, off-road and off-map, anything never done before or requiring lawless unplanned spontaneity. I live my life in a minuscule stream of concentrated attention, excluded from the vastness of the present moment, the space and light of it, the rich particular character of it. And yet, with autopilot in charge I have no way of knowing or seeing anything else. Reality itself becomes autopilot; blind, pre-preogrammed and self-serving. And the garden becomes a myth.

The myth of the garden paradise is common to all the world’s religions; but the oldest and truest of those stories – much older than the female-hating Hebrew Eden – do not depict the garden in time or space. It is ever present. It is here, in the
centre of the city; a secret garden paradise.

You’re in it even now. It just seems like the same old world because of the momentum of the autopilot, thinking and wanting and forever leaving.

Nothing wrong with thinking yourself away a little of course; because just on the edge of the garden there is a wall, and you can take the beautiful bricks, endlessly, and bring them back to build wells and paths and cathedrals. That’s a good idea.

The roads away from paradise are many, but, like television channels, they are all the same. The people who live on those roads, who have forgotten the garden, cover them with many spectacular adverts (for the garden!). These strive to be novel and new…
but it doesn’t stop all the roads all forever being the same old world.

But sometimes, and sometimes once in a lifetime, thinking stops. A moment of beauty, or a moment of shock, and there, in the macadamised cracks, is a glimpse of the garden. Some people think it is a dream, or a story, and quickly forget. Some people try to get back, by thinking or wanting – and get further away. But some people, very few, linger. “Yes, this is how it is,” they
say, “…how lovely.”

But; I may be done with the past, the past is not done with me. I have given my habits attentive life and they move around
restlessly inside me. They cannot be killed with a mere decision. Stop wanting and worrying, in fact, and it is not paradise you can feel, but the unease, boredom and discomfort of trapped habit. You find you “don’t like” turning around, or, despite fine intentions, you find yourself shooting back out again regardless, lost again on the motorway, locked again in your hurtling metal box, hammering again on your horn and stressed again in the deathless traffic jam; because you’re not getting nowhere fast enough.

How then to stay? How to get off the road when momentum once more has me lost upon it?

Others have gone before. They left the garden too, once, and they too had to learn to return. When you find yourselves back home, these friends are there, and when you are back out on the motorway you recognise the secret signs they left
between the chaos of facts and adverts, strange reminders to turn back before you get too far out.

You recognise their messages because they all mean the same three things.

One. Who am I? Who is driving down this highway? Who is afraid of breaking down? Who is thinking of where he wants to be? Who is worried? Who believes? Who reads? The direct experience of the answer, the weird silent whiff of the ‘me’ I have always been behind my life, is nothing in particular, and the end of thought.

Two. Gratitude. Take anything or anyone in life, and feel gratitude for it being there, for your legs, for your sister, for your food, for the light on your working fingers; for any moment of your stupid little life. This feeling is good; but it is nothing in particular, and the end of want.

Three. Death. Everything you want, everyone you know, everything you have, and this moment its very self, is passing away into
that which sweetly and sadly lets it go. Stop trying to hold onto it. The letting go is nothing in particular, and the end.

The garden is everywhere, even in this city. Follow the adverts for nothing and the signs that lead you nowhere and the habit of leaving slowly leaves.

And you and I will dine together in the garden.

Darren Allen- There is a garden in which everything is provided. It is, to use an old Persian word for garden, paradise.