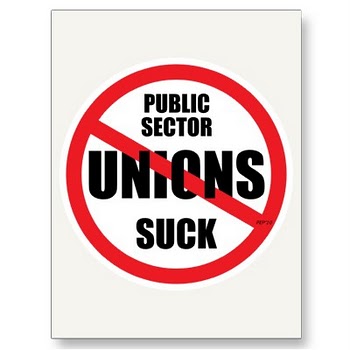 Now, there once was a union maid
She never was afraid
Of the goons and the ginks
And the company finks
And the deputy sheriffs who made the raid
And she went to the union hall
Where a meeting, it was called
And when the boys would come up to her
Lord, this is what she’d say

Now this union maid was wise
To the tricks of the company spies
She’d take the dare
She didn’t care
She’d always organize the guys
And she always got her way
When she asked for better pay
She showed her card to the National Guard
Honey, this is what they’d say

Now, you girls who wanna be free
Just take a little tip from me
Oh, get you a man who’s a union man
And you can join the Ladies’ Auxiliary
Because married life ain’t hard
When you got a union card
And the union life is a happy life
If you’ve got a union wife

I am staring in disbelief at the main wage-earner of our household as he tells me at the end of the month our insurance costs will be rising and there is nothing we can do about it.

As soon as my brain clicks back into gear I begin to hear the information that I will need but it still seems to make little sense.  The union that he belongs to, after much supposed negotiation has decided that it is better to pass the cost of insurance to the employee than to cut out even more jobs.  What this means is that the monthly amount the insured is responsible for (in this case) is rising from $358.00 per month to $700 per month.  But not to worry, the papers accompanying this bad news states the employer will still match the $358.00 that they have always matched.

We are also reminded via memorandum that we are required to carry health insurance.  That as long as we are employees of a county agency we cannot opt out of insurance.  This bit of information leaves me gobsmacked because some quick elementary arithmetic tells me we would save money by paying cash for our medical needs.

The reason is this: most doctors in our area are getting wise to insurance companies and their games.  They figure it is worth their time to take a reduced amount of cash in hand from their patients rather than bill at a higher amount and hope that the insurance companies pay them a third of what they are asking for.

Also prescriptions are becoming increasingly cheaper to pay for out of pocket.  At the same time that insurance premiums are going up, the co-pays for individuals insured are increasing.  What was once$5 co-pay on a prescription for me now cost me $40 in a co-pay.  Shockingly enough I have found that the same prescription formulated on site at a local apocarthy costs me only $45 for three months worth that’s an $85 savings on a cash payment for something that is supposedly covered under my formulary.

I make the flippant comment that I hope this is the death throes of the insurance companies and that it will all be over soon, but in my heart I know that is wishful thinking.

What has really died and what we should be mourning is the American Labor Union.  Those vestiges of the working class made by the people designed to work for the people.  To right wrongs and make things fair.

Union battles are becoming a lost history in our country.

Unions called by many, bastions of Socialism and Marxism were in actuality a way for workers to collectively bargain to gain rights for themselves both in regards to workplace practices and benefits.  Without unions there would have been no retirement funds, no healthcare, no maternity or vacation or even sick leave.  The safety standards put into place in so many workplaces was overlooked as a matter of course as was age limits for workers.  Individuals bargaining for their own rights had no recourse where unions and collective bargaining made all these things possible.

At the turn of the century, nearly everyone who was a blue-collar worker was in favor of labor unions.  Although not everyone would say so.  To do so would have been dangerous, and has continued to be dangerous even today.  In fact Glen Beck in his televised evangelistic show in May of this year spoke out against the “Socialist-Marxist (apparently the two are interchangeable in his mind) propaganda” being put forth by such dangerous folks as teachers associations.  But it was those people who were willing to fight for safety standards and wage parity that made it possible for all of us to progress in class in the United States.

Those days are far behind us now.  In a time when even professionals have unions to join, the unions themselves have become nothing more than glorified money collection agencies.  Too often the very unions that you are paying your dues to are using that money to garner favors and promote their own agendas in Washington.  Some even cut out the middle men and muck up the halls of congress, entering the lobbying trade.

All this would be fine if they represented the workers but they don’t.  Back at our own corner of the world we have learned from experience that our union representative does not answer phone calls or letters, does not take appointments and in fact it is very hard to tell if there is an actual human being in the office at all.  While their wages are paid out of dues taken from the paychecks of every county employee, they do not show up at negotiations and in fact make decisions on important issues like health care, flex time and maternity leave based solely on memorandums passed back and forth.  Their office most resembles a ghost town with their secretary the animated robot that tells you “Your Union representative has not yet decided on this issue and will send out notification when they do.”  Or “Your Union representative has explained the decision by memo which you will find in your monthly newsletter. “

Unions are on the wane. American union membership in the private sector has in recent years fallen under 9% — levels not seen since 1932.(as reported by AFL-CIO) Unions allege that employer-incited opposition has contributed to this decline in membership. I would challenge this ascertation.  My feeling is unions are losing membership because they aren’t doing their job for workers.  They aren’t bargaining for the benefit of workers and instead are bargaining to keep their own place of influence.

At a time when it is currently estimated that one in 6 Americans  are being served by at least one government anti-poverty program; One out of every seven mortgages in the United States is either delinquent or in foreclosure (reported during the first quarter of 2010.-This four years after the supposed housing bubble burst) and  the number of Americans receiving long-term unemployment benefits has risen over 60%,  we cannot afford to let our Union representatives sit back and collect payola.  They need to either start working their job or they need to be voted out.

Yes our unions are letting us down.  But we shouldn’t be surprised, we are allowing them to and paying them to do it.  It’s past time to speak up.  And apparently our monetary hands have been tied.  Perhaps we should all quit and join Yosemite Bear in his organic garden chasing double rainbows…all the way.

By: Grainne Rhuad- Have Labor Unions past the point of their usefulness? Is there any use trying to turn this ship around?

The Rise and Fall of the Alaskan Republican Vanguard