We all are, if we want to live.

Sometimes I think, “why bother? Is living like this really worth it?” But I keep on, like everyone else. Survival instinct I guess. It’s not a rational thing.

What’s really ironic is that we (me & my family) never had anything against people owning guns or the Second Amendment; in fact, we supported it, because my dad was a card-carrying member of the National Rifle Association, and he used to take us skeet shooting. Damn, that feels like such a long time ago, because we had so much fun. We were only shooting at clay disks, but it took a fast, accurate aim and the ability to handle the recoil of a double-barreled shotgun. We competed against each other and the winner got to pick where we’d eat that evening. My sister even started competing in tournaments.

But all that was a whole other world from today. It’s one thing using a shotgun to shatter clay disks; but something else to shoot a sniper’s rifle and blow part of someone’s head off.

It all seemed to happen overnight when it began. One day we had a president, the next day we didn’t. Then all hell broke loose. But actually, it didn’t just suddenly happen, it had been planned in stages over many decades. The people who started it are so long dead, hardly nobody remembers their names anymore. It was just such a shock when the president was assassinated and then the bloodbath and how fast they took over and that made it seem like it happened overnight.

The military went with them for the most part. By whipping up a ‘patriotic’ fervor and promising higher pay and bonuses, plus fast promotions for those who supported the takeover, they got military people loyal to their side. And along with the people they got the guns and fighter jets and aircraft carriers and missiles and nukes.

I mean, some of us are veterans, and we supported the higher pay and other improvements, but we also want to quit all the wars and bring everybody home, and for that we were called traitors and cowards.

In the early days of the “implementation” of the “Solution,” our side had nothing but words; verbal condemnation and impotent threats, wimpy wilting speeches with nothing to back them up. Words can’t stop bullets.

So the joke was, “what do you call a liberal without a gun? A triumph.”

But they forgot the Second Amendment applies to everyone, not just them. So when those of us who already had guns fought back, the joke changed, and it was ours.

The whole damn “Solution” movement started on TV, so they say, all the way back to when screens were flat—I mean 2-D flat, with like, glass tubes inside and stuff, you know, the kind you’d see in museums, if the museums were still open. Anyway, I suppose that must be true, ‘cause they sure love to use the fuckin’ TV now. They’ve put ‘em up on every building, store, and edifice, both public and private; even churches, yeah, especially the churches. But only the “right” churches, of course. They constantly blare the cacophony of party pundits bitching about everything they hate (which is pretty much everything) and praising themselves and their takeover of the government.

The huge heads of the ranters fill the screens as they go on and on about the same old crap, which is basically: “globalism is socialism which is evil straight from Satan, and we’re the god-like saviors (i.e. ‘worship us’) of this nation who saved you people from Godlessness, classlessness, and complete moral chaos.” Blah, blah, blah, over and over until it makes me wanna scream to drown them out. But mostly I just shoot the screens, and that shuts them up, but not for long. For every screen we take out, two more pop up to take its place. It’s like cell division. Like cancer.

Even the taxis have them, fixed to the doors. The taxi drivers complained to the federal police about us shooting at the screens, but the cops just told them to carry a gun, as if they didn’t already. But later we noticed that when the taxis carried passengers, guards armed with fully-automatic rifles rode with them. I mean, it’s not enough that they get to ride everywhere when the rest of us have to hoof it or ride bikes, and the passenger compartments of taxis are bulletproof anyway; now they get personal protection overkill. But when the compartments are empty, the drivers are on their own.

So we made an agreement with the drivers that if they’d supply us covert transport and information, we’d stop shooting at the screens. And that’s how it is between us now, which is good, I guess. I’m not an intelligence gatherer so I have nothing to do with the taxis, except I can’t shoot their screens anymore.

Some of the really old people with us remember when there was so much greenery growing you could see it nearly everywhere. People, ones like us, even had green around their own houses—imagine, living in your very own house!

And the Oldsters also say that in those days, there was more land than people, and there were four seasons, instead of just two like we have now.

Sometimes when they talk about these things, I cry. I don’t know why I do that, because I don’t remember any of it, so I can’t feel the loss like they do. It’s just weird.

When I was 11 or 12, before the “Solution” took over, and we shared a sub-apartment with another family, my mom wanted me to watch this old 2-D movie with her. So I got some ice cream (oh, ice cream! I DO feel THAT loss!) and she touched the screen to access the movie and we watched it.

I don’t remember what it was called, but I know it was set in Europe somewhere a really long time ago, like before our ‘official state enemy,’ the EU, even existed. It looked so old, being in 2-D and everything, but somehow, it had a kind of “modern” feel. The sexual stuff was pretty explicit, considering, and the singing and dancing on the stage in the nightclub was pretty cool, too, and even funny, in a sarcastic way. The costumes and make-up reminded me a little of what used to be called “punk” or “Goth” in the late 20th century; I’ve seen photos online, but this movie was made before then and the time period it was set in went even further back.

But whatever the dates were, looking at those photos and the movie, I kept thinking, I don’t know how anyone could afford to buy that much make-up! I can’t imagine a time when people had the luxury to put personal adornment before food and shelter. But I know times change and they either get good or bad, and if you’re lucky, you get born when times are good, and if not, well, you’re gonna live anyway, right?

At the beginning of this movie, it looked like times were really good, everybody going to the nightclub and drinking and having all kinds of sex. But then bad things started happening, but only to certain people, so if you weren’t one of those people, the good times just kept rolling.

The main character was a singer in the nightclub. She had black hair cut short and blunt with thick straight bangs over these huge eyes with lots of eyeliner and mascara. Actually she was pretty hot, in a 2-D sort of way. Sally something, I recall. That was the name of the character but the actress was Lisa or Liz or Liza, anyway I’d never heard of her. She was a fantastic singer but she was kinda like deliberately oblivious to the evil springing up all around her, like those huge eyes didn’t want to see or accept what terrible things were happening to other people.

But the part of the movie I remember most, and that was when I knew why my mother wanted me to see it, was when all the beautiful young blond boys in uniforms stood up and started singing this:

Tomorrow belongs to me.”

Then they did the salute, and I recognized it.

At that very moment my body went chill but my head and spine tingled with millions of hot spikes and the hair on my arms and the back of my neck stood up.

I think that was the first time I felt true fear.

I’ve felt it a lot since then. 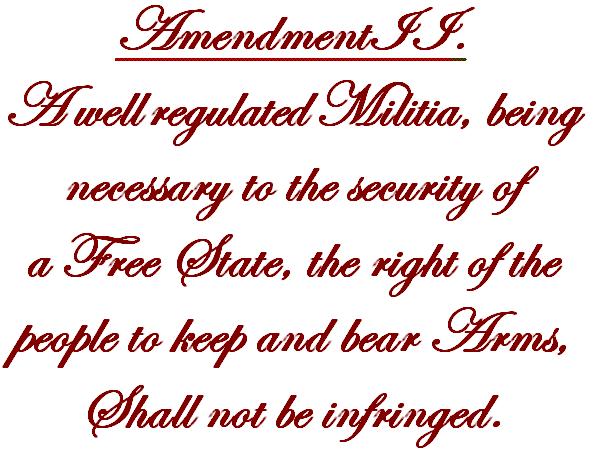