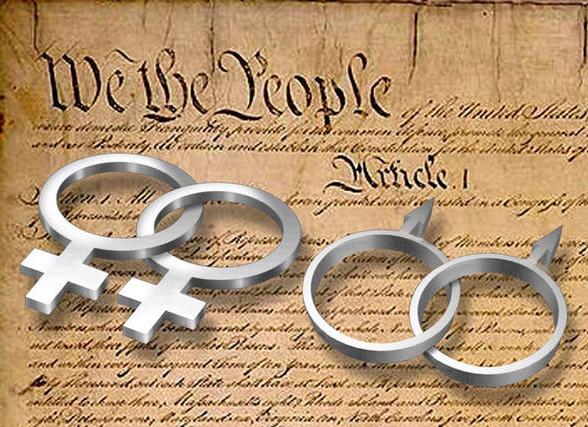 It is another disappointment. In many ways this one is major. The Republican Senate, with collusion from the two Democrats from Arkansas have voted to halt the advancement of the bill that would have consigned “Don’t Ask, Don’t Tell” to the dust bin of history. I can feel the bitterness of this defeat rising in my throat and it is poisonous. For many, this outcome was a foregone conclusion. Many people already believe that the political process will not work for the LGBTI Community. I am afraid that I am about to join them. After years of being in the fray, sometimes quietly, and sometimes with raised voice, I have come to the conclusion that advancement toward full equality for all of us will take a good deal more than promises at campaign time. I am not sure what we need to do, I only know that what we are doing is not working and we have to redraw (whether metaphorically or not) the lines of battle.

Why this change of heart?

Quite simply I have come to the conclusion that we will never be successful by attempting to reason with a very large segment of the American society that is so entrenched in their archaic thinking that even the Second Coming couldn’t change what they purport to believe.

Evidence: Many of these people, despite overwhelming evidence to the contrary, believe that the world is but 6000 years old. They believe that man played with dinosaurs. To carry it further, they seem to believe that Fred Flintstone and his surroundings were not a product of the fertile minds of Hanna and Barbera, but that Mr. Flintstone lived, and the cartoons are actually a history lesson.

These people believe in the absolute word-for-word meaning of the Constitution. Telephone conversations cannot be private because when the Founders authored the document, telephones hadn’t been invented, so the intrusions of the so-called Patriots Act did not really curtail our rights. Women’s rights? Hell no! The Constitution does not protect women. At the time it was written, women were no more than chattel. The Constitution does not give equal rights to people of color because at the time, most of the Founders held slaves, and it was not their intent that anyone other than white European descended males should enjoy protection. Does the Constitution protect Gay People? Get serious! Gay people were still being executed in some places in those early days when that document was written. Should anyone think I am exaggerating, just research the latest speeches by the Supreme Court’s champion of a return to the Dark Ages, Mr. Justice Scalia. 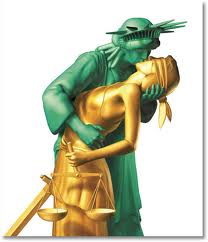 The fact that The Constitution of the United States must be a living document to prevent it from becoming archaic and useless seems to matter not a whit.

Theocratic thinking now more than ever seems to hold sway. We are a country that brags about equal rights, equal opportunity and a thick wall that separates church and state. These may have been a goal, but they represent targets that have not been reached. Those who hold to Fundamentalist, Right Wing views do all in their power to see that those goals are never reached. If we became a country that respected the equal rights of all people, a country that lived up to its sloganeering related to Equal Opportunity for all, we would not be seeing the number of poor people increasing as gains made in more progressive days are being lost to the myopic views of an obstructionist political party, and an Administration that does not seem to have the strength or the will to maintain them.

Separation of Church and State is a far more serious subject. We the voters share the blame on this one. We have allowed the lines that were never firm to begin with, to become more and more wobbly until they have been breached to a point where they do not exist. The theological focus that has risen to the fore is not the gentle “Jesus loves you” philosophy. What is coming out is the militant, bible thumping, “kill the sinner” thinking. We have allowed it. We allowed it in modern history when we did not protest “The President’s Prayer Breakfast” starring Billy Graham that was pushed upon an unwilling Dwight David Eisenhower. We allowed it when the name of that breakfast became “The National Day of Prayer,” still starring the aforementioned Mr. Graham, and untold numbers of Fundamentalist preachers. We allowed it when George W. Bush instituted the concept of “Faith Based Agencies” becoming the recipients of tax monies for their charitable works. We allowed it when the rules were changed to allow these “Faith-Based Agencies” to proselytize and still receive the tax monies.

We allowed it when we did not protest our Presidential candidates being put through questioning by a leading Fundamentalist preacher and wealthy head of a California mega-church, as if this biased poser should have a say in the election process beyond the one vote he is entitled to. We allowed it every time we sat by and watched a candidate being questioned as to whether he believed in god, which god he believed in, and whether he belonged to a church. (If he belonged to a synagogue or a mosque it is almost certain he would not have made it this far, so few have.) We allowed it every time we were respectful of a candidate who maligned women, gay people or other minorities, and did it because of their misplaced belief in a literal, often mistaken biblical interpretation. We allowed it every time we did not vociferously point out that many of these people who use their bible as a battering ram are no better than the Fundamentalists of other lands who are doing the same thing even if more extreme. It would do us well to remember that the extremists of the Middle East had to begin somewhere. We allowed it and opened the door wider when we did not protest the religion-based hate literature that has perpetuated the persecution and the murders of GLBTI people and of doctors who have performed abortions.

And we allowed it when the Republican Senators and the two from Arkansas killed the repeal of “Don’t Ask, Don’t Tell.” Whatever the reason that was given by John McCain and his ilk, the real reason behind it was a pandering to the Religious Fundamentalists who the politicians in this country have not learned to ignore. Every excuse they used is hog wash. Almost all of the armed forces in the industrialized nations have accepted gay and lesbian soldiers without any breach in morale. There has never before been what amounts to a referendum among the military and their families as to whether any minority should serve beside them. There can be no other reason for all of this than to bow to those who believe homosexuality is a sinful choice. It is cynicism carried to the nth degree to use a group of people in this way, forcing them to remain at less than a first-class citizen status because of a clause in Leviticus that most of these people do not truly believe in. If they do believe in a literal interpretation then they should not be in positions of power. If we consider homosexuals as an abomination to god, do we also believe that Jonah lived in a whale? Do we believe that Noah built an arc that would be able to contain two of every creature that roamed the earth? Do we accept that children who are not respectful to their parents must be put to death? Do we believe our daughters may be sold by us into slavery? People who believe these things in a literal sense and use them as a guide in their decision making should not be making or interpreting laws that others must abide by.

It is sheer stupidity to reject scientific evidence in favor of what were no more than fables used for teaching purposes, laws that were designed to increase the populations of desert tribes and to meet the dietary and health needs of these early people in the days before refrigeration.

We have truly come to a time when we have allowed the inmates to be in charge of the asylum. This is true not only in the Congress, but proof is also present in a spate of election results that owe their success to Bachman, Palin, Beck, Armey and their so-called tea party cohorts. There is not a shred of compassion or expertise among them. They have lied and confabulated events for their own agenda and in too many cases the electorate, despite mountains of evidence to the contrary, has swallowed it all like one great stupidity pill. To quote, “There are none so blind as those who do not see.”

So stupidity is at the fore, and people continue to vote against their own best interests and the best interests of the country as a whole. They swallow the lies of an opposition party whose only agenda is to see that the President does not have a success in anything he attempts to do…. no matter what the long-term damage to the country they say they love. But then, the idealism of the Administration does not lead the way. It is idealism without strength.

“Don’t Ask, Don’t Tell” was sacrificed on the altar of political expediency and opportunism. Christians are no longer being fed to the lions, but it seems to me that gay people are being fed to those who purport to be Christian and Patriot…. those who want to take their country back. When we no longer wish to be part of their diet we will launch an era of Activism that will rival what was done by the Gay/Lesbian Community during the plague that was AIDS. Maybe then we’ll be able to say we’ve had enough, truly mean it, and make people hear us when we say “Never again!”

By: The David- It’s easy to place blame with out elected officials for Don’t Ask Don’t Tell, however We the People need to start looking to ourselves and what we allow.