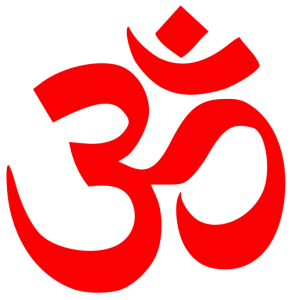 Ram Puniyani is a Professor in Biomedical Engineering at the Indian Institute of Technology, Powai. Apart from his teaching and research activities, he pursues a parallel track concerned with issues related to social problems, particularly the ones related to preservation of democratic and secular ethos in our life. He also has serious interest in the understanding the Human Rights of weaker sections of society. He is a member of EKTA, Committee for Communal Amity, Mumbai and has been associated with different secular initiatives for many years. He has also been engaged in understanding global and local changes, which have resulted in communal violence. He is particularly concerned with the adverse effects of globalisation and the rise of fundamentalism, particularly in India. Dr. Puniyani has contributed articles to various magazines and journals on these themes. He has authored three books around these subjects: Fascism of Sangh Parivar, The Other Cheek and Communal Politics: an illustrated primer. At present Dr.Puniyani is continuing with his endeavour to understand these phenomena with a focus on human relationships geared around substantive liberty, equality and fraternity.

RSS is one of the major organizations in the country which influences and controls different political and semi political organizations, calling themselves as Sangh Parivar. It does claim to be a cultural organization, but it is implementing its political agenda of achieving Hindu Nation by creating organizations, which implement its ideology and political agenda at different layers, by different means. While its progenies claim that they are autonomous, their autonomy is a ‘controlled autonomy’, the boundaries of their autonomy are decided by RSS, which directly or indirectly controls them. It is due to these facts that the statement of the Sarsanghchalak (Chief) of RSS cannot be taken lightly, they tell us about the political ideology of this combine and give the indication of the dynamics of politics which this organization is going to implement in times to come.

It is in this light that what Mohan Bhagawat said on 28th February (2010) in Bhopal at Hindu Samagam needs to be understood and taken as a warning signal. While speaking on the occasion, Bhagwat said that those who were Indians are Hindus and one who was not a Hindu he cannot be Indian. He reiterated that Hinduism is not a religion, it is a way of life and that if Hindus become stronger, Nation will become stronger.

At one level there is nothing new in this formulation. There is a change in presentation format and intensity of their definition of Hinduism and Hindus. The starting point of RSS ideology is Savarkar’s definition of Hindu being one who regards this land from Sindhu (Indus) to sea as holy land and father land. Here there is a clear indication that followers of those religions which did not originate in India are not Hindus, i.e. Muslims, Christians, Jews and Zoroastrians are out of the ambit of this definition.

After this first round of elimination comes the statement that the one who is not a Hindu cannot be an Indian. Here the story becomes complete, to deny citizenship status to all the followers of these religions. Another of the favorite line of RSS is dropped in here; that Hinduism is not a religion but a way of life. This formulation at a time was upheld by court judgment, but can this be ideologically true? Is it theologically valid? How does one define religion, and how does one define way of life. Way of life is a much broader concept than religion. Way of life includes; regional nuances, culture, food habits, social associations, the struggle for livelihood and much more come under this umbrella. Many a times, people of different religions have a way of life which has a big overlap, and mostly people of same religion may have a way of life which is very different from each other.

The way of life of Kerala Muslim was much closer to the Kerala Christian and Hindu, the way of life of a Punjabi Hindu may be very different from the way of life of a Bengali Hindu or a Hindu settled in Mauritius or UK and USA. People do adjust and adapt to each other cutting across their religious faith. That’s how the syncretic traditions and culture developed and flourished in India. That’s how we have Ramdeo Baba Pir in Rajasthan with following amongst Hindus and Muslims and we have Satya Pir in Orissa revered by people of all communities. Who can forget saints like Kabir who united the society along the moral values coming from different religions, and who can ignore the fact that the Sufi saint shrines are frequented by people of all religions. In Mumbai the Mount Mary Church of Mahim is a place where people from all religions light the candles and pay obeisance to Mother Mary.

The formulation ‘way of life’ has been deliberately propped up to confuse the scope of religion. While religion is itself a very broad category, including moral values, rituals, holy books, way of worship, presence of clergy and specific festivals, that does not exhaust the term way of life, which is much broader to begin with and is ever expanding, ever changing, ever trying to attain newer paths due to the process of social transformation, which is the key to social progress and community life. 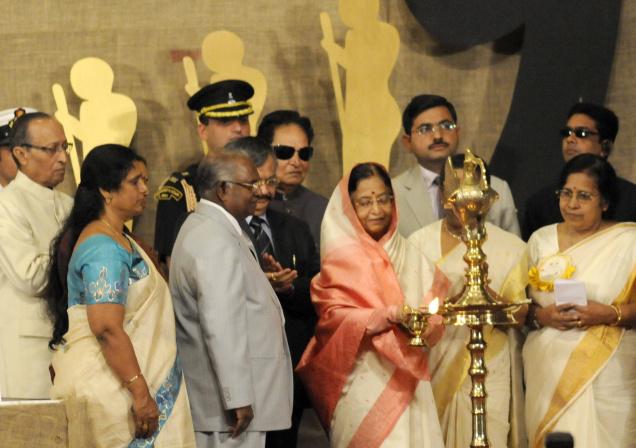 Coming to the formulation, ‘Hinduism is not a religion’, it is a mere eye wash to get legitimacy to put forward Hinduism’s claim to be the sole religion here in India. It is a clever ploy to impose Hindu religion on minorities. RSS knows like most others that Hinduism is a religion. Surely it is not a prophet based religion but it does have most features which qualify for it being called a religion. Mere absence of a prophet does not make it non-religion. As there is no prophet in Hinduism many ideologies, philosophies and faiths can survive within its pantheon. These range from the Atheist Charvak tradition to the belief in multiple Gods and Goddesses, to monotheism, to the concept of formless God, to the concept of God which is primarily based around virtuosity. But still Hinduism does qualify as a specific religion all the same. Hinduism has holy books, holy deities, rituals, specific philosophy, holy symbols like cow etc. Even RSS literature makes it clear that Hinduism is a religion. The oath admininistered at the time of joining RSS does mention Hinduism as a religion. Its books taught in various Sarswati Shishu mandirs etc. do refer to Cow as the Holy mother for Hindus, its biggest ever political campaign was in the name of Lord Ram’s temple in Ayodhya.
It is a deceptive and clever move by RSS to talk in many languages and dish out various formulations about Hinduism and Hindus. The idea is either to impose it on those who are not Hindus or to co-opt others into Hindus pantheon under the ploy that all are Hindus. Surely at one time the word Hindu began as a geographical category, for all those living on east of river Sindhu (Indus). After that the various locally prevalent religious traditions got clubbed as Hinduism and these traditions on one side were those based on Purush Sukta of Vedas (Brahmanism, caste hierarchy) and on the other, traditions which refuted Brahmanism (Shamanic traditions of Nath, Tantra, Bhakti Siddha etc,)  Like most religions Hinduism is also diverse one, but it is religion all the same.

So formulation that those who are not Hindus are not Indians is a big insult to Indian Constitution. India became a nation through it struggle to get independence. The national movement, which led the people against British colonial powers also acted, played the role of uniting people of all regions, religions, castes and gender into a single identity of Indian ness. Interestingly RSS which is talking of India, patriotism etc. was not a part of national movement. Its patriotism was sleeping when the whole nation was struggling against British rule. On the contrary one of its trained pracharak of RSS went on to kill the spirit of Indian-ness, father of the Indian nation, Mahatma Gandhi. Contrary to what RSS says people of India rejected the ideology of RSS, its politics all through. Not only Hindu nationalism of RSS but also the Muslim Nationalism of Muslim League was also dumped by the people of India. It is only due to British Policy of ‘divide and rule’ that communalists like Muslim league and RSS survived, and the latter has hit back from the decade of 1980 due to multiple factors.

Indian Constitution is the embodiment of the values of national movement, the movement for getting freedom of the country. It is based on the values of Liberty, Equality and Fraternity. Equality is mentioned to indicate that irrespective of religion, caste and gender, we are equal citizens. The ideas being propagated by RSS and its progeny are against the grain of Indian nationalism, against Indian Constitution, so there is an urgent need that we counter the communal ideology of RSS.

To say that nation will become strong if Hindus become strong, is again in total violation of the soul and spirit of Indian nationalism. The people of all religious communities have contributed to the making of this nation. People of all religious communities constitute Indian nation. The myth of Hindu unity or for that matter the unity of any people along religious lines had no place in History neither it has any relevance in today’s society. The states are formed on geographical lines and only those ideologies which are inclusive of all have a place in History. The exclusive, divisive notions like the ones’ of RSS, Muslim League of yesteryears and Muslim Communalism of today and Christian Fundamentalism prevalent in parts of West,  deserve to be put in the dustbin, deserve to be rejected lock stock and barrel.

What does Hindu becoming strong mean. Today majority of Hindus are living below poverty line, problem of unemployment, displacement, regionalism and communalism are breaking the back of poor of the society. The whole notion of strength is misplaced. Strength of a community lies in its economic status, social security and human rights. And to talk of Hindu strength in the language of RSS is quite intimidtory to the non Hindus living in the country. We have to cater for all the religious communities and in addition to implement affirmative action for weaker sections of society.

We need to understand that the whole ideology and propaganda of RSS is against the values of Indian nationalism and should be treated with the contempt which such anti national ideas deserve.