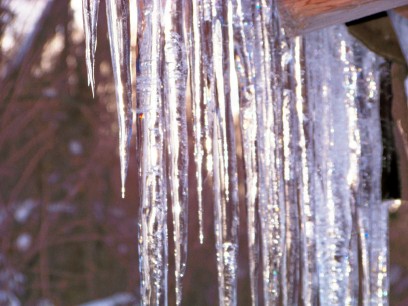 Observing the weather of the past few months, we can wonder at the severity of the cold that has over-spread the country, and indeed the world as a whole. The U.K. and the countries on the Continent have had more than a fair share of the white stuff that has fallen and crippled large areas. In the United States various regions have been inundated with snow and ice. Major cities have been forced to curtail much of their activity: Detroit, Philadelphia, Baltimore, they have all felt Winter’s sting. Washington D.C. has had to close government buildings and furlough employees until the snow can be removed…. and another storm is due, expected to dump several inches more on that beleaguered burg. Hardship and frustration are at the fore.

South eastern Florida, along the Treasure Coast has seen these days of winter produce record busting temperatures in the high 20s F, causing a freeze that has killed tropical foliage, and left many palm trees moribund. Citrus crops have suffered, as have so many of the vegetable plants that go to feed the country through the Winter. Areas that do not know Winter are seeing the manifestations of it in very extreme ways.

One cry that has been heard with increasing frequency during this frigid period is, “So, where did your global warming go to?” Or one may ask, “Where is global warming when you need it?” The short answer is: It is here, and these are it’s early manifestations. No scientist has ever told the world that Global Warming would arrive all at once, and the world climate will make a dramatic shift, and suddenly it will be very hot.

That is not the way it is going to happen.

Our lifestyle is one of the greatest contributors to Global Warming. Corporate greed and personal greed also contribute. Our need to be the greatest and to be so immediately is a cause. From those three factors flow all of the sins we commit against the environment. Deforestation and loss of uncountable acreage in the Rain Forests, our dependence on fossil fuels, our meat-loaded diets, the corporate push for us to own the biggest and “the best,” our willingness to accede to the corporate propaganda, all of these contribute to the problem that is on our collective threshold and knocking on our doors.

One might say, “But it is cold, we are having blizzards, no way the world is getting warmer. Just look out the window.” Yes it is cold, and yes we are having very intense storms this winter. Yes we are. But, be aware that such intense storms are an early sign of the impending warming disasters to come. Blizzards become more severe and may hit areas that do not usually suffer large snow events. Unusual and heavy rains and subsequent flooding are and will continue to be a problem in our world. If we take an over-view we will see that drought and famine are becoming more frequent and visiting larger areas of our globe. We have seen an increase in tornado activity, and these wind storms are more severe. With the warming of the ocean, we see hurricanes that are massive in their size and frightening in their intensity.

Another harbinger of what is to come is the spread of pestilence and disease. In the past few years we have seen Avian Influenza and the H1N1 or Swine Flu Virus walk in and make themselves at home. The threat of these and other diseases is there and must be taken seriously. We have also begun to see species that in years past were confined to the tropical rivers and swamps of the Everglades are now much farther North in the Florida peninsula. Marine life has also begun to shift, with tropical species becoming at home in waters that had been just a bit too cool for them. As these animals and fish slowly proceed North, they displace and endanger native fauna and sea life directly or, sometimes indirectly by voracious consumption of the food supply.

Harbingers of things to come. Webster defines “harbinger” as “one that presages or foreshadows what is to come.”

We have seen some of the effects of actual global warming as we witness glaciers melting, and species endangered because of warming temperatures at both poles. There are many species in danger, and not the least of these is man himself who, in this instance, may very well be done in by his own character flaws. And this, this is only the beginning.

Is there a solution? Are we too late to halt what is happening to our earth, or can we at least slow down the process so that we, as a species, may at least adapt? Many scientists say that we are too late, that we have ignored the warnings and what has occurred is irreversible, and what is to be is inevitable. Others tell us that we can slow the process, that we can make a difference en’ mass. I hope the voices of the latter are correct. The answers aren’t that easy to come by. How does one control the greed of individuals and corporations? How do we make a difference?

One sure way is to take seriously the evidence of scientists the world over. Stop scoffing at whatever makes us uncomfortable, and join in a concerted effort to do the things that are recommended: recycle; drive less and drive an energy efficient vehicle; use public transportation more often; whenever possible; buy food-stuffs that are grown locally; read and become more aware of the effect our own individual lifestyle has on the planet and vote out of office any politician who is not willing to get on board and assist in what could very well be the last push to save Mother Earth.

The David – Areas that do not know winters are seeing manifestations of it in very extreme ways.

Christians on the Razor’s Edge.