Recently an African-American friend of mine asked me a rather strange question.  “Do you know what really annoys me?” he asked.  I don’t know, what?  That Obama sold out healthcare?  The high price of gold?  My current bad hair day?  Sarah Palin pretending to be a populist?  What?  “It’s the way that some African-American women just look at me like I was a piece of fresh meat.”  Oh dear.  Do we really want to go there?

“Sometimes you can just see their minds working.  ‘If I can just convince him that I’m sexy, then he’ll want me for my body and if he wants me badly enough, then he’ll marry me and then we can have chiilren.’  I call it ‘Motherhood Fever’.  And it just drives me nuts.”

I can get behind that.  Babies are totally cute — and for a very good reason.  They are purposely made that way in order to preserve the species.  If a baby is cute enough, then you will be more likely to put up with all that diaper-changing and incessant crying and having to walk the floor with them at night.

In fact, I’m even about to bounce up to the local maternity hospital and ask them if I can volunteer in the baby nursery there.  Why not?  I’m a world record-holder for getting a collicky baby to smile — two minutes or less!  You got a collicky one-month-old?  Call me!  I’m there!  But I digress.

“These time-ticking lady baby machines don’t even see me as a person,” continued my friend.  “It’s enough to put one off of sex forever.  Whenever I see one of those women coming in those tight spandex dresses that show everything, all I want to do is run!”  I used to be that way.  I used to equate sex with love.  Back in the 1960s, almost every man in Berkeley wanted me because I was HOT.  But none of them loved me for myself.  But then finally it dawned on me.  Men DO NOT equate sex with love.  Except perhaps for Tiger Woods.  I totally understand where these women are coming from.  I used to be that way too. 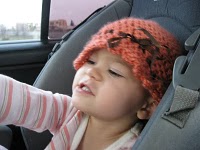 “Will somebody PLEEZE up the supply of eligible Black men so I can just get on with my life!” sighed my friend.

Hey, that’s easy to do.  Let’s stop putting so many African-American men in jail for crimes that don’t involve others (such as Lil’ Wayne being jailed for smoking pot and owning guns — where is the NRA when you really need it?) and spend all the tax money we save on better schools and more jobs.  Problem solved.

And then I got to thinking about how my friend’s situation might also apply to the men of Afghanistan and Iraq.  Perhaps as many as one million men have been killed over there in the last nine years, plus, to quote a recent article in Yahoo News, “Cancer is spreading like wildfire in Iraq….  The cancer rate in the province of Babil, south of Baghdad, has risen from 500 diagnosed cases in 2004 to 9,082 in 2009.”  Just think about that.

What if the women of Iraq and Afghanistan are now developing “Motherhood Fever” too?  Then the counterinsurgents will not only have to be out fighting off the U.S. military all the time, but also they will have to be spending every spare moment fighting off prospective brides as well.  With all that cat-fighting going on, it’s becoming like an Afghan version of “The Bachelor”.

I’ve got an answer to that problem too.  Just ship all the excess women that have been created by “war” in the Middle East off to China.  There’s a vast shortage of women in rural China I’ve been told.  Arab women would be appreciated in rural China.  And I bet that African-American women would be appreciated there too.  Heck, ship me off there as well — but I would prefer not to marry a farmer.  Plowing ruins the nails.

I think that white American women probably also have the same problem as African-American and Arab women.  Apparently the toll on the number of eligible white American males as a result of the “wars” in Iraq and Afghanistan has been fairly high too — much higher than we think.  There are a lot less American men than there used to be due to all those unnecessary Bush-Obama administration “wars” in the Middle East.  If you don’t just count the soldiers who have died in-country but also count in all those soldiers who died after being evacuated, all the military suicides, all the victims of Gulf War Syndrome, all the violent deaths of victims of returned soldiers with PTSD and all the soldiers who nobody would want to marry anyway because they have already died inside their minds after returning from the horrors of those wars, then you have a significantly lower number of eligible white American men for all America’s desperate “Bachelorettes”.

According to Army Times, “Americans should prepare to accept hundreds of U.S. casualties each month in Afghanistan during spring offensives with enemy forces.”  Then they quote Gen. Barry McCaffrey,  an adjunct professor of international affairs at the U.S. Military Academy at West Point as saying, “What I want to do is signal that this thing is going to be $5 billion to $10 billion a month and 300 to 500 killed and wounded a month by next summer.  That’s what we probably should expect. And that’s light casualties,”

Long-time war correspondent Lori Gricker just published a book entitled, “Afterwar:  Veterans From a World of Conflict”.  In Chris Hedges’ review of Gricker’s book in the Los Angeles Times, he stated that, “Those who pay the price, those who are maimed forever by war, are shunted aside, crumpled up and thrown away.  They are war’s refuse.  We do not see them.  We do not hear them….  The message they bring is too painful for us to hear.”  But these huge numbers of American men who are no longer on the marriage market still exist. 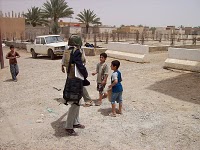 In 2007, blogger-activist Clive Boustred collected data from a Veterans Administration website and added up the figures.  “On page 7 of the official VA report, the number of U.S. soldiers partaking in the illegal invasion of the Gulf is listed as 6,838,541 soldiers. Just below that the VA estimated number of living soldiers is listed at 4,525,865.  In other words 2,312,676 US Gulf War Veterans are dead!  Not many active duty soldiers serving from 1990 are likely to have died from old age or natural causes by April 2007.  The report details deaths in various conflicts as reported to the VA by DoD, utterly contradicting the government and mainstream media number of 4,000 dead.”

According to journalist T. Christian Miller, there is also a big problem among contractors who worked abroad for such companies as Blackwater and KBR and came back disabled and maimed for life.  Are they being counted too?  Not according to Miller.  In an article entitled, “Injured Abroad, Neglected at Home: Labor Dept. Slow to Help War Zone Contractors,” Miller stated that, “More than 1,600 civilian [contractors] have died and 37,000 have reported injuries.”

I  wrote an article on the subject of injured returned contractors — regarding an acquaintance of mine named Dave Crow.  Dave allegedly committed suicide after returning from Iraq, where he was exposed to toxic waste.  Whether he killed himself or died some other way, Dave had become a “Dead Man Walking” from the moment he came home from Iraq.  “I was only over there for four months,” he told me.  “I was a truck driver for KBR.  The money was good.  But our camp was located over the site of a former depleted uranium dump and I got really sick.  My body started just wasting away and now I’m weak, unhealthy, living in a trailer outside of San Diego and basically screwed up.”  Our Dave is now dead.  No wedding date for him.
http://www.opednews.com/articles/opedne_jane_sti_080312_death_on_the_freeway.htm

While  in Argentina last month, I heard a lot of talk about the mistreatment of both soldiers and veterans of the Falkland Island wars.  Apparently Argentina’s military dictatorship had wanted this war as a means of distracting people away from hatred of their totalitarian regime.  So the dictatorship sent a bunch of ill-equipped and ill-trained young boys out to the Falklands in sub-zero-degree temperatures to die horrendous, painful and unnecessary deaths for no reason.  These boys were not even given warm overcoats.  Many — if not most — of them simply froze to death.  Argentinians are still really pissed off about that — especially the women.

And if I was a young Afghan, Iraqi or American woman today, I would be pissed off too — and angry enough to put an end to all war!

Jane Stillwater says, one very good reason for ending warfare is, we’re running out of men.

The Acceptable Abuse: Women and Dowries in India