The Acceptable Abuse: Women and Dowries in India 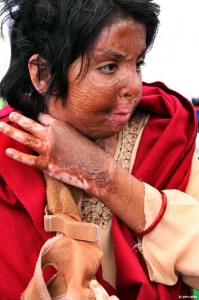 As India quickly emerges into a world power, an issue has arisen that affects the caste system from the poorest of the poor to the richest of the rich: the material value of dowries. The tradition of dowries is strong in India, so much so that instead of being pushed aside as Western materialistic and monetary expectations turn the cultural expectations from the spiritual to the secular, the prices of dowries have soared as a result of  the new benchmarks for quality of life modern Western society has set. The largest sector in India to have felt the brunt of this increase are not the castes; whether it be the poorest to the richest; but the feminine gender contained in each of those castes.

Estimates place the ratio of  women at eight for every 10 men in India. In the mainstream Indian culture, a married man is considered  an elevation in the man’s status within his community. The increasing ratio of men to women in India’s populous has been discussed as a masculine problem although almost no attention has been focused on the major area that has caused this imbalance of genders in the Indian culture: dowries. The payment of monies and/or land, animals, furniture as well as other assets of the bride’s family, the dowry, called ‘Dahej’, along with the bride, called Kanyadaan, is still considered an important aspect of the majority of Indian marriages, even  though the practice of dahej was legally prohibited in 1961 by the Indian government. As India’s wealth and status in the world climbs, so does the costs to the bride’s family as to what is acceptable for a dahej.  The families feel  ‘burdened’ by having daughters to disconsolateness. It takes marrying off only one daughter to destroy the average Indian family’s savings.  Having two, three or more daughters guarantees that family’s economic, emotional, social and psychological implosion.

The cost of the dahej does not end for some women once the marriage has begun. If the amount of the dahej is considered insufficient by the bridegroom’s family, or if the bride’s family is remiss on payment of the dahej, women are made to suffer for the ‘sins’ of their families. The actions taken towards those women can be anywhere from  harassment or abuse; to having kerosene  poured on the woman then set alight, called ‘bride burning’, in its severest form of showing dissatisfaction. While accurate records are not kept by the Indian government on the number of ‘bride burning’ incidences,  5,377 were reported as such in 1993.  It is estimated that this is approximately a mere five percent of the incidences that have actually occurred are called murder, with the majority of  burnt brides classified as accidents or suicides by the family. According to one social agency,  in Delhi a woman is burned to death almost every twelve hours. Though the price some married women pay to have the honoured title of ‘wife’ would appear high, the cost to women yet to marry is as treacherous.

The struggle for women in India begins before they are born; families do not look at girls as blessings to their numbers. Many families will celebrate the birth of a son but will mourn for the birth of a baby girl as the family sees not what a baby girl will bring to the lives of that family, but the cost that baby will bring to the family in the future. In North America or Europe, when a little girl goes missing,  it is worthy of being national news no matter how small of a town she comes from; in India it is estimated that almost 1,000,000 girls and women have disappeared yet little is said about this statistic. Orphanages in India are stocked with a large number of girls who have been abandoned by their families on the orphanage’s door steps or simply left at the side of a road with the knowledge that they were not tossed aside because of who they are but for what their future will cost their families.

With the universality of foetal technology access such as ultrasounds, an entire new lucrative career has opened up in India. The poorest of pregnant women and their families will give all that they can in order to have these tests made in order to determine the sex of the child  the woman is carrying. Although it is illegal for a doctor to tell the woman what the sex of the baby is in India, the nurses, whether out of true concern for the welfare of the women or for the price of a bribe, often will tell the woman the sex of the baby,  whether they actually know the sex or not. This has led to a secondary lucrative business in India; abortion clinics. There are no official statistics for the reasons for the around 6.7 million abortions performed in India a year, but with the gender bias against women as strong as it is, one can extrapolate that a fair percentage of those operations  are not because of genetic defects or medical issues with the women who have them performed.

There are two questions that come to mind when looks at the custom of dahej. At what point will the men of India decide that the percentage of available women to marry is far enough below the average to create a handicap to marriage, and subsequently a  loss of respect for their brothers and sons? What will the condition of the female gender be when India has reached its desired entry into the Western World’s definition of ‘developed’? Will the practice of dahej still exist as openly as it does currently?

To judge India by North American and European standards on the treatment of women is hypocritical in both the widest and narrowest of thought; the two societies both have their fair share of dirty secrets when it comes to the equality of women. What occurs in India happens on the two continents as well, although it is far less openly accepted or as final as the ‘bride burning’.  One only needs to look at the occupancy rates in women’s shelters, at  court records and internet snuff sites. The difference between Europe and North America and India is on the will of the criminal justice system to prosecute those who get caught. Perhaps the real question will not be whether India’s government will look at the dahej as something more serious than they are treating it now but whether India is ready to accept putting these actions farther into the shadows to satisfy the palettes of good international etiquette.

By:  A.B. Thomas As India quickly emerges into a world power, an issue has arisen that affects the caste system from the poorest of the poor to the richest of the rich: the material value of dowries. The tradition of dowries is strong in India, so much so that instead of being pushed aside as…