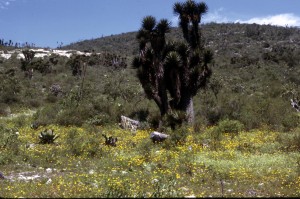 They were seven and nine; that age when indulging in play acting and secret shopping trips are the most fun, when those wide believing eyes create phantoms, heroes, magicians and villains out of dust and air.  “What do you  want for Christmas?”  I asked, snuggling down with them to read their latest comic books.  With Spanish a very rough second language, comic books and comic fashioned novellas at least kept my reading ability on par with theirs.

“Santa Claus doesn’t come here,” informed the girl, the younger of the two, her fingers carefully keeping track of the adventures of Topo Gigio.  Her eyes were neither sad nor bitter.  It was simply a matter of fact.

“Santa Claus only comes to the rich people’s houses and to the United States,” said the boy.  “We get visited by the Three Kings, but not until January sixth.”

They shook their heads.  The little Indian village outside of Tehuacan didn’t celebrate Christmas this way.  I felt cheated.  After several years of constant travel, this would be the first Christmas I’d spent with a family instead of in a hotel room, and they didn’t celebrate.  At least, not by my understanding.

I wanted a Christmas with children gathered around a tree, with egg nog, and stockings full of apples, oranges and fruit.  I wanted to buy the children toys.  I had been living within the village for six months, daily trying to answer questions about my life and my customs.  I decided now was as good a time as any to demonstrate a little about how I had been raised.

The first thing I needed was a tree.  As soon as I set out on my solitary trip to find one, I realized how difficult this was going to be on a high desert plateau whose main plant life consisted of a variety of cacti.  Evergreens didn’t find a great deal of encouragement.  In fact, it soon became obvious that the entire species had chosen a more water rich location.  I finally settled on a plant that had grown about four feet high with flurried branches covered with short, thin conical nubs that looked very much like the needles of a spruce trees, although very pale in color, and soft.  When I shook it, some of the roots pulled loose.  Delighted with the shallow root base, I dug the entire plant up instead of chopping it at its base.

The people of the village were amazed when they saw me drag the plant back to my living quarters, which of itself was a very strange one.  My host, was a rather erratic part-genius, part lunatic who made his living loosely as the local photographer and occasionally from selling Volkswagons.  At some point in his random searches for intellectual stimulation, he had fashioned the idea that his house should be a dome.  Not a modest, mud baked dome, but a large, poured concrete dome at the very top of the plateau.  His walls were not a problem, but creating a roof that would withstand the Santa Ana winds that swept through the village every day promptly at five P.M., then settled down by seven, followed by torrential rains that promptly stopped in the early morning had proven beyond his capabilities.  Every time he put the framework of the two by fours up; the wind ripped it apart in the afternoon.  He finally settled for a patchwork of boards laid across the top, battening down a number of canvas tarps that periodically found new escape routes for the evening rain while he mulled over his problem.

Manuel’s leaky roof didn’t make him very popular in the eyes of his wife and children, but bringing an American with her Mexico City companion into his home had brought him some esteem, and even enough grudging respect from his wife to begin cooking meals again.  The respect, at the moment I placed the plant in an aging water bucket, packed dirt around it and placed it in the center of our circular home, turned into chuckles and amused curiosity.  Over the next few days, neighbors drifted in and out, watching me make decorations out of colored paper and tin foil.

Eventually, I drew Victor into the plot.  He laughed when he saw my choice for a tree, but the next day, he bought some popped corn and begin stringing it together.  With a fellow co-conspirator, we gleefully picked out some small gifts, a couple kilos of apples and oranges, and a variety of candy for the big day.

My Christmas tree had gained Manuel so much prestige, his house was chosen as the resting place for the plastic baby Jesus in their annual Christmas Eve march.  This march began at the bottom of the hill, where one household, bearing the baby Jesus, went out, singing songs and rejoicing, to the next household, who followed them out, until the entire population was weaving its way up the hill, holding candles and singing.

In that spiritual journey of souls wandering out into the night to announce their rejoicing, I nearly forgot our crafty plans for Christmas morning.  While the more mentality spirited drifted away from the refreshments offered by the host and other members of the community to lay down their prayers at the chapel before returning home, the ones who relied on more artificially induced spirits, stuck around until they felt adequately fortified.  It wasn’t until the last of the party makers had taken their noise outside and the house returned to its own private normalcy, that I realized the children had gone to sleep.  I gloated.  Now I could play Santa Claus.

Victor wasn’t to be left out.  Together, we arranged the wrapped gifts, the fruit and the candy under the Christmas tree.  Almost as excited as children ourselves, we got into bed and closed our eyes shut, anticipating the reaction in the morning.

We woke to the satisfying sounds of “que honda” and childish demands for mama to come and witness what had been presented mysteriously, in the middle of the room, while they slept.  “Al mejor, llego Santa Claus,” suggested Victor when placed under the interrogation squad.

The little girl was skeptical.  “Al mejor, era Buddha,” she argued agreeably, reflecting a general opinion that Buddha, Jesus, Kings, Angels and maybe even Santa were all wrapped together into one entity.  The boy walked up to Victor and rubbed the slight paunch of a belly that showed a fondness for sweets.  “Buddha, Buddha, Buddha,” said the boy energetically, enticing some of the luck that seemed to follow Victor to fall into his own hands.

They were slow about opening the presents.  As they unwrapped each one, they carefully folded the paper and laid out the ribbon.  Once the extent of the bonanza had been fully revealed, they sat back on their heels awhile, meditating on their unexpected wealth.  There was really nothing spectacular in their assortments; a doll for her, a truck for him, marbles and jacks, some comic books and an assortment of key chain trinkets we paid for with what amounted to pennies in the Mexico City wholesale market, but they marveled at their treasures.  After a short while, without a word; as though by telepathic consent: they re-wrapped their gifts and returned to bed.  While I was still puzzling over this behavior, they suddenly popped their heads up and repeated the surprised exclamations of their initiation into Santa Claus land.

They did this for most of the day, barely disturbing the shining surfaces of their new toys, but wrapping and unwrapping them again and again.  By evening, the novelty had finally worn off, and they dawdled over a dinner badly spoiled by fruit and candy.  After so much excited chatter, they were strangely quiet.  They picked through their comic books and key rings, agreed upon a few items, then wrapped them carefully in the by now, very fragile paper.  They added a couple of oranges, some apples and a handful of candy, then started outside.

As it was evening and too late to be outside playing, the mother asked them sharply where they were going.  “To the neighbors,” explained the boy.  “We have much, and they have nothing.  We want Santa Claus to visit them, too.”

It was a mild disruption in their usual tradition; this Santa Claus from the northern realms, this personage strangely not at all unlike themselves.  When there was plenty for the getting, they wished to share.  Their favorite toys were cautiously placed away in a drawer for safe keeping.  By December fifth, the marbles, jacks and comic books were well used.  They settled into their beds with the same excitement Victor and I had settled on Christmas Eve, and woke to the same traditional gifts they received each year; a new set of clothing for the boy; a party dress for the girl, new shoes, socks and underwear.

They lived, as I had lived, within their traditions and played them out in orderly fashion, never questioning the wisdom behind them.  Whether it was Santa Claus with toys, the Day of the Kings with new clothing, or just a wonderful rejoicing that light was returning to the earth, they lived within a marvel of humankind’s ability to put aside its own suffering, if just for a day, to reach out without fear, condemnation or judgement to celebrate the symbols of unselfish love.

By Karla Fetrow They were seven and nine; that age when indulging in play acting and secret shopping trips are the most fun, when those wide believing eyes create phantoms, heroes, magicians and villains out of dust and air.  “What do you  want for Christmas?”  I asked, snuggling down with them to read their latest…

The Quest for the Grail or Similar Knowledge II

Searching for the Soul of New Orleans