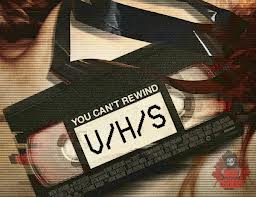 A Cinematic History of Violence

John Waters’ Serial Mom was not the first R-rated movie I saw, but it was the first gratuitously violent movie I ever permitted myself to watch. Upon viewing the gore, I felt a sickly sensation–a feeling of genuine human exploitation; I internally grieved over the fictitious dead person and felt some sort of vicarious pain. Now at last I understood what was so “bad” about R-rated flicks–the suffering, the blood thirst of the entertainer, who chose to share this perverted vision with me.

Before watching that flick, I vaguely remember witnessing mainstream scenes of violence, usually “justified” violence or historical violence. When people had to die during family-appropriate or moralistic violence, the camera was never steady. The montages were fast-moving, guilt-ridden, almost squeamish of what we were seeing–the callous dissection of life, the rape of joy, the destruction of happiness.

Along the way to maturity, a funny thing happened. The violent thoughts and scattershot images of death that the movies flashed us soon birthed something sinister. No, not gore and hyper focusing on human atrocity–that’s been going on since filmmakers first learned how to create fake blood and chilling screams.

What happened was that my generation, and my bastard children of Generation Y, soon developed a contempt for human life. Whatever was peaceful felt wrong. Depictions of happiness were gratuitous and a sure-fire way to send the audience into a rage. Bliss was the imperfection that had to be resolved. Conflict was the missing element of paradise.

I wish I could say that this was simply a movie trend; that simulated violence merely escalates, as it does with every generation. Bonnie & Clyde begets A Clockwork Orange begets Cannibal Holocaust begets Caligula all the way down to A Serbian Film. However, I fear it is a social trend. And as pretentious and enticing as it is for me to say it’s a generational thing, history tells me otherwise.

As much of a people-hater as I am, even I am appalled at how angry society is–their hunger for lynching, for mob brutality, for their stubborn insistence on viewing life as something “good or evil.” It reminds me that behind my anti-social tendencies, and intolerance for excessive and doltish jabbering, that I don’t actually want to see anyone suffer. Ideally, I would live in a cave and stay clear of the human race, wishing them nothing but the best. I don’t wish death upon even the most hostile of creatures, which may seem like a strange thing for a people-hater to say.

But these humans, my contemporaries, are people who are not appeased at the idea of bad people suffering from their own poor decisions, stuck in an internal hell-fire of self-loathing. They want to see the guilty gored and pulled apart, their blood spattered and their organs dispersed; they have a third for blood, an animal appetite within them that can only be satiated with violence. They want someone to blame for all ills of the world and they want to watch the disemboweling happen right in front of them, so that they can feel the kill.

Simulated gore and violence, which now permeates television, showing what was once R-rated content on TV-PG and TV-14 shows, isn’t enough. We are left with such visceral disgust for life that we look for enemies to hate. We look for ideologies to war against, we look for archetypical personality types to loathe, and we look for “stupid people” to deride. We elevate criminals and the mentally ill to celebrity status. No, we don’t “worship” them–we offer them up in ritualistic human sacrifice. We want to abuse them and watch them burn to a crisp, we want to watch decay in front of us, picking apart their souls, waiting for the flame to die just so we can bastardize their name, bury and exhume any remaining dignity, and make our all important point.

Feeling the vitriol of this generation–indeed my own generation–allows me to experience what it must have been like to be a Roman citizen back in the day, so bored and disillusioned with peasant or plebeian life, that to watch someone accused of a crime be torn apart by lions or crucified, was the equivalent of a TV movie of the week. It wasn’t about the savagery, so they said. It was about justice being served. It was about watching someone lower than you receive their full comeuppance. Why show sympathy, they asked? These men and women, the filthy lot, they all deserved to die. We all deserve today, some more than others, some today, some tomorrow. These were the dregs of society, the ones we anointed as despicable and without redemption.

If only I could end this article by having a senior moment–by decrying my younger generation and lamenting about how it was so different in the old days. Unfortunately, what I see in my own generation mirrors what I see in every one. What we once called savagery, barbarism, by ancient Israelite, Greek, Roman and Colonial society, I now realize was little more than typical human entertainment, the blood lust, that our species demands from books, from movies and TV shows, and from our everyday repartee with social networking friends.

That’s what leads me to believe that TV and movies aren’t violent. Religion isn’t violent. Politics are not violent. These are all dead things, infused with life by us, violent and blood thirsty beings who cannot tolerate anything status quo, anything remotely feel good or genuine. Anything less than chicanery, than double-crossing, than exploitation and conspiracy to harm the innocent, just wouldn’t be natural. Something would be hidden, something would stink. There is always a bad guy. There is always a villain in the shadows, the one we all want dead.

A predominantly carnivorous society of “civilized mammals” such as us lives for blood, the blood of animals, and the blood of their fellow human beings through civilized entertainment featuring violence and conflict. Perhaps the most depressing thought I have ever heard in my lifetime of depressing imagery, is the idea that such a pretty place as Heaven cannot possibly exist.

Because to be in heaven, to free of this human savagery that has always been and always should be, would be unimaginable and illogical. Surely, this hypothetical “God” in Heaven would be an evil being, for to be “good” without any particular reason to be good, would simply be unthinkable. Heaven would not be a place of rest or of redemption but an eternity of insufferable boredom. What would we do? How tedious would this peaceful life be?

I think whatever Heaven or Hell is, even if it’s nothing but a cold grave of nothingness, would be far more enjoyable than spending another moment with human beings.

The Late Mitchell Warren is the author of The End of the Magical Kingdom, a comedy / horror / political satire.  This so-called “Tragic Parody” series is a commentary on violence, war and Disney-fied politics.

I stared too long into the Internet, what I saw was the Internet looking back, and it was me