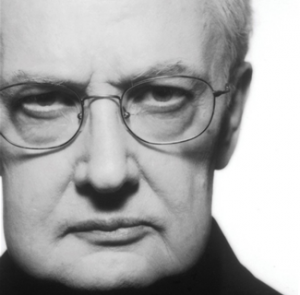 Roger Ebert was a ridiculously courageous man, to the point of caricature. His biting words haunted actors and directors who knew that they could create better art. His book covers reminded Hollywood that their movies “sucked”, and that the audience will always have high expectations, and that they will leave unforgiving reviews when they feel betrayed. He wasn’t only teased by the likes of David Letterman and insulted by his jocular buddy Gene Siskel; he was even parodied on TV shows like Animaniacs, South Park and The Critic, for no other reason except that he—The Roger Ebert—could take a punch. And laugh about it. And review it, and remind you of how much it sucked.

Roger Ebert wasn’t afraid to speak his mind, but film criticism itself has a reputation for being cruel. Ebert actually bucked the system by speaking his opinions, writing out his rants, and having some good-natured (no, more like evil-natured) fun with movies that he personally “hated hated hated.”

Like all sour-minded critics of cinema, of life, Ebert went for the jugular when he was challenged. Just witness his off-camera, deleted scenes in which he attacked Siskel, trading him blow for blow, whenever Siskel wanted to get frisky about Roger’s weight.

Towards the end of his life, Roger stopped writing as “the critic” and started reflecting more on the movies he really liked, the school of criticism, the elitist mentality, be damned. He went against the grain. He thumbs upped what others would not tolerate. He even reversed his thumbs down selections, and had the courage to admit he initially made a mistake. He, the infallible critic, expressing humility. How cliched, Roger. And yet how satisfying.

What truly made Roger courageous, to an uncompromising degree, was that he wasn’t afraid of physical illness, nor of showing himself to the world, ready to work, ready to fight, ready to live despite a ravaging battle with thyroid and salivary cancer. He once commented to the Chicago Sun-Times, “We spend too much time hiding illness,” and that he welcomed to paparazzi to publish pictures of his deteriorated form. Naturally, the paparazzi scattered at such a roar, while the jungle of journalism bowed. He continued to write, to criticize, even when he lost his voice.

As if we’re surprised, Ebert said he didn’t fear death. “I know it is coming, and I do not fear it, because I believe there is nothing on the other side of death to fear.” Something in between an agnostic and ignostic, Ebert seemed intrigued at the concept of God and an afterlife, even while expecting very little and having reservations about how spirituality should be defined. As if life beyond the human circle was merely a film created by an untested director, as if he wouldn’t be surprised to see Rob Schneider or Vincent Gallo at the Pearly Gates, since that would probably explain a lot about the ineptitude of humanity.

Roger Ebert was a cerebral beast of great courage, and as important to modern journalism as any Walter Cronkite, Joseph Pulitzer or Hunter S. Thompson. One could try to give him two thumbs up or four stars for a life vividly lived, but it’s easy to imagine a colossally talented and artistically demanding Ebert rejecting such drivel.

A tribute to the Late Roger Ebert by Mitchell Warren.