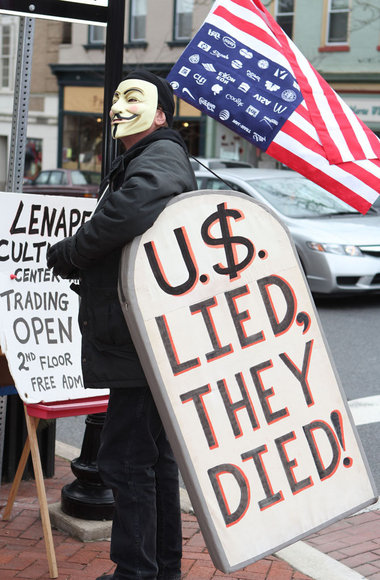 Here we are at the neginning of May and a lot of Americans are still in a fugue after finishing up their taxes.  A good many more aren’t finished and have filed extensions.

As sure as morning will arrive, you will hear people bitch and complain about paying taxes.  After all, our country was born out of a tax kerfuffle, and even if it had to do with no representation, we are not happy to be compelled to hand over our increase.

And why would we be?  It is one thing for a wage earner to support causes they believe in, or need  like local infrastructure.  I have never heard any great deal of bitching when rural property owners have to pony up to gravel a rode together.  It’s not exciting to spend money on gravel, but it makes getting home a lot easier.  People share the cost willingly when it makes sense.

But more and more nothing our taxes are collected for is making sense to the general constituency.  And, by more and more, I mean for over a century, this didn’t appear from nowhere.  One of the biggest problems constituents are having is the Federal Income Taxes.

Brought on by (what else?) war, the Federal Income Tax was first instituted in 1862 to support the Civil War effort.  Now there were taxes and tariffs before this but they were mostly on “stuff”; things like Alcohol, Tobacco, fine china, imports/exports and niceties.  All the “Stuff” taxes provided proficient money to run the government.  It did not however provide outfitting an army and fighting a war.

In 1868, Congress again focused its taxation efforts on tobacco and distilled spirits and eliminated the income tax in 1872. It had a short-lived revival in 1894 and 1895. In the latter year, the U.S. Supreme Court decided that the income tax was unconstitutional because it was not apportioned among the states in conformity with the Constitution

It was the 16th Amendment, passed in 1913 that made federal income taxes a permanent fixture.  So, next year maybe mail a nice pie or cupcake in with your return, for the 100th birthday of you paying protection fees to the U.S. government.

Now, it should not  have escaped notice that in the early 1900’s when the Federal Income taxes where made constitutional, it was also the birthing time of another important part of our government;  Special Interests.

Special Interests were really picking up at that time, politicians, businessmen and Hoods were keen on making money from constituents through construction of all sorts of things from roads to airplanes.  After all they had to find a way to supplement (and launder) the money they made/had made from alcohol and the prohibition thereof.

As part of the New Deal the withholding of income taxes was made constitutional in 1943, up until that time people could conceivably hide money in their mattresses or whatever and not pay taxes.  But the citizenry were sold on helping each other out and expanding their horizons through radio ads and wanted road and dams so they too could check out the cool places they heard of and partake of General Electric’s toys and gadgets.  Interesting that they forgot the Railroad managed to build a cross-continental line and expand their parent’s lives without taxes.

Here is the rub: Is it really the federal government’s place to collect from all of its citizens income taxes?  If not why are we not working to change the current tax laws so we can better manage our own resources from state to state as intended when we began this “great experiment.”  (Which, by the way was part of the reason the south seceded in the first place, they were fed up with paying taxes for exporting their highly profitable goods.-It was never about slavery, that was a happy convenience for the north.)

Many states themselves are saying enough is enough and if the Federal Government is not going to help our constituents to live manageably, we are.  Alaska, Florida, Nevada, South Dakota, Texas and Washington currently have no state income tax.  Tennessee and New Hampshire have only dividend income tax.  Currently the state of Tennessee is looking at getting rid of income tax all together as are Missouri, Massachusetts, North Dakota, Kansas and Oklahoma.

However the thinking behind this may be flawed.  Generally the pitch is “It will force the State to get rid of flawed, big government programs that don’t work and that make things worse.” Or “It will increase personal revenue thus injecting the economy.” or “Ending the income tax will make the legislature accountable to workers and taxpayers – instead of government employees, lobbyists and special interests who profit from high government spending.”

Some of these things may be true but what it won’t do is cast down laws agreed upon by voters to provide services within states like Mental Health , Social Services, Housing, Education(Including Higher) , Foster Care, etc.  These services will still need to be filled because to not fill them will put the state out of compliance and they will get sued and lose money because of it. These are the “Big Government Programs” people are complaining about. This isn’t an overwhelming problem; it’s just short-sighted.  If you are going to get rid of the funds also get rid of the things you agreed to pay for with them at the same time.  Just be prepared because currently “Big Government Programs” pay for over half the jobs in any given state either directly or indirectly through contracts.

What is an overwhelming problem is the states will be that much more beholden to the Federal Government.  What that means is if say we want collapsing bridges fixed we are going to do the Feds a favor and deport some immigrants, even if we don’t really want to. Or let them bust pot farmers, even if your state says it’s legal or enforce any other of their numerous stupid rules that are not regionally minded.   And we all want crumbling bridges fixed right?  But constituents don’t make that connection when voting; they just remember writing out that last income tax payment.

A better solution may be to keep the State Taxes and get rid of the Federal ones.  Yes, the Feds are going to cry “We are in an insurmountable amount of debt, Atlas will be released from his curse before we are out of debt and everyone in the nation owes…You guys are responsible!”

No you are not.

Americans may have bought into this in 1993 when Clinton was president and he passed  Revenue Reconciliation Act of 1993 into law- The act’s purpose was to reduce by approximately $496 billion the federal deficit that would otherwise accumulate in fiscal years 1994 through 1998.  But he also reduced taxes to middle income families AND nearly did away with our debt.

What we have on our tab now is not our fault.  We are paying for a war that our “representatives” voted for when they were scared and lied to.  Also they did not consult with their constituents, there wasn’t time given. So yeah, YOU have been taxed without representation because YOU had none of your letters, phone calls or protests heard.  And YOU have continued to be taxed without representation.  In fact the only people being represented or “heard” are the Special Interest groups that sprung from the criminal activity of the prohibition era.

What did we do last time we were taxed without representation?

However we don’t need to break up, we just need some serious considering of our relationship here in the U.S.  We need couples therapy between the States and the Feds.  The States need to be empowered so they will be infused with life and a will.  Especially a will.

Because maybe if the States were a little less beholden to the Feds, they wouldn’t vote for things their constituents don’t want or need.  Like wars.  And maybe if the Feds had a little less of our money they would have to make a choice between paying off our debt and funding their wars.  Not that they would chose correctly, just we would know how much or little they care.

The Federal Government can be run on tariffs and “Stuff” taxes.  And, there is a way for everyone to be happy. If Big Business and other Special Interests want armies and research and Space Stations they can pay for it outright, get together and send a check to the government.

It would save them money on lobbyists, cocaine and hookers.

Grainne Rhuad- Americans are looking more at decreasing income taxes, but are they looking in the right place?

Factory Prisons and the Creation of a Sociopath Society, Part II