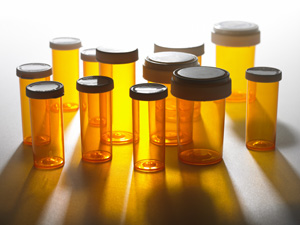 Last Spring the Starz channel sponsored a slightly higher than usual budget for the British Sci-Fi hit Torchwood and named it “Miracle Day”. (For those of you unaware, it’s a spinoff of Dr. Who, slightly more adult in theme.  Fun Fact: Torchwood is an anagram for Doctor Who) the entire season revolved around the incredible disruptions caused by people failing to die.  Also around Captain Jack who they made a bigger ass than usual.

A big part of this tidy undying conspiracy is a planned shortage of drugs, specifically pain medications.  People in this story could still get sick and hurt and all those other things, they just wouldn’t die.

I remember watching it and saying “This is already happening remember the flu shot shortages?”  I was told to stop worrying over conspiracies, this was fiction and there were more important things going on, like who Capt. Jack was going to make out with this week.

In any case if you were like me in thinking that by the time some BBC writers could come up with this medical conspiracy plot it was probably well under way; you (and I) weren’t far off.

Beginning this summer a marked drop in medications of all sorts was being noticed. It wasn’t just one sort of drug either; it was everything from vitamins to antibiotics.

I first noticed it when my doctor ran out of B-shots and couldn’t get them for a month.  This seemed a bit strange to me. After all, how much could it cost to manufacture B-shots?  And they cost less than a co-pay to the patient, why would they be short?  I heard all sorts of excuses from they had infected supplies (Of vitamin B?)  To they aren’t money makers so the companies were cutting down on manufacturing.  Okay that sounded a little more believable but still…

Then came the news of other drug shortages.  Mostly injectables and mostly Cancer drugs that are causing alarming disruptions. Sterile injectables it seems are accounting for 77 percent of the overall shortage.

The reasons most often given are backed up production.  This by the way is the same excuse I give people when I don’t feel like meeting them for dinner or coffee, which is to say, this is a totally bogus excuse.

The blame is also being put on the Federal Drug Administration for their slowness to approve and review drugs for use.  While one might think that this would not affect drugs already in production it seems it does when a drug requires review due to off label use at a high level.  The FDA is reported to be backed up five years on its caseload.  Five years and they are not even the most inefficient branch of our government.

Pharmaceutical companies also blame issues out of their control as source of the shortage. Problems with raw materials; most of which are now produced in China and India, where quality standards are a concern and regulatory measures that cause delays. Funny how they aren’t pulling the plugs in those countries though and bringing production back where they can more effectively oversee them.

Physicians and pharmacists aren’t buying that explanation, arguing instead that the shortages are driven by profit-motivated decisions. Manufacturers, they assert will produce more of the drugs that make them more money and drop drugs that aren’t as profitable. This seems to be a reasonable assumption as most of the shortages are occurring with generic medications.

The U.S. Department of Health and Human Services however is being diplomatic. Their findings state the central cause of most of the ongoing shortages to be a combination of the aforementioned factors, coupled with one major exacerbating issue: demand has increased while production has stayed the same.

This hasn’t come all at once.  Unbeknownst to the public the FDA began documenting and monitoring drug shortages more than five years ago.  Yet nothing has been done in that time to address it.

At the end of October President Obama issued an executive order requiring the FDA to address the shortages with more reporting about drug shortfalls, faster approval of new production, and added investigation of possible price gouging. It’s one in a series of initiatives the White House is undertaking to highlight congressional inaction.

The pharmaceutical industry itself is none too happy about these measures.  Used to working in private with little oversight they feel more transparency into why they aren’t making enough for the projected need and increased regulation would only complicate and slow the production process, and that it would be impossible to regulate when so many things are out of their control.

Lest you think this is only a problem in the U.S., reports out of Canada are showing shortages of prescription drugs for Chemotherapy, seizures, muscle relaxants and more.  This shouldn’t surprise anyone as the same companies supply both countries. There also have been shortages reported in Germany of Cancer treatment medications.  This makes it seem less like a jab at the U.S. struggle over pricing and service providers and more like an international problem.

Problems arising from the shortage are myriad.  A lot of people are experiencing adverse affects like seizures in patients who have had to switch from their normal anti-convulsants to other “make-do” drugs. The shortage is also creating a greater risk of medication error. In the U.S., two patients died during a morphine shortage after they were given another drug at a dosage intended for morphine. The country’s Institute for Safe Medication Practices has collected evidence of more than 1,000 errors, near misses and “adverse outcomes” that can be connected to drug shortages in the past year.

One of the things that are interesting about these shortages is the fact that there are no problems with drugs designed to keep people complacent and “happy”.  Psychotropic meds are fine as are low level pain medications and Methadone is flowing freely, keeping the nations addicts… well, addicted. Also (assumedly) keeping them from turning tricks and killing each other in order to get their fix.

Another question that comes to mind is are medications being deliberately withheld as a response to the public demands for socialized health care?  Is it the last gasp of greedy money making companies?  Or conversely, are companies unable to obtain the ingredients necessary for production because we won’t provide public options for our people?

It would seem that money making is at least a part of this problem. Particularly in the instance of sterile injectables. Although eight companies had approval to produce Leucovorin at one point, until very recently only two companies were still manufacturing the drug. The FDA recently granted another company approval to begin producing it.

It also seems that the generic drugs are the ones taking the hits.  Of all the drugs in shortage there are very few that are non-generics.  Manufacturers site loss of profits in providing generic drugs as a reason for stopping.  However there are no new drugs to take their place and the current statutes on FDA approval for clinical trials is another reason companies are saying they can’t provide new drugs.

A huge problem comes when you realize that HMOs as well as PPOs mostly don’t cover new drugs and when they do they cover them at a higher patient cost than generic drugs.  It’s a part of an insurance company’s model to keep costs down in order to turn a profit.  It is, in effect a war between drug companies and insurance providers, with the patients who pay both being the collateral damage.

One has to wonder at the types of drugs that are in shortage.  On the lists currently the most prevalent are Cancer treatment injectables and chemotherapy drugs.  This may in fact be due to a steep rise in the occasion of cancer in our society.  We know we have more environment factors that are contributing to cancer and with people living longer there are more instances of cancer overall.

So who is really behind all this?  Is it the pharmaceutical companies?  The G-8 Summit participants?  Dastardly villains who want to cull the earth’s population?  We the people who can’t wrap our minds around providing good health care?  Science?

The answer probably includes all of the above and more.  Wars and destabilization in regions where base ingredients are grown and created cannot help.  Also our constant push to find something better sometimes puts unintended blocks on older medications that work. 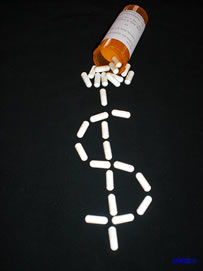 But mostly it’s greed.  Everyone wants to make money off of the sick and dying and if they can do that by holding out on production of necessary medicines or stockpiling what they have while the population gets ill enough to pay black-market prices they will do so.  Because desperate people will do desperate things and it is this line of thought that is moving our helping profession into an ugly and dangerous place.

Grainne Rhuad- Who is to blame for shortages in life saving prescription medications?

Crisis In The Making: Iran, The Empire And The Rush To War

The Empire’s No Longer Laughing