“So There Will Be No Doubt” 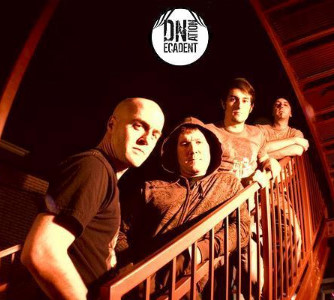 “This is the music of the 21st Century and Decadent Nation is bringing back the big sounds of seventies rock and revolutionary beat, along with a New Age progressiveness and messages for our current times.”

This is the official music video for Independence Day by Decadent Nation shot by Boxcar Films.

The first single from DN’s upcoming album “So There Will Be No Doubt” which will be out on Sept 10th, 2010! DN also wants to send a huge THANK YOU again to Boxcar Films (www.boxcarfilms.com) for the amazing video and all of their hard work!

WATCH IT NOW ON SUBVERSIFY VIRAL!

Read the Interview with Decadent Nation!

Pingback: Decadent Nation Takes to the Road and Rocks the 99%

Nice, reminds me of the grunge movement all grown up.

Ha ha, Grainne. They remind me of classic rock being carried into its next phase. They definitely have the beat that make your feet want to dance and your spirits fly. I wonder if they’d like to perform in Alaska?