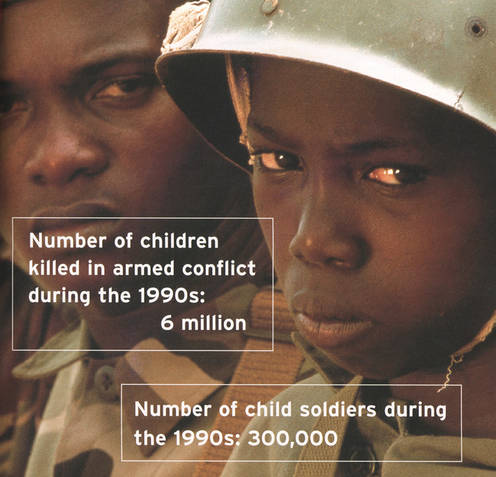 Listen — really listen — to the underlying beliefs of many people, and you’re confronted with common assumptions about human nature that really have no grounding in reality (or at least empirically baseless). This is far from an academic exercise; these assumptions drive our economic policies, for example, and are often used as rationales for zero-sum societies, and, most of all, justification for brutal wars that murder, for the most part, innocent women and children.

This false false portrait of humankind feeds both a harmful adulation of dog-eat-dog individualism and a sense of powerless in the face of godlike market forces that must be obeyed no matter the cost in lives, global environmental catastrophe or gross economic injustice.

Its roots lie in the gloomy conservative worldview of an essentially brutish human nature needing to be tamed. Conservative thinkers, looking to rationalize authoritarianism and explain away its social the destruction wreaked by unrestrained greed, simply invented whole-cloth concepts of human nature that made their policy goals seem inevitable.

The irony in all this is that this authoritarian Kool Aid is swallowed whole by so-called libertarians. You hear it all the time that human nature is selfish, war-like, brutal. Of course, the theory that we have a “selfish” gene is just that, a theory, founded upon absolutely no evidence. Yet it is propagated as if it is the gospel truth. As social scientist Riane Eisler, who in her seminal work, The Chalice and the Blade (1990) (and her later work) successfully dismantled this view, states:

I don’t want to lump every single sociobiologist into the same category, but the kind of sociobiological theories that tend to get popularized present what I call a dominator way of relating as the only human possibility. This is the model of human relations, as I describe in my work, in which males are ranked over females; violence and abuse are systemic and institutionalized; the social structure is hierarchic and authoritarian; and coercion is a major element in sexuality. And it’s all supposed to be just human nature.

The ugly, empirically invalid portrait is this: a human is a cold and isolated individual who uses unemotional reason to reach pre-determined ends. This is the widely discredited but still popular “rational actor” model. And there’s another gradation, which some are now calling the “rat choice” model. This tells us those pre-determined ends are always selfish or self-interested. This myth is what is at the heart of so-called libertarian and conservative worldviews, popularized in economic terms by cranks like Ayn Rand and von Hayek.

We are rats, these conservatives say!

As Eisler conclusively shows, however, virtually every field within the human sciences has found that we are nothing like that. Cutting-edge neuropsychological investigations show that because we are hard-wired for empathy, we can (and do) act altruistically. We seek fairness. Our selves are not isolated, but interconnected in many ways. Yes, we are competitive, but we are also cooperative. Reason and emotion are intertwined. There’s no such thing as reason detached from emotion. We don’t coldly follow the rules of logic in making moral decisions.

The notion that there is no such thing as altruism is based on the neo-Darwinian theory of kin selection. In other words, if you do something altruistic, you’re protecting your genes so you can pass them on. Well, what about the people in Nazi Germany who took in Jews, total strangers, knowing that not only they but their whole families would be killed if they were discovered? Where is the kin selection there? This notion just doesn’t hold up to rigorous scrutiny.

Darwin also wrote a book called Descent of Man, in which he very explicitly stated that natural selection, random selection, survival of the fittest, simply do not apply as the only factors, and certainly not as the primary factors, when it comes to human evolution. There is also the very important factor that he called “the moral sense.”

Despite the overwhelming empirical evidence to the contrary, the narrative of human nature as intrinsically evil is still the dominant prevailing religious and scientific narrative championing “original sin” and “selfish genes.” These also present male dominance as justified by either God or evolution (talk about irony), though scholars from many disciplines tell us a different story of our cultural origins.

In this alternative narrative, the invention of tools does not begin with the discovery that we can use bones, stones, or sticks to kill one another. It begins much earlier, with the use of sticks and stones to dig up roots (which chimpanzees still do) and continues with the fashioning of ways to carry food other than with bare hands (simple vegetable slings and baskets) and of mortars and other tools to soften foods.

In this story, the evolution of hominid, and then human, culture also follows more than one path. We have alternatives. We can organize relations in ways that reward violence and domination. But, as some of our earliest art suggests, we can also recognize our essential interconnection with one another and the rest of the living world.

Contrary to the stereotype about our innate selfishness and greed, most of us share a desire to live in a society where fairness is the operative norm, where everybody’s basic needs are met… where there is a robust sense of ‘reciprocity’ — a rough balancing of benefits and obligations.

Corning’s provocative challenge is this: what if we’re wrong simply to resign ourselves to the notion that human nature is essentially destructive and war-like? What if we have the power — and more importantly, the duty — to change society for the better?

As cognitive scientists such as George Lakoff (2008) have been advising us for some time to grasp the new 21st Century understanding of human nature and thinking. It is impossible to advance a progressive social vision using false frames of reference clothed as unbiased scholarship — assumptions intended to forever rule out a fair, progressive, and democratic society.

Lynn Stout demolishes the concept of human beings as selfish creatures who respond only to punishments and rewards in her book, Cultivating Conscience (2010). She shows that the lonely, selfish, hyper-individualistic creature invented by conservative propagandists is actually a myth. That view, Stout correctly observes, “implies we are psychopaths.”

Rather than lean on the power of greed to shape laws and human behavior, Stout argues, we should rely on the force of conscience. Stout makes the compelling case that conscience is neither a rare nor quirky phenomenon, but a vital force woven into our daily lives. Using empirical studies from social psychology, behavioral economics, and evolutionary biology, Stout demonstrates how social cues — ideas about others’ selfishness and unselfishness, and beliefs about benefits to others — have a powerful role in triggering unselfish behavior.

It should come as no surprise that corporations and the financial elite have funded the multi-decade effort to convince Americans our nature is intrinsically evil. Rational choice theory, a theory that postulates that people working separately to pursue their ego-centered needs creates the ideal society, would hold sway over economics and political science and it would redefine the foundations of public policy by assuming that self-interest defines all aspects of human activity. It was also used to redefine “freedom” as a fundamental aspect of greed (George Lakoff, 2007). When applied to corporations, the theory exempted them from any social responsibility other than that owed to their shareholder. Today, that corporation is considered a legal (if fictitious) entity. Or, as Mitt Romney succinctly put it the other day, “Corporations are people [too].”

As a former scam artist, I have to admit that this has been the greatest scam ever in the history of human kind. The wholesale acceptance of the idea that there is a moral imperative for the pursuit of wealth and power, whatever the consequences for the many and for society at large, is almost too ugly to countenance. But this is what lies behind our current political system — this false and destructive view of our own natures. In fact, this scam has succeeded to the point that many so-called libertarians, “independents,” progressives (many of whom like to make fun of the rest of us unwashed masses) remain content to operate within the frames and narratives generated by the scam.

To paraphrase Einstein, the same consciousness that is part of the problem cannot be used as a solution. A society organized around the values generated by an evolved consciousness look radically different from political and economic structures forced upon us by the greedy authoritarians who sold us a bill of goods about ourselves. But before that can happen, you have to disabuse yourself of the myths of human nature.

References
Corning, P. A. (2011). The fair society: The science of human nature and the pursuit of social justice. Chicago: University of Chicago Press. (click here)

Eddie SantoPrieto- What if we’re wrong simply to resign ourselves to the notion that human nature is essentially destructive and war-like? What if we have the power