The Flight of Ikaras OR As the Dark Star Sets 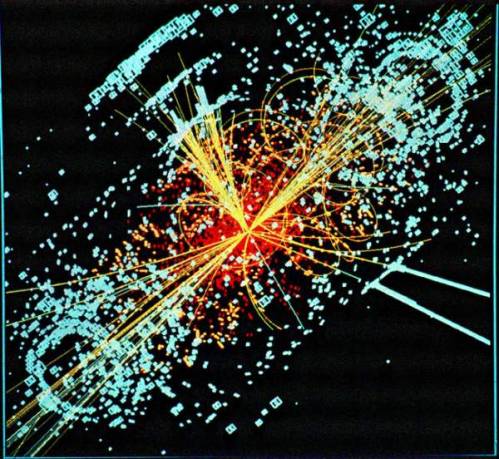 Seizing the opportunity of consciousness, my body reacted in agony to the prescience of inert gasses and oxygen.  The haze I perceived through smoke and ember and the violent sickness I felt in my body hindered my thoughts and movements. Confusion, the first luxury afforded me.  I reveled in it as I tried to reach my forehead with my hand to belay the unexplained as I arose from my slumber(?).

My hand, reaching for the solitude of  a known body encounters hard resistance in front and above me. I reach again and find confinement, unyielding confinement. I panic, I scream and yet nothing is real in the madness of my confusion. Smoke continues to billow around me, beyond my confinement, a pale red roars and ebbs beyond my limitations, and I choke and tear my misunderstanding in feral sobs as great quakes shudder and roil into my limited prison.

There, near me, a light blinks and I reach for it with the palm of my out-stretched hand, greedily seeking out the blinking light that has now, for some reason, became salvation in a world with no physical meaning. Finding the light near, I reach hard for its meaning, inwardly knowing that should I reach it, I would be free of my limitations, and then through the hacking of my lungs and the luminescent smoke, I find contact with the light.

There is no expression that I can give to you to explain my relief and anxiety as I push against the light and it changes from a blinking candescence to a cool blue.  A hissing sound clears the smoke away from my mouth and my lungs begin to taste the cooling freshness of unhindered air. I breathe freshness as the hissing lessens and then a slight tremor gently shakes my perceptions and then morbid truth awakens within my reasons.

Asleep, asleep have I been for untold times, and the dimensions of that implication begin to be vague as the screen of my habitat slides easily from reality and new definitions of mayhem broil themselves into my limited consciousness. As my backrest slides easily from the confinement, I find that the troubles beyond my initial perceptions go further than the mirror as smoke and fire plague my reasons and I cannot help but feel the need to run, hide, and seek the comfort of something maternal and make the jumble of terror ease from my mind.

But there was no bosom, no heavy chest of comfort or ease of my plague and mistrust fear, so I roll from the confines into greater solitude.  There is no other to comfort or be comforted by as I breathe the smog of confusion, and with the final tuck of my roll, I become suspended in the midst of discolored smog and fire, the tuck of my roll now full rotation and I confuse the lack of gravity securing my body to reality.

There is hoarseness in my howl of ineptitude, sickness of the wrong that is here, now, pervades my mind and fear paramount in my need to find sleep again to melt this wrongness wrought where none should have breed. And as my rotation continues without hinder, I sob. This is not me and I should not be here is the inward reflection as I outwardly seek a tether, a rope of saneness with which to crawl hand over hand back to the comfort of not here. And beyond the permeated smoke and torch I find none and I conjecture loss of me to all who cannot hear.

After a time I become dizzy, and my sobs have earned no relief from what now must be real, so I reach out my hands and friction against the smog eases my sickness as I rotate to halt among the layers of plume and toxicity. Through gritted teeth I purge an already empty stomach, and my acids take flightless hover in suspension next to droplets of sweat that mingle in obscure dance of flux and form that would soon settle into rings and orbits around my greater mass.

Intensity and desperation well in me and from nowhere I stutter the words ‘fire control’ from my depths, and I revel in the conclusion that I am not deaf/mute. A sharp hiss and the taste of oily carbons choke and cover the back of my throat, and then ambiance of light soon perished. Should my terror not have been controllable, I fear that I may have faded as well, but the stuff of my dreads were not up to the fatal work of the day and I remained, in dark and alone, as I cannot remember myself.

In these perceptions I lay, in suspension of air and molecule and darkness I writhe until more words come to me and I speak them without meaning of understanding and the solitude of such pitch night breaks with the dawning of soft lights, harsh on my eyes. In stark disbelief, the toxicity and smog in the thinness of atmosphere held its stand and then warbled within itself and fell at once to the floor where it pooled, swirled and then seemed became inhaled by the walls as at their base.

In the suspension of my gravitational animation, I held thick to myself and drew into a position that in the right dimension would be the approximate of laying comfortably back with my knees bent and arms to the side at leisure, and for a perfect moment I held the euphoric spell of complete solitude. Such peace and quiet I have never felt before washed within cleanly and I arched my neck back and let out a silent easy draw of sigh and contentment that reverberated and echoed deeply from the walls and lapped back against me in gentle tremor.

For how long I rode along with this hedonism, I cannot say, but eventually, I became aware of speed of such velocity that I have never before dreamed or considered, and my gentle float within lush solitude became a free fall of such magnitude that I shrieked and convulsed and my entire reality violently shook and trembled, back, as if in retaliation.

Alerted now, and sobbing harshly, I again look around my now greater habitat and see many times ten the same smaller habitats decorated within the walls of this dim lit cavernous of room, and when I will me and my mass to sufficiently move, I became arisen and higher than the limitations of the walls and become a point of apex above their sharp turns and intersections, and still I rise.

As I float up and out, some lighting flooded me from below and above and I rotated now with will and took in the vista unfamiliar and the cavern internal of a creature I think is a clam (?), and, the thought being irrelevant, I rather focus my intelligence and formulate the potential of ten to the seventh or eighth power of smaller habitats, above and below, and I then know that all have been violated and hollowed of potential and that, this all that I cannot remember becomes lessened and extinct with me.

A moan formulates and then continues from within, and I resist the urge to see the carnage of the violated habitats below and above, for simple reason tattles the similarity of them and I. For surely they have the limbs and torso and reasoning center as I, and who am I to desecrate what little peace remains available to them, and maybe I?

But lo from above my horizon I see a faint light and it would seem center in the cavernous vast, so I set my will to its dimness and in awkward flap and stroke I seize towards the unknown and what little option it may imply, and before shortness of time I became fluent in my inept momentum and my goal in near reality, ever bigger in the expanding vastness grim of my sight.

For what option had I, the reasoning of all with or without stress, and it was time that I put those and that behind that I could not remember before I became intimate with their how and why’s, for surely this was not meant to endure and a memory that I would create of them, and us, and I, would surely fail and become monstrosity incarnate within what that I would call what if.

And in firm resolve, I became even with the dimness of prize sought, for here with in the front of my attention in the vastness of entombment(?) a platform levitates, and I step beyond my infirmness onto the deck of the unknown, again, and the sensation of gravity tore deep into my muscles and I realize that this, this is the first time that I have committed the deed of bipedal step.

Unsure tension and discord of muscle cast far back on the list of priorities, for now each new step brought memory of not mine, a compendium or the likeliness thereof, and as I centered on the levitated plane, a panel of controls formulated their existence around my bearing and being and then auditory remark began in what I can only surmise is Galacktik and recognizable, and, although images and charts and the link surmise of sight and sound became within my reason and intellect, I cast it all to aside for this form of information and reason fell far beneath me and fed weary illness to the way that I think that what I know.

So this is what I have been meant as for in the relative sense of I, a Cosmonaut and settler of a race in the term of man. I, and we had seen the edge of yesterday and come forth as the strongest of the weak with full terms of the universe, and none were unlike us. And as we met those of that that were of no difference than us, we became strong in the sense of masters and the universe bent to our order and we amassed to journey to there where that is not yet.

But strength and arrogance built that with what we must use if we shall persevere until not yet, and now technology can only be born as tombstone and the abyss soon looms, for a mode of travel and dark matter amass as a fuel has led to a positive charge and the axion drive engaged beyond control, and in side consequence within our shadow tow, everything that can, and is, or will be becomes entangled within our free flight into that was before then.

For in the speed of free fall through all that is, and charged with the axion symptom of the atom, as we move forward, everything now moves back, and a targeted arrow streak this that is the Generation Ship becomes the nuclear hammer of the pre-big bang amass, and, in the moments before time is anew I chuckle, for the mission of I and this ship became self evident, for what better way to colonize the universe than to spread the atom of life through the amass of the pre-big bang.

And then in my humor, a dark horror then stirs, for charged with the axion symptom of the atom, and with all that is, and can ever be in tow, and the dense concentration of dark matter and us in charged simile, when we met the concentration of potential tomorrow, then we, and you, and I….. can never be.

Thomas Little Chief: This is not me and I should not be here is the inward reflection as I outwardly seek a tether, a rope of saneness with which to crawl hand over hand back to the comfort of not here.

Thank You (to the Man with No Name)