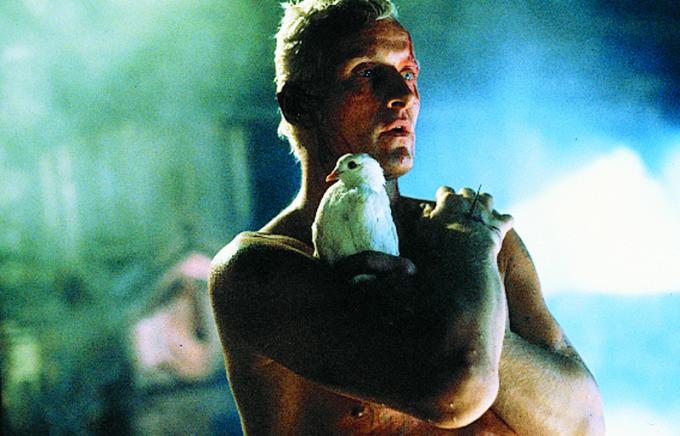 “The solution must be applied, Jeremiah, before it’s too late,” said the President.  “It is regrettable that the world has come to this one final choice, but there it is.  I have been charged with the decision.”

“Yes, sir.” The others had left the room, deep beneath the green forests and blue skies. “I understand.” Video screens showed city after city across the world, chaotic, empty, charred, war-torn. Here a crumbling palace, there a smashed office block, everywhere cratered, rubble-strewn roads. The last confrontation. The world’s fifteen billion were all but gone, in this, the year 2082. The skeleton of a child, its ivory hand still clutching a toy, lingered on the screen. The human race had succumbed to The Frenzy, a military virus codenamed Omega, designed to alter the behaviour of servicemen and other combatants in a war never fought. Now only two or three hundred thousand survived, filled with hatred induced by a mass psychotic illness, The Frenzy.

“Do we have the right, sir?” asked Jeremiah. The President regarded the small, intricate device between his perfectly manicured thumb and forefinger, his eyes discerning the microscopic precision of the engineering. They had over a million units waiting in the storage holds.

“We have gone beyond rights, my friend,” said the President. “You, I and the Advisors are the only ones left in control, the only government the world has. The superpowers, the developed world, the third world, are just memories. Human civilization rests with us, and the handful of survivors. The nations are gone, and humanity is on the brink of extinction.”

Jeremiah studied the screens once again. How had the race that had sent a man to the Moon, split the atom and raised great cities out of the dirt, come so low? The Advisors had already accepted the Great Solution, and had relinquished control to the President. The future was his to decide, and the means to guarantee the human race a future lay gently in his hands. A marriage of spiritual, technological, moral and social engineering, of ancient and modern, all coalesced in a wafer of bio-electronic mesh measuring less than a centimetre across and little more than a millimetre in width. At its heart was a genetic strand designed to reproduce and alter not just in the patient, but the patient’s progeny and the generations to come. The President pressed his hand to the panel on his desk, picking up more messages.

“They have little time left before they annihilate each other, Jeremiah. Bring in the Advisors. They shall be first.”

The first of the Advisors stepped forward.

“Professor Gray,” said the President. The wild-eyed man before him was restrained by two guards equally as calm as the President and Jeremiah. The four of them regarded Gray and the other dozen human beings with a mixture of ignorance and contempt.

“Do it quickly, President,” said Gray. “We have little time left before we succumb to the Frenzy.”

“You have done well, President,” growled Gray, between gritted teeth. The temptation to tear his fellow humans limb from limb was almost unbearable. The Frenzy was almost irresistible. Only their foresight and the partial antidote had prevented them from going the way of the overwhelming majority of the human race and destroying each other at first sight.

“And you, Jeremiah, you have functioned beyond my expectations.” The Professor was struggling now to retain his humanity.

“Thank you, Creator. It has been a privilege.”

“It cannot have been easy for you to assimilate human folly into your programming. Especially that folly which led an elected government to develop a virus which caused every man, woman and child to revert to a primitive rage and destroy two thousand years of civilization in less than a year. That a dictator should obtain and release the virus is no more or less forgivable.” Jeremiah and the President regarded each other with that curious coldness of eye that still disturbed Gray, even though he had designed them. They were the pinnacle of human endeavor: the second most complex machines in the known universe – androids with an artificially created psyche, self-replicating, self-repairing, self-educating, self-improving. President and Jeremiah had more computing power in their synthetic crania than the entire world’s computers. They could think, learn, reason. They responded to stimuli, and they could reproduce – in a manner of speaking – two of the main definitions of life, Gray had concluded. And now they ruled over what remained of their creators.

“My function is to be the repository for human reason, morality, laws, religious beliefs, spirituality, love, wisdom,” the android intoned. “While the creators have lost sight of their own humanity, I must carry the torch for them. I am the library of humanity. You will rebuild humanity from my files.”

“Almost poetic,” said the President. “I envy your programming. I merely decide on what represents the greatest happiness for the greatest number, and determine how human utility might be brought about. You have something of their essence.”

“Hurry,” gasped a women in her mid-thirties. Until the Frenzy had overcome her, she had been Jennifer Mikkel, the world’s finest heuristic engineer. Her programming solutions had effectively breathed life into the lifeless algorithms of the Senator Androids, as President, Jeremiah and their hundred fellows had been named. President nodded to the first Guard. The drone android lacked the higher emotional and intellectual programming of President and Jeremiah. It clamped its flesh-like hands around Gray and led him away to the operating theatre.

“How long?” whispered Mikkel, regarding her fellow humans with psychotic hatred. “We don’t have long before the Frenzy takes us. The antidote is weakening. The virus is mutating.”

“The other theatres are on standby,” said President, with measured calmness. “If Professor Gray survives, you will all be next. The rest of the identified 348,287 remaining human beings will be examined and processed. The implants will introduce the electrochemical agent into the human genome. The effects of the Solution will be irreversible, for all time. Should any humans remain with a natural resistance, we will delay total conversion until we have analysed if it is yet possible to destroy the Frenzy by natural means.”

The Guards had to sedate Mikkel and the others. Their resistance was weakening with each passing moment. In the afternoon, President and Jeremiah continued to monitor the world’s cities. Androids were being sent to attend every surviving human being, armed with complex infra-red, audio and visual detection equipment. Autosurgeons were manufactured hastily: three hundred and fifty were manufactured in a day. Each autosurgeon could perform the surgical procedure in twenty minutes. It was the most efficient medical procedure in history. Each human survivor was sedated and operated on within days. The Solution had been administered to the human race within a fortnight.

Other Senator Androids were being manufactured at the rate of a thousand a day. There would be a quarter of a million Senators in existence within six months. Even if the Conversions were successful, or better still, a cure was found, the days of humans ruling over themselves were gone. The President had assigned three engineering androids to the task of re-establishing global communications. The human side of his programming lent him ambition, but without the Achilles’ heal of ego. He could see that the greatest happiness for the greatest number would best be achieved by removing the means for destruction from the hands of the human race. Under his benevolent guidance, the human race would prosper: starvation, poverty, war, would cease.

President ran his reasoning through his processors once again, the routines somehow grating as their logic tore through his artificial mind, which was struggling to grasp the moral ambiguities that Jeremiah seemed to handle with such ease.

Evolution had placed the ability to destroy in the human genome as a method of survival, but in the age of global technology the instinct for survival had become the seed of destruction. A caveman smashing a rock over another’s head was survival, but a dictator launching a missile attack on another nation was mutually assured destruction: both actions were born of the same instinct, but the latter was no longer enhanced the survival of either aggressor nor victim. No, what was needed was a neurological fuse: an apocalypse circuit, one which would proscribe the most destructive of instincts without removing creativity.

President had taken the decision to go ahead. He could see no other way. Jeremiah advised against the Solution with increasing frequency as he analysed the problem. They could not wait for Gray and the others to come out of their post-operative comas. No resistant humans were discovered, no cure for the Frenzy was found. To save the human race, they had to act quickly, and act they did. Jeremiah stood with President, waiting patiently.

Jeremiah’s mind was more subtle than President’s: he concluded that the Solution was a tragedy, not a triumph. Man’s creativity and destructive urges were two sides of the human coin: take one away and the other would suffer. Gray was escorted in, his eyes now robbed of the Frenzy. His head was shaven, his hands shaking, but he was physically intact.

“How do you feel?” asked President, not understanding his own question.

“I feel calm,” said Gray, his face passive and unresponsive. President handed a pistol to Gray. Jeremiah observed the horror on Gray’s face. He had been programmed to notice the nuances of human expression. It was lost on President.

“Shoot the waste paper bin,” ordered President. Gray nodded slowly. He discharged a shot into the padded bin. Shards of plastic and paper flew into the air and fell as confetti.

“You can. Just kill him. He may kill you.” Gray’s hands shook, sweat breaking out on his forehead. He dropped the gun.

“It works, certainly,” confirmed Jeremiah, doubt gnawing away, a disturbing sub-routine demanding more of his runtime, exponentially clawing at more and more of his circuits with ever greater urgency. Something was seriously amiss. “They will be compelled to obey the Primary Command. The most important line of programming ever written. From this day forward, each human being will live by this prime instruction, hard-wired into their very DNA.” The doubt persisted in Jeremiah’s subprocessors, and grew by the nanosecond, screaming in a strange, savage, and alien howl of rage and sorrow. He lacked the processing power to suppress it.

“Yes,” said President with a faint smile. “Perhaps we should have encoded the other nine commandments into their brains as well, just to be sure.” Jeremiah studied the monitors, seeing the scenes of destruction across the world, the millions of dead bodies, the torched remains of human settlements. This was for the best and yet, surely, something would be lost. The fight between human creativity and destruction was perhaps the very thing that made them moral creatures: remove the free will and install compunction, what remained of the individual? Had not human advancement always followed in the wake of destruction? The android was amazed to find the desktop beneath him bathed in the salty fluid that usually cleansed his eyes once every five seconds.

Jeremiah removed the weapon gently from Gray’s grasp and placed a shot between President’s eyes. The android fell back, its eyebrows arched, for the first time, in an expression of surprise. Jeremiah placed the gun against his own head and pulled the trigger.

Lux Perpetua – (The Light and the Truth – Conclusion)

Suicide May be Painless, but Country Music Isn’t