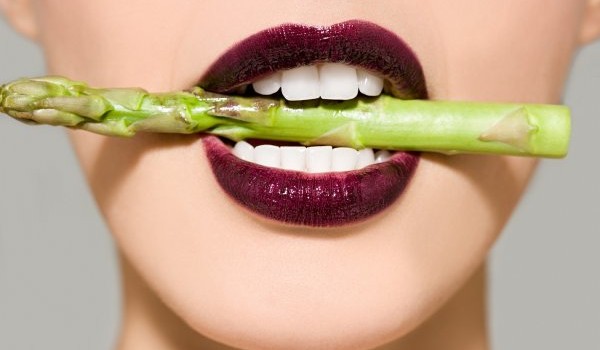 Weird Aphrodisiacs from Around the World

Weird Aphrodisiacs from Around the World

Do They Really Work?

For thousands of years, intelligent man has searched for dumb ways to get his freak on, never content with the simple advice of eat better, exercise more, as that involves a great deal of effort—as opposed to one quick act of ingesting tiger penis, or rhino horn, or whatever other exotic aphrodisiac story you might have heard.

It’s important to note that the magical aphrodisiac is a myth—all legitimate aphrodisiacs work by either replenishing the body’s nutrients to promote better overall health, or to stimulate a particular function within the body, such as the way Viagra or Yohimbe stimulate blood flow. In theory, any exotic aphrodisiac would have to either give an ordinary man a huge dose of natural vitamins—giving him the sensation of instant sexual potency—or put something unnatural in his body so that extreme and perhaps unnaturally powerful sexual stimulation and stamina are possible.

Modern science has succeeded in debunking some of the more famous myths, such as Spanish Fly, which has been fueling speculation for literally centuries, ever since the days of August Caesar. Actually, science both proved and debunked Spanish Fly as an aphrodisiac, suggesting that although the cantharidin (part of the irritant vesicant substance found in certain beetles) does promote increased blood flow to the genitals, and this mimics sexual arousal, it is actually because of the poison of cantharidin traveling through the body. Not worth the trade of critical poisoning at all!

Tiger penis has also been scientifically explained, if not necessarily debunked. Practically all tiger parts have health benefits to humans, because of anti-inflammatory properties. Rhino horn has also been linked with improvement in cardiac and circulatory function, indirectly related to penile function. Of course, the limited sexual benefits of these aphrodisiacs are secondary to the fact that countries all over the world are banning their production in an effort to protect endangered wildlife.

But it’s understandable why we chase aphrodisiacs even today; we want what works, what fast-forwards the process and gets us hard in a hurry. And to some extent, we all desire the unnatural effects, because we all want to go above and beyond pleasing a woman and into supernatural territory.

Herbs are most commonly recommended as libido boosters, even though the majority of these supplements focus on repairing a man’s health, circulation, and testosterone production. Therefore, man instinctively turns to the animal kingdom, hoping that taking more extreme measures will lead to extreme results.

An ancient belief called the Doctrine of Signatures held that the things on earth we consume, and which resembled various parts of the human anatomy, were designed to cure us of a particular ailment. As in signatures from the divine, and thus, liver diseases were treated by herbs that resembled the liver.

It’s only natural that man might assume because his penis resembles a snake, the physical benefits of consuming snake might well be a spectacular aphrodisiac. And today, particularly in eastern countries, we have snake blood, snake wine and snake meat that are believed to have special sexual powers.

The Science of Snake Stamina

Not all aphrodisiac speculation is based on wishful thinking. There have been some promising results from snake meat studies, or specifically, snake venom that becomes ingestible after being dissolved in ethanol. Once stripped of the poison, snake venom is mostly made up of protein, which is pretty good for you.

A recent study performed by Texas A&M University with Yale University School of Medicine revealed that snake venom could halt cancer growth, while another study from Japan’s National Food Research Institute, a team of scientists led by Nobuya Shirai, discovered that mice that were fed snake oil showed greater endurance than other mice that were fed fish oil and lard. Physician Richard Kunin speculated the science behind this might well be that snake oil is rich in omega-3 fatty acid, which explains its anti-inflammatory effects and energy boost.

While enjoying snake wine as a product is tricky in the United States because of endangered species laws, the fact that scorpion wine and even seahorse wine are being promoted as aphrodisiacs is curious news.

Doctor Nguyen Cong Duc from Hanoi who is based at the HCM City University of Medicine & Pharmacy, states that seahorse wine could work based on the health boost the animal brings to the kidneys, which helps to regular erectile and sexual function. However, Nguyen also stated that better benefits can be experienced by eating the animal (and the larger, the more potent) because of the libido-killing effects of alcohol.

Going straight to the source, however, to stores in Asia where they actually sell snake wine, it becomes apparent that if you want immediate and “unnatural” results rather than a month long wait while your body adjusts to the new element, it’s best to take the venom of the dead snake as a shot with rice wine or grain alcohol. This is opposed to the “steep” method, which involves putting a snake inside the bottle and “aging” it, along with other herbs and spices.

Just be prepared for what you might see. Not only are snake(s) inside the bottle, but every once in a great while they’re not entirely dead, as Liu from Shuangcheng found out when her snake wine “ingredient” attacked her. http://www.ibtimes.com/wine-snake-bites-woman-after-spending-3-months-bottle-1404948

It seems like a valid argument, that you could take the stored testosterone from an animal’s testicles and experience the benefits yourself. Not only is this age old aphrodisiac tale perpetuated by restaurants that sell Mountain Oysters (fried bull testicles or cattle fries), but seeing fairly recent studies like a Dutch study covered in Archives of General Psychiatry (Feb. 2000, pages 149-153), which revealed that women experienced greater sexual arousal after being given small doses of testosterone under the tongue.

However, two things stand out about this scenario. One that, women do not naturally have as much testosterone as men (and thus any testosterone taken sublingually might have a greater impact), and two, that this was a pharmaceutical dose, something far greater than what is available in bull testicles. Besides, testosterone does not simply get stored in the testicles; it is produced there but eventually moves throughout the body. At this point in time, the only known way to feel the effects of more testosterone is to either produce it naturally or inject it. Sublingual testosterone replacement in men is still being studied, although one study by C Wang (you knew his name had to be Wang, right?) and company (J Clin Endocrinol Metab.) 1996 indicated that men taking sublingual doses did report improvement in muscle mass and strength.

Fugu or the blowfish (not Hootie) is another Asian delicacy said to produce aphrodisiacal effects as well as adrenaline rush, which can only help producing better erections. Much like the snake oil, the belief is that the poison of the fish, called tetrodotoxin, produces the unnatural effect of hyper arousal. Because tetrodotoxin is very dangerous (in fact 1,000 times more dangerous than cynanide), there is also a certain psychological rush that comes from consuming the fish.

It’s not as unrealistic as hunting down tiger penis, because professional chefs are actually trained and licensed to prepare this delicacy, ensuring that practically all diners won’t die from the meal. However, with proper preparation, all the highest levels of toxicity are removed, leaving only the flesh with mild traces of the original poison still intact. It feels a bit like Novocain, since it numbs your mouth and causes slight tingling in the lips and cheeks.

Nevertheless, most men are not going to go after the blowfish diet, because of the risk, nor will they be comfortable in ordering online snake oil. That leaves one confirmed aphrodisiac that is neither too disturbing or too dangerous—oysters.

Oysters do not cause any unnatural libido hikes, but rather strengthen a man’s penile and prostate health, as well as his sperm count, with a healthy dose of zinc.

While the belief has been commonly spread, until recently there was not a lot of scientific evidence to back the claim up. However, researcher George Fisher, a professor of chemistry from Barry University, in Miami Shores, Florida, found evidence that mussels, clams and oysters all contained compounds that naturally release sexual hormones like as testosterone and estrogen.” Those alleged compounds are D-aspartic acid and NMDA, though further testing is needed to convince skeptics of this effect.

Still many men may experience an immediate boost in sexual performance and desire by eating oysters, if for no other reason, than the dramatic increase in zinc and iron—which many men may be lacking if they eat a typically unbalanced diet.

Oysters, even raw oysters that are believed to have the strongest effect on male erections, are generally safe to eat, although there is a slight risk of allergic reaction and upset stomach if the oyster is improperly prepared or not in season.

Then again, when it comes to chasing exotic animals for erection power, it’s always been a game of “Just how much are you willing to risk to get what you want?” and it’s been that way for eons. There are only two paths to take: healthy dieting with proper nutrient intake (the slow and difficult way) and then the wild adventure in search of the voodoo priest’s special “elixir” which admittedly is always fun and unpredictable.

Weird Aphrodisiacs from Around the World Do They Really Work? For thousands of years, intelligent man has searched for dumb ways to get his freak on, never content with the simple advice of eat better, exercise more, as that involves a great deal of effort—as opposed to one quick act of ingesting tiger penis, or…

The Fickle Finger of Guilt

Insubordination of the Selfish Society