It’s that time of year at Subversify where we stop and highlight the things and people we love.  Each one is subversive in their own way, challenging the norm and the ways in which they do so aren’t always readily apparent.  Actually, we feel that’s the best way to be Subversive. If everything were readily apparent, then it would be stopped in a quick hurry.

So without further ado, our annual Subversive Love Notes:

Nature, can’t live without it, and by gods everywhere, if you try to She will make herself known.  Like the margarine commercials in the 70’s taught us; “Nobody fools Mother Nature.”

This year, it seems she got a bit tired of the parasites living on her crust and decided to have a bit of fun.

First off, and perhaps most hilarious, after spending around 4 million dollars in 2010 to restore the famous Christ the Redeemer statue in Rio de Janeiro, Mother Nature, or Zeus or Thor, whoever you believe throws lightning around, threw down another attack on the savior of the Christians, severely damaging his right thumb.

Given the specificity of the place of the damage, I do not find this to be a coincidence.  After all, Christ is the right hand of God.  Also humans are one of the few species to have  opposable thumbs.  Seems like a clear warning to me. Get your house in order humans.  Because if you don’t you will not be saved by a statue. Or, you know…anything else.

But that’s not all.  As the world watched Pope Francis release doves of peace, a tradition which is old but not necessarily common. (Unless you’re at an over planned wedding/funeral); the doves in question were almost immediately attacked by one crow and one seagull. Ornithologists will tell you the doves were attacked because they were white, which apparently is a thing in the bird world.

I don’t think the birds were harbingers of evil, although that makes for a great story.  But rather, Mother Nature reminding us, your God-club doesn’t affect the workings of the natural world.

The Polar Vortex had a go at North America this year.  Yes, we have all heard about global warming, and then subsequently ignored it because, Baby it’ Cold Outside.   Because of this researchers and government officials (at least in the U.S.) have rebranded this problem to “Climate Change.” ( I’m just now picturing Don Draper studiously ignoring that one girl in the office with ideas while someone else pisses themselves and they all come up with a new brand-but I digress) 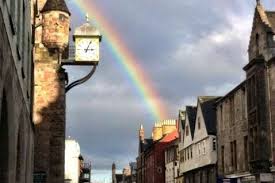 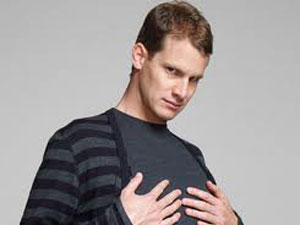 Now just simmer down everyone.  I know there is a lot of hating of Daniel Tosh of Tosh.0.  He is crass, gross and regularly degrades women and gays-kinda.  (I’m not sure because it seems like he likes dressing up and doing skits as a gay man.)

However Daniel has gotten people’s attention hasn’t he?  Most people who know of him either love him (Frat boys and the girls who want to date them) or hate him with a passion.

It’s not that any of his jokes are particularly original or well thought out.  The entire basis of his shtick is to point out how stupid other people look on the internet. Oh, and to make fun of puking, women and sex; kinda like an overgrown 4th grader.

But, what he does really is point out how incredibly stupid everyone is who posts this shite on the interwebs.  Is the fact that you have a camera and internet connection reason enough to upload your life?

As for the misogyny, While it immediately raises hackles, hackle raising causes (or should cause) us all to evaluate where we stand.  Why are we bothered by gender inequality still?  Why are people laughing at it?  Daniel is like the King’s Fool cleverly pointing out the wrongness of behavior and sitting back to take note of how many people are still in collusion with such wrongness. 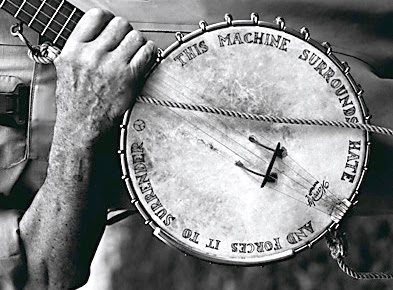 “Share the eats, share the drinks, be of good cheer, and if we work together, maybe tomorrow we won’t die quite so quickly.”

On January 27, 2014 the world lost a great man.  A historian, musician, advocate and all around good guy. We are beginning to lose the goodness of the baby boomer generation. At age 94 he had lived a good and full and helpful life, which is more than can be said about most people.

Childhood memories are sketchy, but this I remember; my first two records were Disney’s Robin Hood and Pete Seeger’s Children’s Concert at Town Hall.  I knew every word.  All the songs shaped me from Fifteen Miles on the Erie Canal to It could be a wonderful world. When my kids were of age they got a copy too and it was worn out on car trips.  There are lessons in there about history and life and good and bad.

This album like many of his others is a treasure because it preserves folk music that could easily be lost.  Preservation of the music of the people was a big mission for Seeger.  He spent a lot of time with people who had music that was in danger of falling by the wayside and that in itself is enough to justify this entry.

Because when you lose the music of the people, the camp, work, railroad, shipping, etc. songs, you lose history.  In this world where we very often want to move forward and forget the past it’s a good thing to have someone reminding us where we came from, what those who went before us felt and what life day to day was like. Folk music does this. 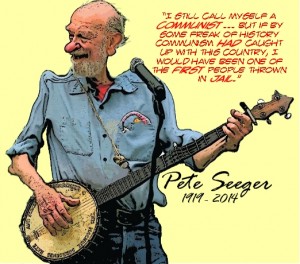 But he was also an activist. He supported workers rights and attended labor union strikes. He attended protests up until his 92nd year where he was present at the Occupy Wall Street protest.  The environment was of the utmost concern to him and he worked tirelessly in that area to educate using music as well as his name which became a household one.

But as Bon Appétit reported a week or so ago Pete, a vegetarian, also taught through food.  “For one thing, I believe that some of the best actions, focus on food,” he told Mother Earth News in 1982. “In fact, I’ve learned that it may be the greatest message-bringer of all.” And just two years ago, he told the Times, “Food is one of the great organizing tools.”

One winter evening in 2000, I sat in a small meeting room in my local library with my young ones and listened to Pete sing and tell stories.  He could have filled a concert hall either at the college or one of the many private ones but he still found public, small and free venues the best place to be.  People and especially children were important to him.  He took questions both silly and serious; he let kids strum his banjo.  He was fun.

And I’ll leave you with another quote:

“Down through the centuries, this trick has been tried by various establishments throughout the world. They force people to get involved in the kind of examination that has only one aim and that is to stamp out dissent.” – Pete Seeger

You can watch the PBS documentary ‘The Power of Song’ HERE 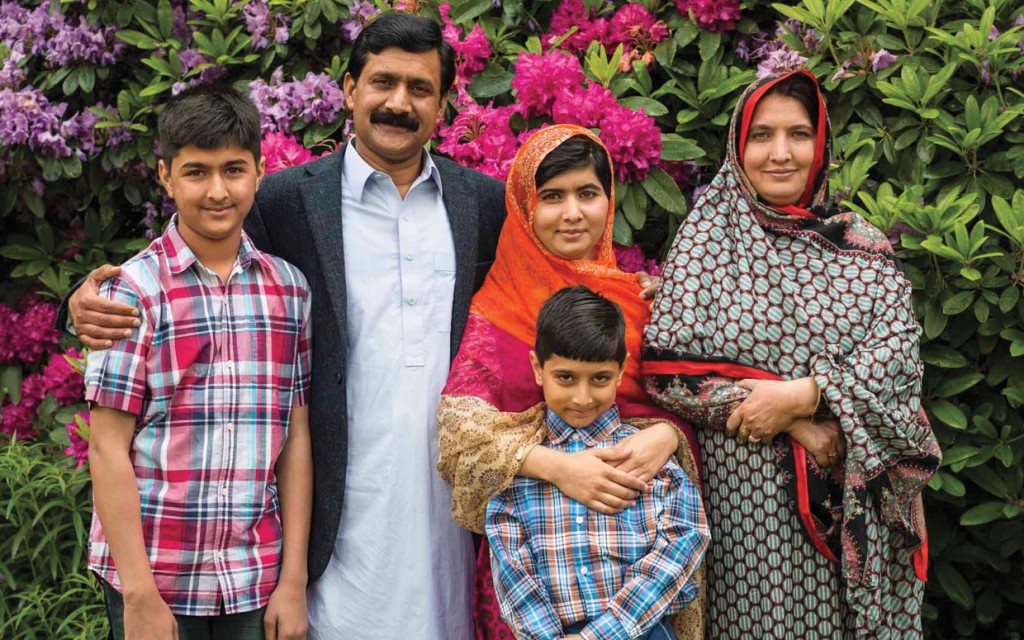 Malala Yousafzai has received a lot of press attention this year mostly due to her book release and non-stop lecture tour of the U.S.  Normally this wouldn’t be something I would highlight here because she has become so mainstream.  However, this poised and articulate woman is such an amazing advocate for the education of women and at such a young age.

At 11 years old Malala began blogging under a pseudonym about her experience trying to be educated as a girl in the Swat Valley in Pakistan. She spoke out strongly against the Taliban and their attempts to keep young women from being educated or seen outside of homes at all.  Her blogs were published at that time by the BBC.

It would seem no accident at all that her name “Malala” translates to “grief stricken” as speaking out put her on a death list.  Her parents in fact, named her after Malala Maiwand who was a famous poet and warrior woman from southern Afghanistan. Grief is something we all get to experience, but it matters what we do with it. In 2009, Malala had a chance to show what she could do with hers when members of the Taliban boarded her bus, asked for her by name and shot at her 3 times with a Colt 45.  One of the bullets hit her in the forehead and travelled through to her shoulder. She was 14 at the time.

Since that time she has been deeply involved with helping bring education to children and especially girls everywhere. Her “I am Malala” campaign has helped raise money for schools in India, Africa, and South America and beyond. She has also been nominated for a Children’s Nobel Prize.

But to acknowledge the great good that Malala has done, one must also acknowledge the tremendous teaching and support of the family she came from.  A young woman like this does not happen upon her voice on accident.  She was taught and loved and given room to be herself by her family in a place and time where girl-children are not at all encouraged.  Her father, a teacher himself saw that young women needed to use their growing minds and had the fortitude of spirit to defy Taliban authority himself to foster her growth.

At a special event with Malala in Washington, D.C., he told NPR’s Michel Martin that he is often asked what training he gave to his daughter. “I usually tell people, ‘You should not ask me what I have done. Rather you ask me, what I did not do,’ “he says.”I did not clip her wings to fly. I did not stop her from flying.”

Although a fatwa has been issued against her attackers, (by agreement of 50 Pakistani clerics) the Taliban has stated that they will not back down from their intent to kill both her and her father.

Now, how hard was it for you to get to school today?