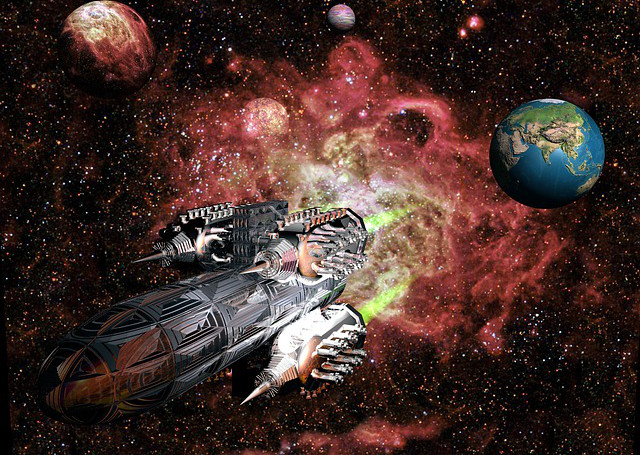 The ultimate sci-fi doesn’t just deal with future technologies or aliens invasions. It also deals with the human condition.

Karla Fetrow: The Millennial’s are a very hard sell. With over 30 million in the US alone, their attitudes and way of life will have an enormous impact on the future.

Karla Fetrow: With his Mitchellesque trademark, Mitchell Warren delivers the first in his End of the Magic Kingdom series with an evil princess who rejects a fairy tale ending.

Feminist Zoe Quinn insists the gaming industry is monopolized by misogynists in neck beards, but how do women really feel about gaming?

Adeel Ahmad: Here we harvest not crops, but the combined global butt hurt of one class over another.

Karla Fetrow: The parting messages to Nimoy were like those you would give to someone going on a long journey.

When There is no Chance of Peace: The Russian/ American Stand-Off

Karla Fetrow: We are entering another Cold War, with the same three players, only this time the script has been changed.

!Yes this is me and My Name is Palestine !

Adeel Ahmad: My name is Palestine and I am the last thorn in the side of Zionism.

Taking no Sides, a Lesson from the Edhi Foundation

Karla Fetrow: The Edhi Foundation presents an enlightened view of charity; one without boundaries, religious or political agendas, only the promotion of the common welfare for all.

Karla Fetrow: In the aftermath of the 1964 earthquake, Alaskans regained their sense of humor.