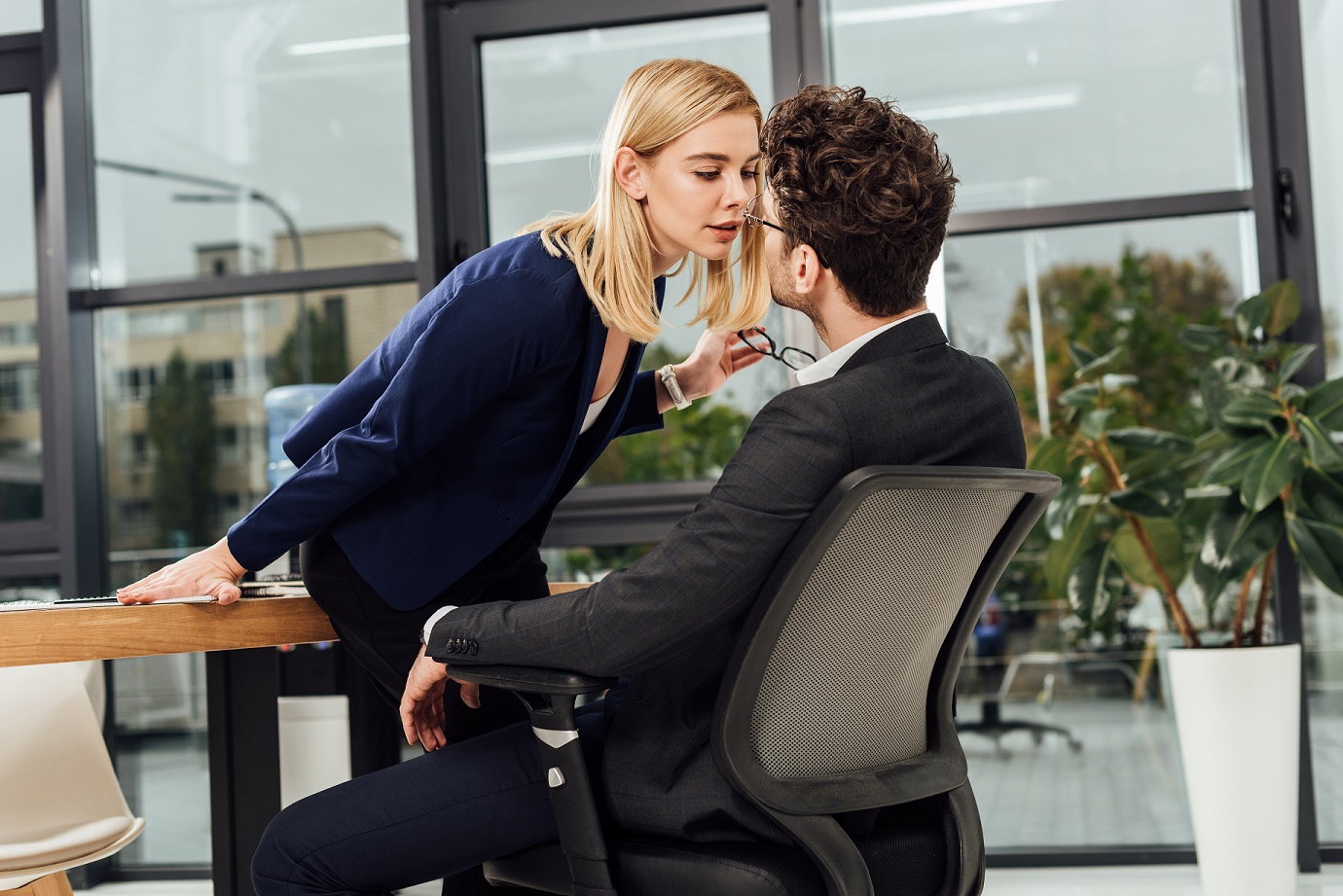 ﻿10 Career-Saving Tips for Having Sex at Work

If you’ve come up with the shocking and indecent idea of having sex at work, you are not alone. And thank God, because if it was only you doing it you – if you were the only human being with this bizarre sexual fetish – then would be singled out and shamed for the rest of your life.

But no, it’s actually quite common, so no worries! Everyone thinks about it. Everyone fantasizes about it. And here’s the funny part. More people than you might think have tried it and totally gotten away with it.

According to one poll, it’s not only possible to get away with a sexy office escapade, but is a fairly predictable occurrence, at least statistically speaking. According to the poll of 2,000 surveyed office workers:

Another poll, this one from Australia, revealed that:

So while it’s statistically rare, sex in the office DOES happen, people do get away with it, and yes, there are probably people in your office who have done it before.

Don’t be surprised that it never comes up in conversation. Nobody wants to accidentally tell a snitch!

The real question then is, why haven’t YOU tried it yet? If it’s one of your hottest fantasies, then ask yourself “Is there some way I could try this with my boyfriend (or hell, maybe just that cute co-worker who’s always flirting with you) and NOT get fired?”

That’s the problem. If you’re going to get away with it, you have to be smart, discreet and anticipate what might go wrong. Before you start making your office space a soap opera, read our list of Top 10 career-saving tips for having sex at work and NOT getting in trouble for it.

1. It helps to be dating the boss. On the other hand, if the boss catches you, there’s usually hell to pay.

It’s usually not always prudent to date the boss, but since the boss knows where security cameras are installed, what hours the building empties, and how to lock the doors appropriately, this is probably the safest way to avoid detection. The boss can protect you and has just as much to lose as you do.

2. If you try to have sex with a co-worker after hours, your biggest security risk is probably the cleanup crew.

If they’re young and hip, they might let it slide without snitching. Maybe if you gave them a generous tip they’d forget all about it!

3. If someone approaches, getting your lover the hell out of the room is your chief concern. If you’re caught in a state of undress alone, just claim you were changing clothes in the office.

They can’t prove anything even if they suspect something. But they probably will give an awkward speech to the whole department about not “changing clothes in the office.”

4. Wherever you go, make sure you figure out a system to avoid detection when entering and leaving at separate times.

While locks are always great, you can’t always count on them. Other employees might have additional keys to the room. That’s why it’s better to plan for a time when few people are around and discuss your “exit strategy”.

5. Try to plan a sexcapade around “company meeting time”.

You’re less likely to get noticed while everyone is out of the office and focused on the speech. (This probably doesn’t work if you’re the boss and they actually notice if you don’t show up!)

6. If you’re not the boss, please don’t involve the boss!

One confession revealed that two co-workers actually had sex on their boss’s desk and insulted their boss all the while huffing and puffing. Then they got caught. Yikes.

That might explain why the couple was were eventually fired. (Although they almost got away with it at first…bravo for effort!) Simple advice: don’t have sex in a place where the stakes are even higher. Don’t have sex out of spite. Have sex for lust!

7. If you’re going to be crazy, you might as well be really good friends with the manager.

There might be a loophole to getting caught and surviving. If the manager (or assistant manager) likes you and gets a laugh out of catching you in the act, they might actually let you go with a warning.

This also means if the manager dislikes you then you should probably avoid that person like the plague.

8. Observe the schedule and behavior of the managers and work around them.

Learn the time of the day when management has their hands full in another part of the building so you can be sure they won’t interrupt you. For example, is there a stock day? A day when corporate visits them in a private office? Could you plan around that?

9. Offer to close up the office/shop with another co-worker so that your boss can go home early. How generous of you!

Of course, this only works if your boss suspects there’s no attraction between you and yours. Act cold and professional with each other while in front of the boss. Pretend like you’re really tired and that sex is the farther thing from your mind. Then catch your boss one night when he looks stressed and is ready to go home early. Make the generous offer, saying “we can close up if you want.”

If the boss falls for it, you have the whole place to yourself!

Most office affairs are successful missions IF you can finish in just a few minutes. (Or if he can finish quickly!) Practice the position beforehand, so that you have practice perfecting the “quickie” and practice getting undressed and dressed. Time is of the essence. Even if someone interrupts you, getting dressed just in the nick of time could save your job.

Still salivating at the idea of raw, passionate office sex? Hey, how can you live with yourself if you DON’T cross this fantasy off your bucket list?

But before you start making out in the call center, maybe it’s time to think about location, location, location. Over at our blog, we have a post called “The 10 Best Places to Have Sex at Work.” Let’s discuss the pros and cons of each office room…

Check it out and share your success story with us!

Dong King is an entertainer, businessman, and entrepreneur specializing in sex positive retail products for the modern couple. He is the owner of AdultShopSexToys and CurvyGirlsLingerie.

If you’ve come up with the shocking and indecent idea of having sex at work, you are not alone. And thank God, because if it was only you doing it you – if you were the only human being with this bizarre sexual fetish – then would be singled out and shamed for the rest…