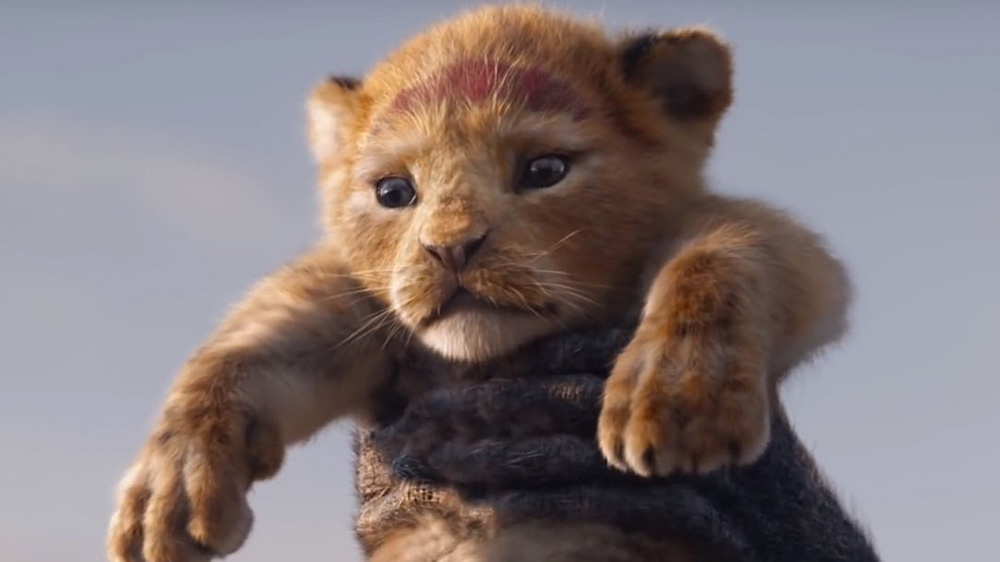 In an effort to be politically correct, Disney removed any questionable content from The Lion King reboot making it appropriate for all ages, persuasions, and social justice advocates of every rank and all Twitter attributes. The result was a movie filled with absolutely no moral or artistic value whatsoever. Here are 10 things I miss about the original.

1. They took all the human expressions out of the lion’s faces.

If you’re going to do an anthropomorphic movie about animal morality, then why would you use CGI graphics that completely dehumanize the animals – making it look like an awkward video game “cut” scene? The Lion King (1994) succeeded as an emotional roller coaster and human morality tale because the animals displayed human faces. We felt the emotions we saw.

2. They replaced the genuinely funny banter of Timon and Pumbaa and added a bunch of farting and mindless bickering worthy of Geico commercials.

Apparently, Pumbaa’s ADHD and Stimpy-like stupidity was too extreme for today’s audiences. Welcome to a sophisticated farting warthog, played by a stodgy Seth Rogen who intentionally watched Ernie Sabella’s Broadway-inspired performance just to get rid of all the funny nuances.

The Lion King (1994) had a death scene so monumentally destructive it drove the rest of the conflict of the movie – and scared parents who had to cuddle their screaming babies. We all felt Simba’s PTSD and he carried guilt for the rest of his exile. The new movie literally made Simba’s exile feel embarassingly light, like a bad boy on a marijuana binge. It seemed as if they were so afraid of traumatizing five-year-olds, they intentionally bored teens and adults. The Lion King was always written with a preteen and teen audience in mind – not toddler-aged children.

4. They replaced Scar’s entire personality with nothing but inexplicable rage.

The Lion King was wrongfully attacked in 1994 for having a stereotypical gay villain. Wrong. Timon and Pumbaa were the “gay couple” and they were actually more fearlessly and flamingly gay than the retooled Timon and Pumbaa, who seem strangely asexual. Scar’s original personality was one of affluenza – a rich and narcissistic lion whose hatred of the world and other animals gave him a royal hauteur. It’s somehow perfectly understandable that Disney has no concept of how most people view the “1%” rich elite. In this reboot, there was no difference between Scar and Megatron, or Skeletor. It was just anger, shouting and a vicious sneer worthy of a WWE bad guy wrestler. You never felt Scar’s “racism” for the lesser animals he despised.

5. They got rid of all the symbolism.

For example, the wildebeest skull drifting away in a stream, as Simba takes the throne. Or, Scar and the hyenas doing an ode to Triumph of the Will / Star Wars. Or when Mufasa’s grand voice “SimBAH!” demanded his boy’s attention, reminding him of the shadow he had to live in for the rest of his life. James Earl Jones’ voice was tempered down to represent a perfect Ned Flanders-type liberal dad who has no concept of discipline.

6. They replaced the charm of Rafiki with a robotic voodoo warrior.

While there was no replacing Robert Guillaume as the original Rafiki, the “soul” of the original movie was with the “creepy little monkey.” He laughed with passion, he cried in despair, he yelled in triumph and his uninhibited love was contagious. And at pivotal moments of the original, he hugged Mufasa and Simba in gregarious, avuncular acceptance. No one hugged in this movie. In the original, Rafiki gave Simba a real pep talk, a heart-stirring speech that healed Simba’s pride. In the new film, we got a Pat Morita-esque lecture, no heart, no appealing to Simba’s damaged inner child. The reboot was “realistic” from an animal standpoint, but completely empty of joy.

Nala had to “love” Simba first, before she could remind him of his destiny. She had to feel his hurt and accept his sensitivity in order to make the emotional journey seem real. (Hey I always did see Simba as a pre-modern millennial type personality!) Disney was so intent on making Nala tough and feminist, they forgot to make her a loving being with any sense of compassion – the type of girlfriend who would support Simba’s ideals and reach out to him emotionally, before kindly reminding him of responsibility. In this film, Nala was as a nagging mother, a talk show host, a condescending big sister – no heart in her voice whatsoever. If Nala was such a badass, why didn’t she just kick Scar’s ass herself? Why did she need to wait for a big strong maned lion to save her?

Disney wanted to cut out the creep factor, right? So why add all the extra shit about Scar wanting to bang Simba’s mom? Just to assure us that Scar wasn’t gay? Was that the point for making this new age kiddie version of the Lion King extra creepy?

9. Hyenas were stripped of humor AND scariness and just resembled rabid forest kitties. (with no personality).

I thought the hyenas in the original film were amazing – hilarious to listen to and scary as hell. Disney was accused in the 1990s of making them “ethnic”, which was a ridiculous claim, since half of the original cast was black anyway. These new hyenas are strangely written to be white, with no more sense of humor except a more homophobic running joke of “bro, you’re invading my personal space.” Shenzi was no longer allowed to be funny with Whoopi Goldberg’s flawless voice– just a dramatic actor worthy of a Gods of War cut scene in PS4.

10. They stripped all the songs of color, making the movie feel more like an Anti-Trump propaganda video starring CGI animals.

There’s nothing wrong with being Anti-Trump, but at times this movie felt like an extended PSA, robbed of joy, color and artful imagination. In an effort to stay true to life (and indeed what lion pride hasn’t built a pseudo-religious community based on human values?) the filmmakers replaced all the magical and surreal choreography that made the songs all the more charming. These songs were whispered, spoken, occasionally belted, and so “down to earth” it felt like a production sponsored by your politically conscious church.

In an effort to be politically correct, Disney removed any questionable content from The Lion King reboot making it appropriate for all ages, persuasions, and social justice advocates of every rank and all Twitter attributes. The result was a movie filled with absolutely no moral or artistic value whatsoever. Here are 10 things I miss…

A Review of the Impossible Burger

5 Tips of Drinking Wine at Home