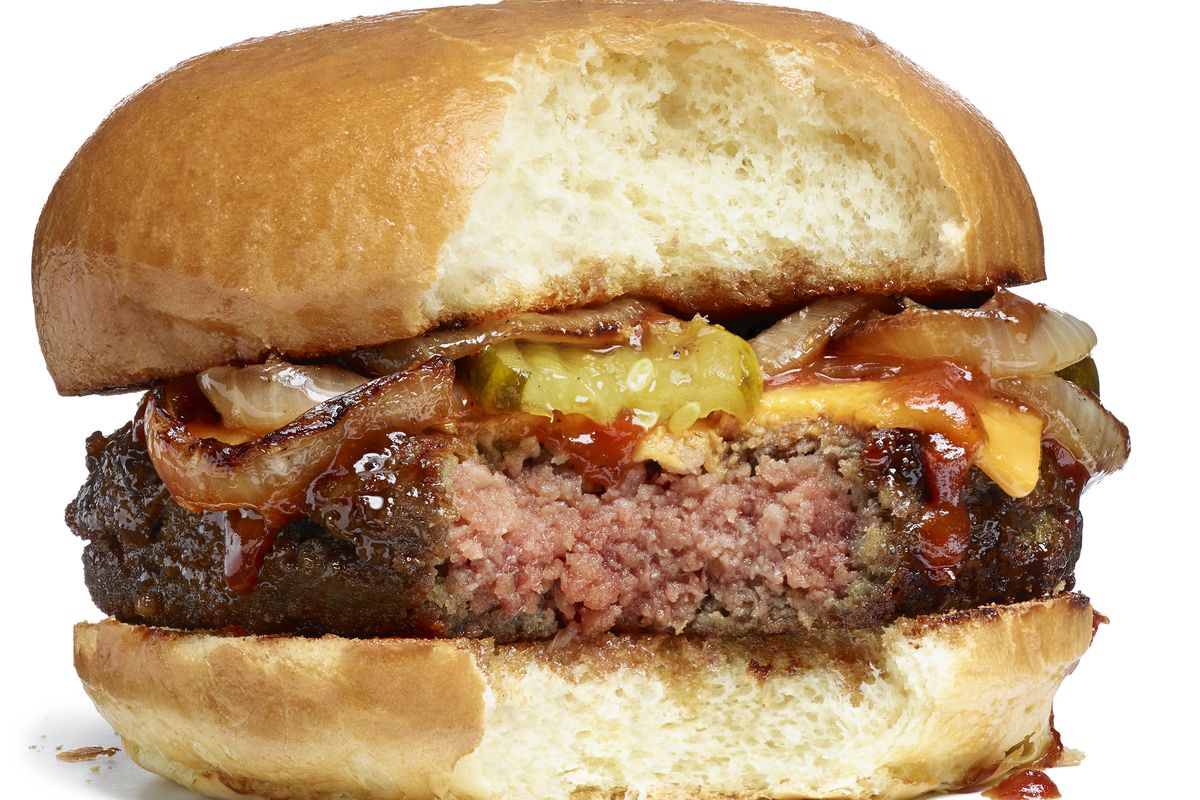 A Review of the Impossible Burger

The Impossible Burger is indeed proving the impossible – that mainstream America can actually choose the healthier and environmentally friendly option.

It’s no coincidence that numerous big name fast food companies and grocery stores are stocking vegetarian and vegan options, as meat becomes more expensive to produce – hence reinvigorating the great debate whether you “should” eat meat, given all we know about animal cruelty, links to cancer and heart-disease, and newly discovered environmental concerns.

Long story short, business says YES you can still eat meat…but you’d better be willing to pay more for authentic since livestock and factory farm manufacturing costs consistently rise. Not to mention the fact that we can’t afford to keep mass-producing cheap meat products forever and expect not to pay for it in resources. In fact, companies have already invested billions in science-lab created non-living “meat”.

On the other hand, when we think of meat, we think modern-day Whoppers and Big Macs hybrid products, which are 10% meat and 90% “factory gunk”, thereby invalidating the very idea that “real meat tastes good”. What is actual meat in this day and age?

Adding to the moral conundrum, we have the Impossible Burger, which I sampled at Red Robin along with Whiskey BBQ sauce. It was touted to be the most realistic faux-meat burger on the market.

Sampling it I noticed three things: the texture was more durable and rubbery like real meat (which of course I wolfed down in the early 2000s before stopping permanantly in 2008), the food was much more filling than the typical Burger King veggie burger (which doesn’t do much to curb appetite), and the taste was disturbingly close to the real thing – so much that my body gave me a feeling of what I can only call “vegetarian panic nausea.”

The unique meat-like taste of the Impossible Burger comes from “heme”, a molecule found not only in real but also as “leghemoglobin”, a molecule found in soy plants. This plant compound gives the faux meat its “blood” or pink juices that give you the feeling of satiation as well as the forgotten scent/taste of what I can only call “death” or the “hemoglobin glow.”

As a 10+ year vegetarian who occasionally misses the taste of real meat, I can say I liked the burger so much I couldn’t even justify eating it more than once a month. Something that tastes that much like a “real burger” can’t be doing good things to my health!

Red Robins all over the country are offering Impossible Burgers and Burger King will soon join the vegetarian/vegan race offering its own (cheaper) heme-Whopper. Just imagine when these bloody burgers start hitting grocery stores someday.

Mark my words, will someday become a rich man’s food, given escalating factory farm costs, the wider availability of meat-like substitutes for the poor, and naturally, the social shaming of localized hunting which could well be phased out completely with new legislation.

And then all the meat-eaters, their accumulated breath wreaking of rotting flesh and hemoglobin, will foam up about their waists, and all the Ronald McDonalds and bacon activists, will look up and shout “Save meat!” And I’ll look down and whisper, “No. I’m vegetarian.”

The Impossible Burger is indeed proving the impossible – that mainstream America can actually choose the healthier and environmentally friendly option. It’s no coincidence that numerous big name fast food companies and grocery stores are stocking vegetarian and vegan options, as meat becomes more expensive to produce – hence reinvigorating the great debate whether you…

It’s Time to Admit Daenerys Targaryen Was a Terrible Feminist