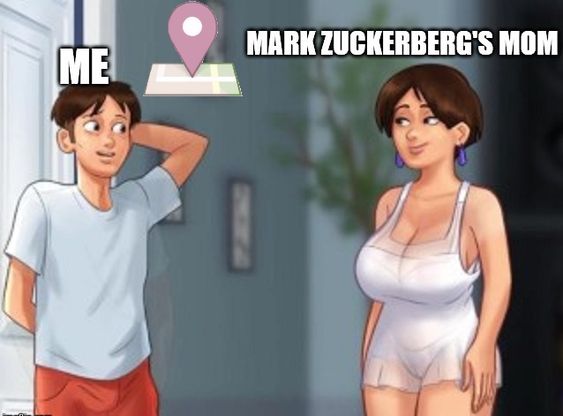 There’s a lot of griping about Facebook these days, about privacy, data loss, moderation, account bans, what have you. In all this, some issues get lost.

Let me start out with a full disclosure: I never liked Facebook. Its interface is clunky, I didn’t like the limited editing ability, and I thought the whole thing was vapid. The only reason I spend time there at all is (1) it is part of my job, and (2) it’s where all the people have migrated to, which covers point #1. I also have never owned any stock in Facebook, and I will get into the why of that later because I am an investor, principally in the Tech sector because it is one I understand.

OK, so Facebook is a public corporation. What does that mean?

A corporation is an entity that exists to make a profit by selling goods and/or services. For example, when you go to Walmart and buy a bag of Doritos, Walmart, the corporation makes a profit by selling you Doritos for more than they paid for it and incidental expenses for selling it to you. If they don’t turn a profit, they go bankrupt and out of business sort of like Radio Shack, Circuit City, Toys R Us, and soon Sears. You get the idea.

Frito-Lay also makes a profit by selling Walmart a truckload of those bags of semi-edible food for less than it costs them to make it.

OK, so, what is Facebook’s product? You’re not paying them anything to be there, so they can’t be making a profit by selling you anything. That’s right, you’re the product, and they are selling your attention and data to anybody willing to pay for it. Their cost for that product is the cost of maintaining a social network.

Let me illustrate that point by talking about pig farming. A pig farmer makes money by raising hogs. Now unlike chickens that lay eggs and cows that give milk, the only thing a pig produces that is saleable is the pig. Now the Farmer needs to keep that pig reasonably content, well fed, and healthy right up until it sells that pig to a packing house led by a ring through its nose. OK, I am making that part up, that’s a bull but you get the picture.

Anything that raises the cost of getting the pig to market is bad, and a pig that causes problems may be taken care of so it doesn’t cause any more problems. In addition, there are government regulations about pigs, so some types of pigs may become unprofitable to raise, those need to be dealt with too.

As I said, at Facebook you’re the product, and like that pig, Facebook has to keep you reasonably happy and content up until the point where they sell their product to a buyer who hopefully doesn’t run a packing house. They also need to adhere to government regulations to keep expenses down.

This explains where we are with Facebook today. No, Mark isn’t the problem; his removal would only put another CEO in there who is going to have exactly the same purpose: making money for the Corporation because that is a corporation’s purpose.

The real question though, is knowing all that, why would you go to Facebook to start with? There are plenty of small social sites out there, hell, the startup costs on one are so low you could set one up yourself and many people have. Places like here for example.

Facebook isn’t even about Farmville or Lolcatz anymore, it’s about selling your attention when it isn’t selling your data. How much of your news feed is actually from people you want to hear from these days vs. paid content?

There is nothing other than inertia making you go back, and to get back to my investments, that is exactly why I will not put money on Facebook. At the point large groups of people wise up and leave it is history.

So if you don’t like large corporations controlling your attention, data, and life, maybe it’s time to do something about it. A first step is to stop helping them lead you to the meat packers when you don’t have to.

If you don’t like large corporations controlling your attention, data, and life, maybe it’s time to do something about it.

It’s Time to Admit Daenerys Targaryen Was a Terrible Feminist