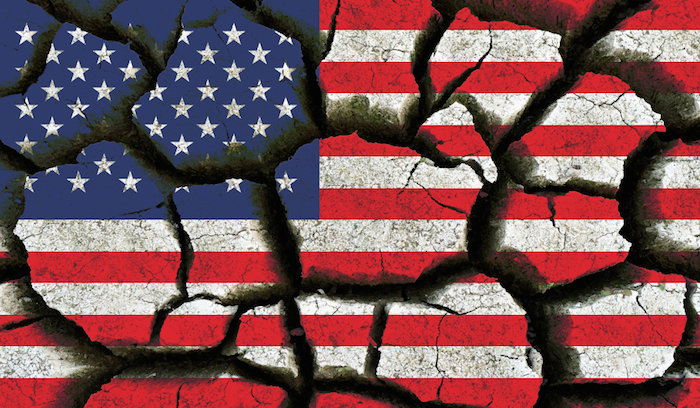 Each time there is another mass killing, there is another debate over gun control.  It’s inevitable.  We all wish to believe we can enter a church, a theater, a center of education or other public arena without being caught in the cross-hairs of a lone gunman.  We want to feel safe.  We want laws that will make us safe.

If we are developers, we want  laws to reflect our right to develop.  If we are workers, we want laws that guarantee us a sustainable wage.  Some people support laws that favor their religious, ethnic or racial biases.  Some support laws that increase the needs for their particular services.   All those who would change or create new laws however, depend on the construct of the Bill of Rights.  Any threat to any part of this icon of freedom is a threat to the individual.

The Second Amendment guarantees us the right to own and bear arms.  The perception may have been built off the rudimentary values of the rugged frontier; a time of intense lawlessness and treachery  when even honest hard-working men and women carried guns; but it could also have been a perception that tyranny arrives in many forms. 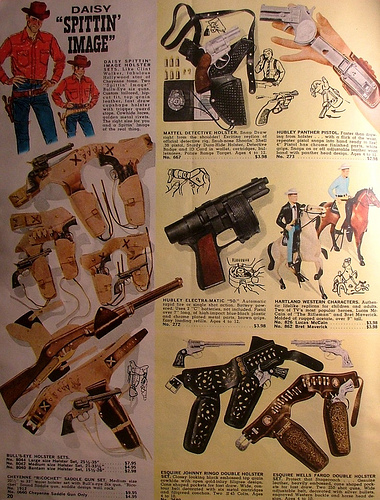 The Commonality of Individuals

Individuality is one of the main cornerstones of American values.  The independent spirit is admired as a progressive venture into the exercise of our natural liberties.  When broken down into small communities or applied to the early days of frontier exploration, the independent spirit can be seen as a motivating force that causes great changes within society.  When applied to an enormous government body dominating the arena of international policy making and conflicting internal affairs, this independent spirit, split into thousands of grouped community voices, boils down to nothing more than gerrymandering and filibusters.

America makes and sheds laws as rapidly as animals shed their summer coats.  The shifting in policies reflect the many divisions in society and their individual interests.  There are so many alternate views, it’s beginning to look like the United States will soon become the Fifty States of Opposition.  Even as individuals, there must be some commonalities.  There are.

Our greatest commonality is based off our natural liberties.  We all want shelter, food, water and gainful employment.  We feel it is our right and when our laws fail to secure that right, we want the laws to change.

Although there is a great deal of division in how our basic needs should be secured, individually, we will generally take a stand with an employer who satisfies these needs.  We will oppose any policy maker who threatens our individual livelihoods.  If we have families, we will strive for a safe environmental to raise our children.

Once our individual well-being is secured, we split into our different agendas.  We may want zoning laws, public or private education, public health care or insurance providers, or any other number of things according to how well we perceive these laws meeting our individual needs and how strong our ties are to family and community. 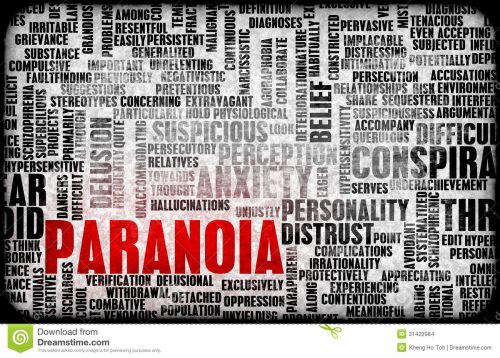 We are a paranoid society.  Whether we are tree-hugging pacifists or groomed militants, we are positive someone is out to get us.  Considering the radicalism sweeping today’s society, somebody probably is.  Somebody probably opposes your opinion enough to hate you.  Somebody probably has you categorized as part of a group with the potential to become an enemy.  That somebody  probably isn’t, however, as conspiracy theorists suggest, a government agent.  It is probably someone who doesn’t know you, has never met you, but has a mental image of your type.  America is a violent society, not just in actions but with words.  Individually, that person will probably never take up arms, but socially will consent to murdering your online presence.

Another cornerstone of American values is our drive to win.  This winner mentality carries over into the debate process with more emphasis placed on who won the argument than who was logically or morally and ethically right. Many of our transient laws are based on short term goals without measuring the long- term impact on the future.  This is particularly true when viewing early, unregulated industrial development, industrial waste and other environmental hazards that were introduced before safeguarding the future.

Recent short-changes to the children’s future have included costly post-secondary education, an overall degradation of public schools, and soaring costs of living.  The busted baby boomers swimming through the housing bubble, pooled resources with their millennial or near millennial children who are now having children.

The millennials were teenagers during the housing crisis.  Their  quality of life means all able- bodied adults work a job.  Children with live-in grandparents are lucky.  They’ve got an at home babysitter.  Other kids go to daycare.

They also grew up with the pathology of mass killers.    The highest number of shooting deaths for school aged children between the years 2000- 2010, occurred in 2007, with thirty-eight deaths resulting from school shootings.  The pathology has carried an escalating pattern since the early 1990’s, when the millennials were still watching Animaniacs.  They didn’t have answers after Columbine.  They don’t have answers now.

Calling in the Recruits

With the recent high school shootings, predictably, once again, the subject of gun control took over the airwaves of memes and celebrity opinions, along with an energetic rash of public opinion.  However, gun control lobbyists got to add a new twist to their campaign.  High school students were speaking out in favor of banning assault rifles.

Gun advocates had a number of reasons to feel indignant.  These were juveniles not yet of age to vote.  Their show of solidarity toward the victims of the shooting did not reflect their understanding of the political process.  The youth were suspected of attention getting or simply taking time out “to have fun” by joining gun control lobbyists.  They were being manipulated; brainwashed.

There is some validity to the argument that the adolescents were being used as a tool to advance a cause.  Children are often coaxed to give a performance for social networking.  Usually it’s something cute, like singing and dancing, but occasionally the rehearsal is for delivering a social message.  The younger the child, the more viral the performance.

Young minds are pliable.  Youth are often recruited early for military disciplines before actually acquiring military status.  Youth make enthusiastic campaigners for religious or charity drives.  They are curious.  They like to experiment with new things.  They are natural candidates for a political agenda.

It can be assumed that some of these adolescents felt more of a thrill in taking part in a demonstration than an actual commitment to making a statement.  We can also assume that many of these adolescents will be of voting age within one to three years and are learning the government process.

The gun debate was predictable.  The added voice of the youth was not.  The added voice was an intrusion into a carefully kept balance of inaction for lobbyists on both sides.   The focus shifted from gun control to questioning the rights of youth to protest.

With decades of political experience in maintaining gun debate inertia, the lobbyists and their supporters should have been able to finish off their arguments, chastise the children and put everything back in its rightful place – except the millennials spoke up.  The millennials who were the natural leaders of the youthful movement as they were just a generation ahead of them; and had two things in common.  They had all grown up with computers and they had all grown up with school shootings.  The millennials, who had lost faith in politics back when the housing bubble crashed, suggested that just maybe it wasn’t gun laws that were as much at fault, as society.  Maybe, as a society, we needed to change.

This new shift in perspective from law making to social change caught the political mandates so off-guard, they are still scrambling to keep up.  What was being suggested was preposterous; a lawful society instead of a society controlled through the force of the law. 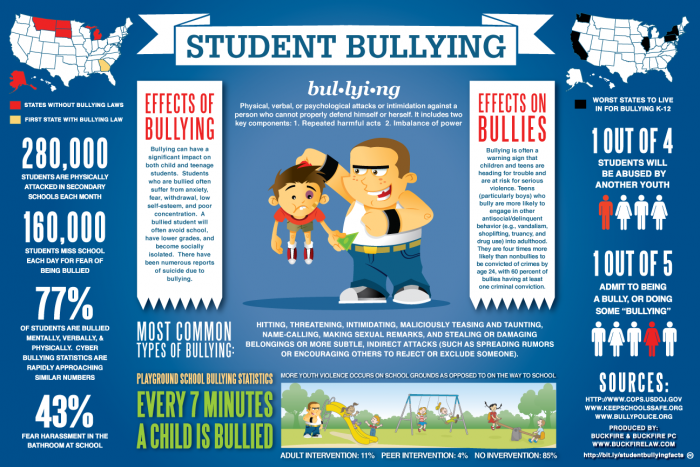 The search for social answers started very innocently; with a few thoughtful students suggesting we haven’t been kind enough, caring enough toward each other and that we should strive to be more inclusive.  This lead to a few murmured sentiments concerning anti-bullying, which was immediately stone-walled by bullies against bullies.

Indecisiveness grew over who was a bully and how to handle bullies, giving the adults the perfect time to step in.  Obviously, the hostile school environment was the fault of the children.  They were lacking in their manners.  They were negligent in their behaviors toward each other.  They had created a pity society. Obviously, the children needed to toughen up if they were to survive in it.  Survival is what makes you a winner.

One Bungee Jump Ahead

What started in innocence evolved into rancor.  What began as an admission that we all could be kinder graduated into finger-pointing and fault-finding because winners are not guilty.  They are the good guys.  By necessity, winners have to bully; at least a little.  They have to keep the losers in their place.

It was revealed during the latest shooting that the perpetrator had a long bullying history that apparently the children had been left to cure as the parents, counselors and teachers seemed to be missing in action.  In other school shootings, the perpetrator was revealed to have been ostracized and bullied.

Most people do, but coping doesn’t necessarily mean the wounds are healed.  It doesn’t mean that there is no pain.  Nor does it mean that those who have been bullied won’t turn around and bully others, because this is also a coping mechanism, covert and often seemingly justified.

The children dared ask the question, “what can be done to change social norms so that public places are once again safe?”  We, who ignored the escalating school shootings that began in 1990, don’t have the answer.  Our Fifty States of Opposition have proven we can’t come to agreement on anything.  We gerrymander.  We filibuster.  We bully.  It will take the children working together to figure out how to deal with the terror in our midst.  It’s their future.  All we can do is wish them luck.

This is Why We Always Listen to the Victims

What Are the Potential Benefits and Impacts of Bitcoin Donations on Charity?