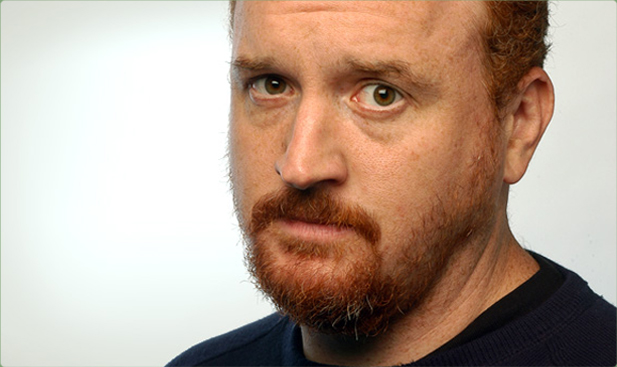 I know I can’t be the only post-feminist woman intrigued by the puzzling personality of Louis C.K.  After all he has been written about, focused on and commented on by almost exclusively women since he was accused and admitted to sexual misconduct earlier in the month.

He certainly misused his station and put a lot of women out of the business or, so the tales say, due to his weird sexual needs.  He put even more of his female friends in a weird position as they now must admit what they had heard about him was true.

In the case of Tig Notaro, she chose to address this both directly in interviews and indirectly by writing a script for her sitcom “One Mississippi” that mirrors the reports of Louis C.K.’s masturbatory behavior.  It should be noted the sitcom and episode were produced by C.K. himself so it’s not as if he didn’t know this was being bandied about.

Sarah Silverman addressed his behavior with a sense of bewilderment that I almost believed.  I say almost because she kinda has the deer in the headlights bewilderment running gag going in her style.  But she did address it on her show, “I Love You, America.” head on and with dignity and sadness.  It was one of the most appropriate head’s ups I have ever seen following a scandal of a friend.  Side note: No word from her as of this writing about Senator Al Franken who was on her same show a few weeks beforehand, cracking side jokes about appropriateness and sexual harassment.

Still I find myself feeling for Louis a little bit and I’m not sure why.  It could be because his comedy has been so real and direct, not shying away from the hard or tawdry bits of life.  I always admired the way his show “Louie” showed a truly fucked up part time dad who did things wrong and had to apologize, a lot.

Then there was the non-consensual sex episode, which in retrospect seems like a cry for help.  A “please, I’m trying but I fuck, up but please, like me still.” cry.

He has never made a secret in his writing that he has problems with women, he doesn’t always respect them and there is a bid of the Madonna/whore in a lot of the way he presents the women in his comedy.

I watched about a month ago, the Documentary “Too Funny to Fail” about the Dana Carvey show, which Louis C.K. was a writer on and was not at all surprised that he said in interview, he didn’t like Jimmy Fallon because all the ladies in the production were half in love with his good looks and talent.  Louis stated he threatened to leave if Fallon was hired because he didn’t want the competition with the ladies. That doesn’t sound like a man secure with his place in the dating scene.   Or his manhood.

I’m interested to see his latest project.  The film “I Love You Daddy.” Whose release was cancelled seems like it might answer some questions about how he views power and sexuality and women/girls and what makes women and girls different breeds.  I hope it finds its way to some streaming venue soon because I really want to know what he’s thinking.  I also finding incredibly interesting that with everything on precipice of blowing up on him, he chose to write, direct and act in a script about sexual conduct and morality.

Louis C.K. like all comedians has always been playing out his foibles for our laughter.  It’s the place of the clown, to fall so we don’t have to.  My overall hope is that all the people in the industry who are falling over themselves to apologize for not doing anything or not knowing or allowing in anyway misogynistic, misguided, abusive behavior to happen, my hope is that they stop.  Stop falling over themselves trying to distance their behavior from that of their friend(s) and wonder why it was okay in the first place.

And I mean really figure it out.

Because if it’s just that he’s bringing in money that’s definitely not okay.  It’s not okay to allow someone to be sick and not care for themselves because they are paying our bills.  That’s the kind of shit that killed Michael Jackson.

But, if it’s what I suspect, that because we all as a society are kinda fucked up and okay with a certain amount of wacked out sexuality, we need to start looking at more than just the Louis C.K.’s. We need to look at our own suppressed sexuality as a country and do something about it.

I suggest we begin with teaching not “sex-ed” in schools but the ethics of sexuality.  We need to be less concerned with the mechanics of sex, which, humans will figure it out, we always have.  But how to say yes and how to say no, and when.  When we start having those conversations we will be better at sex, and misconduct will be a thing of the past.  But we need to start talking about what good conduct is, and how to communicate it.

I guess what I feel is that Louis has brought the conversation to us.  He did so through his actions yes, and by his direct apology.  But now it’s on us.  It’s not just about him sadly whacking off anymore.  It’s about all of us and whether we want to be better humans.

It’s not just about Louis C.K. sadly whacking off anymore.

Having a scary fun and sober Halloween without drugs or alcohol

This is Why We Always Listen to the Victims