Your Guide to Halloween Horror-thon and Where to Stream It!

As an adult, I truly appreciate the magic of Halloween.  A night where you can be anything, dare anything and do quite a lot.  It’s necessary for us to let go even if it’s once a year.  I also appreciate the stories.  I grew up on the stories, first told to us, then read and finally viewed in cinema.  I adore horror of all kinds and look forward to the time of year where my friends don’t think I’m as crazy for staying up all night watching spooky, surreal, scary movies.

Whether you are going out tomorrow night or you’re staying in, I have compiled my favourite of all that I have viewed thus far this season with where to stream them for a reasonable amount. 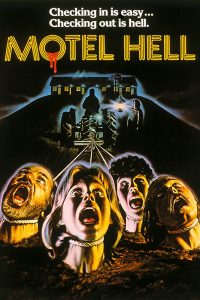 My favourite movie of all this year falls into the Slasher genre.  It one of those early 80’s movies that is just one decimal off from comedy.  It’s is extremely tongue-in-cheeky.   The story revolves around a Farmer who also owns a hotel.  This hotel is great for the road trip economy with families and various other sorts stopping through.  Of course, the farm and the Motel have a secret and I shall not give it away here.

This movie racks serious bonus points for having a strong ecological message, years ahead of its time which point the finger squarely at mankind.  It also features Wolfman Jack.  A tip about me, you can get me to watch, listen to or show up for practically anything if you tell me Wolfman Jack is in it.

The Rambler features Dermot Mulrony who has been popping up in a lot of film lately.  Here he plays and extremely rough drifter who doesn’t seem to fit in anywhere.  It doesn’t help that he doesn’t seem to care to fit in.

He is indeed a Rambler and the audience is given very little information about him before they join him on his haphazard journey to nowhere.  The editing of the movie is irregular, but I felt it came together for the betterment of the story.  The viewer is left feeling disconcerted and almost as lost as the Rambler seems to be.  Absolutely no questions are answered in this story, which leaves the viewer to fill in their own rhyme and reason.

Where you can watch: Shudder or Amazon Prime with Shudder App. 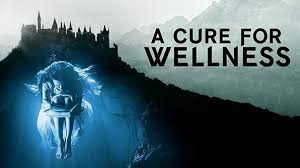 A Cure for Wellness

I will admit, I knew nothing about this movie going into it.  When I read about it after watching, I learned Gore Vidal, director of this gem, kept information about it was kept under wraps on purpose.  As a result, it didn’t do very well at the box office.  It has, however, picked up in home viewing.

Built as and nod to Old Hollywood Cinema, complete with almost technicolor coloring and the brooding buildup old movies were known for.  Indeed, there are lavish dance scenes and well-placed side trips, it’s reminiscent of great Universal Horror movies.

I put it under “Monster” movie because there are monsters throughout, it’s up to you, the viewer to find them.  But it also has a hint of the supernatural and sci-fi to it.  It’s practically the perfect horror movie.

Where you can watch: Amazon Prime/Vudu/YouTube: rent for $4.99

I had a bit of harder time choosing this one.  There are so many great Horror/Horror adjacent series’ out right now.  It says something about us as a society doesn’t it that one of our biggest genres in television is Horror.  Perhaps we need to blow off some of our own inherent rage.  Or, maybe we need something more vicious and scary than what we wake up to daily.

If you haven’t watched Penny Dreadful yet I can only ask, “Why not?”  It is at the very top of all my horror lists.  For me it ticks all the boxes.  Well known stories like Dorian Gray, Dr. Frankenstein and his Monster (s), Dracula, The Wolfman and more are painted with both respect and imagination.  It’s like viewing a Monster’s Ball.  The costuming is beautiful, the sets are perfect. The script is divine.  I cannot say enough good things about it.  It is everything Universal should have done with The Mummy.

But, this is Halloween and we want a bit more than romance, we want a few jump scares, so I will also recommend American Horror Story, specifically the Roanoke season and the Cult seasons. 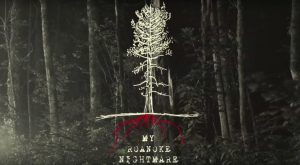 Roanoke, because the format pays homage to every paranormal investigative television style ever, down to and including real-time news coverage.  It would seem like slamming so many styles together in one season would cause the overall story to be disjointed, but it overcomes that.  I also recommend for this season because it did give me, a jaded horror veteran, a couple of jump scares.   That rarely happens anymore.

Cult, because it is frightfully tied to current news and social concerns.  It plays on all our fears of right now.

It is almost more disturbing because it is not an escape.  It makes us view our American selves right in the eyes. 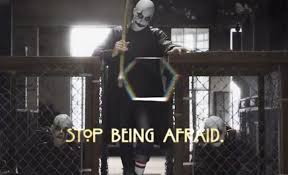 Staying in on Halloween? Or want something to get you in the mood for going out? We’ve got you covered, complete with where to stream.

A Summer In Review

Tips for the Newly Homeless