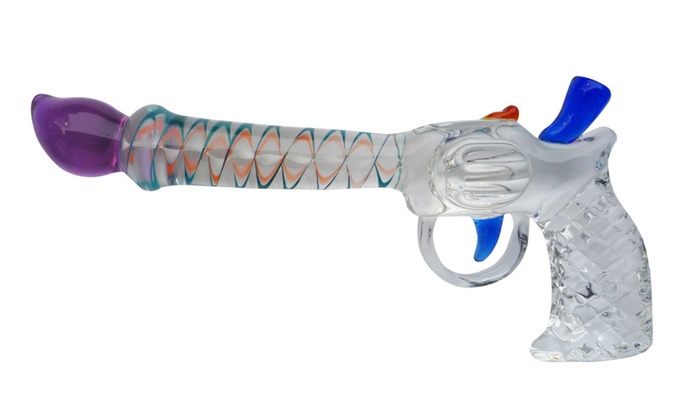 Republicans want to control who you can marry, when and if you reproduce
& what public bathrooms you can use
But won’t even discuss gun legislation after a mass shooting.
They care more about who you fuck & what you put in & take out of your uterus than
Some psycho bastard with an automatic rifle
Or 2 or 12 or 20 or 200
Who decides ‘let’s see how many people I can kill.’
It’s his right to have those rifles
But it’s not your right to use the ladies room if you’re a trans woman.
Violence has always been more permissible than sex in America
As if killing is natural but intercourse an abomination.
Blame it on the Puritans, but it’s man’s obsession with killing and weapons of death that carries it on. Like religion & rape, it’s his legacy.
He also fetishizes weapons from bow & arrow to knife to sword to gun, lovingly caressing them, polishing them, displaying them, playing with them.
There are men who would, if they could, fuck a gun rather than a woman. Or fuck the gun and shoot a woman. Or fuck the gun, fuck the woman, then shoot her.
It’s all mixed up in the misogynistic mess of sex and violence equivalency as if the two belong together in the same category as, say, roses and tulips or chocolates and popsicles.
Or in the same breath as ‘thank you, I’m so grateful’ or ‘I love you, let’s get married.’
As if sex and violence weren’t polar opposites like life and death.
Isn’t sex life and violence death? Not in America. It’s all the same here.

Hollywood doesn’t just glorify the gun; it has ‘godified’ the gun.
A cult as manufactured as its deity, you too can be the good guy, the bad-ass bad guy, the cool guy, the right guy, the wrong guy who gets right, whatever myth you choose. Pay your tithe to the gun god so its priests can buy Lamborghinis and houses on stilts in Malibu Beach.

But why use an intermediary when it’s so easy to worship the deity directly, hold it, stroke it, offer up prayers that maybe your dick will grow bigger.

Women love bad boys in the religion of romance. The aura of danger, the sensual lure of looming violence is enticing for those with low self-esteem. You can be your own messiah if you save the hero. It’s a trope for dopes because in reality he’s the killer next door, the wife-murderer, the home-town terrorist who just racked up the biggest body count in mass-shooting history. Deprogram yourself from the cult of romance and find a nice gun-less nerd to fuck.

America gives way too much to the gun. It’s enshrined in the Constitution, it won the West, it makes gangsters cool. But ‘a well-regulated militia’ isn’t one dude with an arsenal of assault rifles. Guns didn’t ‘win’ the West it was stolen from Native Americans with a tide of genocide. Gangsters never make it out of the hood except to prison or a coffin.

If you can speak freely but can’t speak freely & rationally about rational gun laws maybe you’re in a nation whose leaders have palms greased with gun oil and bubbas brainwashed by race-baiting demagogues.

God help you, then.

Gun Fuck by Renee Garcia-Brown   Republicans want to control who you can marry, when and if you reproduce & what public bathrooms you can use But won’t even discuss gun legislation after a mass shooting. They care more about who you fuck & what you put in & take out of your uterus than…