Hurricane Harvey is bearing down on the Texas Gulf Coast. 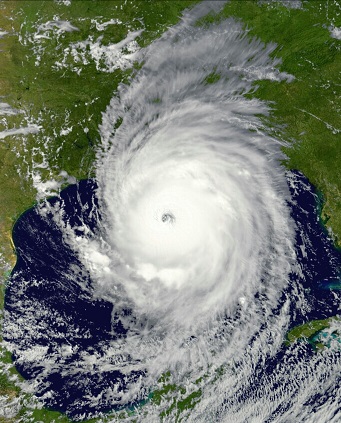 A hurricane U know it’s coming
U got time to heed the warning
Hurricane Trump gave plenty of clues
Every day on TV news
Why wait –
Evacuate!

Trump is ‘considering’ ending DACA (Delayed Action for Child Arrivals), the Obama executive order that allowed illegal immigrants brought to the U.S. as children to stay here in peace. 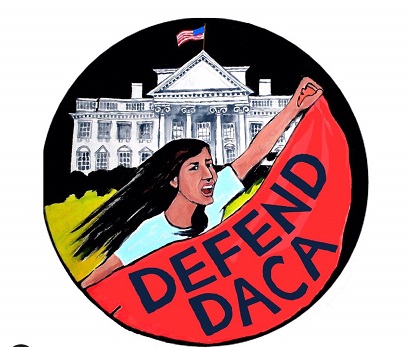 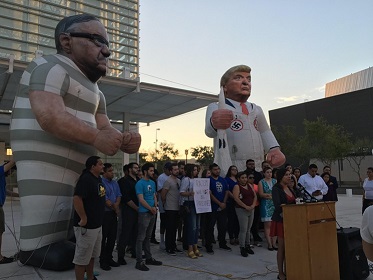 Anti-Semitic hate crimes have increased since the Nazi rally and Heather Heyer’s murder in Charlottesville, VA. 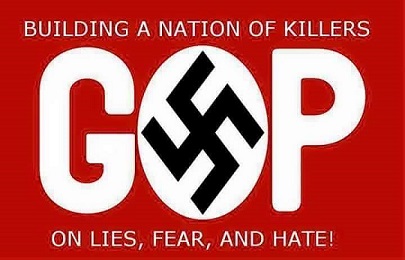 Swastikas & breaking glass
Since Charlottesville
Windows smashed & hate instilled
By Trump, pardoner-in-chief ~
As you sow
So shall U reap

…and if Trump DOES get impeached, then what?

Trump tweets about himself and only refers to Hurricane Harvey as the ‘biggest storm’ with ‘record rainfall’ like that’s a personal accomplishment, while people in Houston drown and fight to survive. 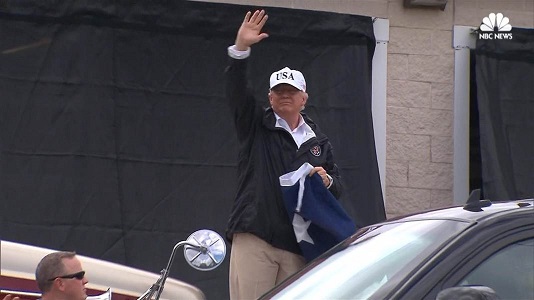 Trump visits Texas to act ‘presidential’ to Hurricane Harvey refugees. He didn’t meet with any of the people left homeless, never touched anyone, never showed any sign of empathy or compassion, but did talk about the crowd size. 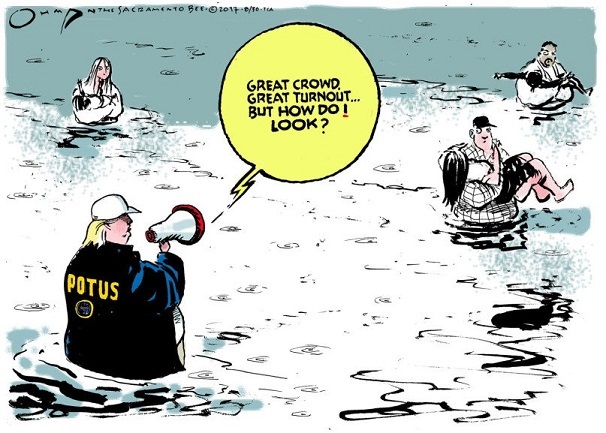 Trump holds a rally on tax cuts for the wealthy while Texans drown and lose their homes in the wake of Hurricane Harvey.

Real heroes don’t talk
Do what needs done
Form human chains
& rescue anyone
No race, religion, or species
No greater love
There is than these

French news-satire magazine Charlie Hebdo puts out an issue with a cover showing & saying that the people in Texas who are dying in the flood are all Nazis so basically they deserve it. 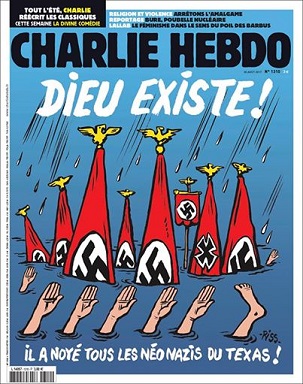 While folks in south Texas struggle with Hurricane Harvey flooding, many losing their homes, their property, their pets, or their lives; people in north Texas especially in the Dallas/Fort Worth area are mobbing gas stations in full-on panic mode, causing a gas shortage that didn’t exist until they freaked out. Meanwhile Trump still threatens to shut down the federal government & hold it hostage over funding for his Mexico border wall even as Texas faces the costliest disaster in American history.

Trump puts off his decision on whether to end the Deferred Action for Childhood Arrivals program (DACA) and Dreamers have to wait over a 3-day holiday weekend to find out if they’ll be deported. 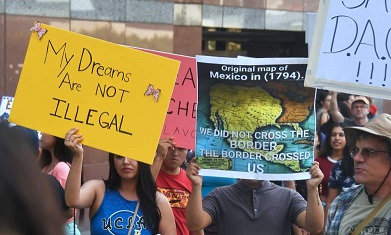 Trump fux #DACA
B-cuz it is survival
4 young immigrants
&was created by Obama
Which Trump hate is more vehement-
Latinos or the black president?

Waiting for the weekly Trump Friday news dump and sure enough news breaks that Special Counsel Bob Mueller has a letter which may prove that Trump fired ex-FBI director James Comey in an effort to halt the Trump-Russia investigation.

It’s Friday time 4 the news dump
Bullshit from the House of Trump
Uncertainty, anxiety in the air
This primate regime flings poop everywhere

Renee Garcia-Brown is an army veteran, former print journalist and published author of fiction and poetry, much of it at Subversify from 2010 (under Renee Y. Brown)  onward. @RenwriterRenee https://www.linkedin.com/in/reneeybrown/

Twitter poetry by Renee Garcia-Brown August 25, 2017 to September 1, 2017   Friday, August 25, 2017 Hurricane Harvey is bearing down on the Texas Gulf Coast.     A hurricane U know it’s coming U got time to heed the warning Hurricane Trump gave plenty of clues Every day on TV news Why wait…