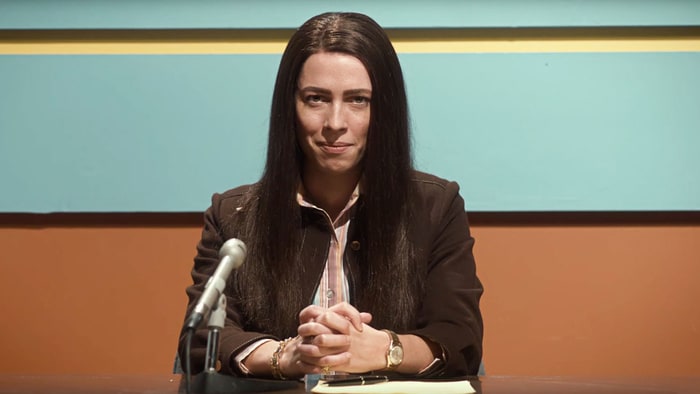 How ironic that in an era where every news report is questioned as “Fake News”, we are questioning whether some debunked “Fake Footage” might actually be the real thing.

New supposed “death footage” of WXLT-TV anchorwoman Christine Chubbuck, a woman who killed herself on live TV in 1974, recently surfaced causing massive uproar on YouTube and other video sharing sites. Users rashly insisted that the real footage was finally located without taking the time to actually analyze the video and notice some visual and audio discrepancies.

It wasn’t long before experienced YouTubers began to criticize the video, illustrating some logical inconsistencies. Including:

An even more reliable source to debunk the video came forward – Meteorologist Steve Newman, a former employee at the station, linked the video to Gordon Galbraith, former news director and Chubbuck’s boss.

As one of the very few staff members on hand to witness the live suicide broadcast, Galbraith immediately claimed the footage was fake.

“The only camera present was the studio camera and the second it happened, that camera was on a full shot of her…this was a one camera show and for those few who actually saw it on air, it was much closer up, but to anyone else, this would appear authentic.”

Perhaps the lurid curiosity of the public is fanned by the fact that the video does exist—and is under tight lock and key. Station owner Robert Nelson kept the authentic video of the suicide broadcast and after his death, his widow kept it.

Deranged death freaks asked Nelson’s widow about the tape (now there’s an awkward conversation) and so she preemptively gave the tape to an unnamed law firm for safekeeping. She stated she would never make the tape publicly available, and it would appear the law firm honored her wishes.

Why the tape hasn’t simply been destroyed is anyone’s guess. One could only speculate its destruction was postponed either for financial reasons, perhaps in the event of bankruptcy, or that it was an esoteric wish from Christine or her family.

Speaking of motive, wouldn’t there be a “death market” just waiting to get their grubby hands on the footage to go viral and bring more traffic to their websites?

One obvious scenario is that a law firm employee or a relative of one went “rogue” and sold the footage for under the table cash. The idea that the real footage has leaked and the first instinct of the law firm, and the employees, is to panic and deny everything is very plausible.

If the footage was released against the will of the family and Robert Nelson, there would be Hell to pay…and to call the real footage fake might be necessary damage control. How many people would even remember “exactly” how the scene took place 40 years later?

Chubbuck’s brother Greg told the press, “I don’t know to this day where it is, but I know no one knows where it is.”

Some journalists even wrote that the actual footage would probably be a disappointment to gore seekers since it was quick, obscured, and over-hyped by the insatiable media. In the end, all the viewer is going to see is the death of one depressed person; not a film, not entertainment, nothing perfectly choreographed that would compete with the public’s darkest imagination.

It does seem as if multiple sources have been “preparing” the world for the actual footage to be released, even if it’s against their will. Along with that thought, another YouTuber commented on the footage, debunking the original claims of “debunking”, stating that it’s definitely possible the footage is real. User SuperSonicTailsEas debunked multiple items of the supposed recreation and reiterated what could be: 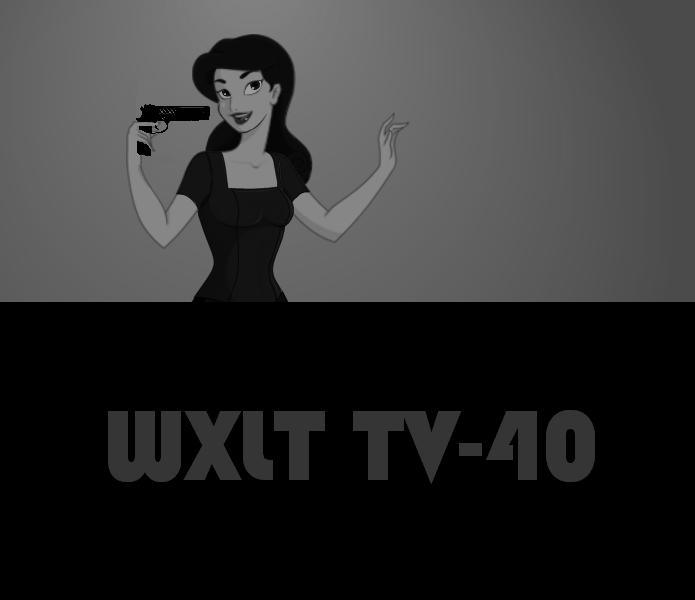 The answer to the last question obviously has no meaning in today’s Idiocratic society, which has made Fifty Shades of Grey a bestseller, elected a sleazy orange salesman as president, and has all but abandoned real journalism in recent years, thanks to lower standards and biased media coverage pioneered by CNN, CBS and the New York Times.

Why would anyone do anything—except to go viral, even if there’s no upfront money involved. Today humankind does every absurd thing imaginable on camera, from live murders to social shaming their own children, or reporting cases of animal abuse and calling for arrests. We are a mentally aberrant society—one that unfortunately, Christine herself predicted.

“In keeping with Channel 40’s policy of bringing you the latest in ‘blood and guts’, and in living color, you are going to see another first—attempted suicide.”

We have all but branded ourselves as a “Blood and Guts” society, particularly in American culture, where we rush into imperialistic wars, we turn out morbidly violent movies and TV shows, we flame-war on Facebook, and we shun our friends and attack our foes because they don’t agree with our politics or religion.

The most shocking thing about this creepy case is not necessarily the deathlust people have to see the footage, because that’s long been exposed. The real discovery is that Christine Chubbuck wanted America to see what they were becoming…the savagery and tabloid sensationalism that was driving corporate business and dangerously influencing public opinion…and yet no one actually understood the social commentary of what she did.

Despite a convincing case by the more cynical and hardened YouTuber analysts, it appears to a skeptical person that the video is probably still fake. There is not a lot of reasoning behind that strange and surreal camera angle, trying to say it’s the original broadcast.

It’s possible that the “release” of this footage was meant to complement the two Christine Chubbuck movies that came out last year, and that artistically motivated directors would go through obsessive detail to recreate the exact scene as it was rumored to happen.

Add to that the phenomenon of public sharing—a great force even back in the 1970s and 1980s. Many viewers on Internet forums still swear to have seen the footage in a Faces of Death compilation video (or an imitator) back in the 1980s. For legal reasons it’s understandable why the producers would have cut that on subsequent releases, since this would be “illegal footage” to view, by the law’s reckoning.

Anyone who claimed to have had a copy of the footage would have probably been sued for copyright violation and or theft, just as they might today, which explains the anonymity of the creator. It’s also well known that Faces of Death faked a lot of death scenes (and wasted a lot of time doing it) for their audience, including a somewhat elaborate, if low budget, monkey-brain eating scene.

If the video is not a modern work, it’s quite possible it was a fake from the 1970s/1980s era that has resurfaced after a recess from the public eye. Though modern interest in this case has resurfaced thanks to SNOPES and other modern tabloids, the prurient interest was always there and made headlines in the 1970s.

According to the Lost Media Wiki, Chubbuck’s footage was never shown on the air again, since an injunction was brought against Channel 40 to release or share the master tape. The master tape and one copy were confiscated by the Sarasota Sheriff’s Department as evidence and then given to the family. There was a rumored third copy supposedly given to the FCC Archives. However, the FCC denied this ever took place.

Isn’t it more reasonable to believe that an old fake has been discovered, rather than the notion that a second camera person was there that day, filming the scene in real time and from an impractical and unusable angle?

But even if there was a second camera person, is it likely she stole the footage, thinking “collector’s item” and hid it successfully for forty something years without anyone asking questions?

It’s obvious that the footage is not the master first camera tape, which would have been much clearer and comparable to a clear and professional news broadcast. 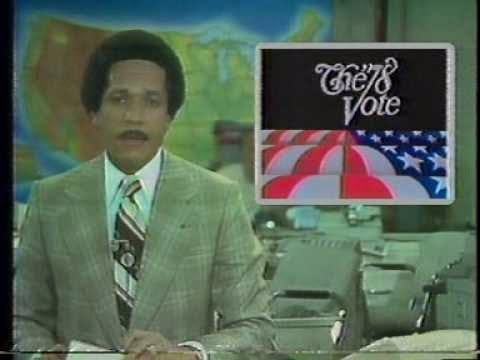 There was no third camera person that day, since cameras were large units and wouldn’t have escaped the notice of producers.

There is one cloud of smoke left to consider though and that’s the fact that episode was taped, at the request of Christine Chubbuck herself. The station usually broadcast the video live and opted not to record every segment on tape since tapes back then were expensive.

Does this indicate someone else could have known of or predicted what was to come, based on the unusual request, and made plans to steal one of the copies after viewing the event?

Given the intense scrutiny and litigation the station was facing after the event, it’s unlikely someone could have gone under the radar for that long a time.

What Did We Learn?

The last irony in all this is that in uncovering all these ugly details, we’ve accidentally debunked another urban legend of cinema. Christine Chubbuck’s broadcast was not, in fact, what inspired the Paddy Chayefsky – Sidney Lumet film, Network, (which featured the plot of a news anchor planning his live, on-air suicide).

It was recently revealed that Paddy Chayefsky was already writing the screenplay by the time Christine did the unthinkable…but that he actually saw the same terrifying “blood and guts” reporting style that the media was pushing when he toured a regional TV station behind the scenes.

Chayefsky’s rebuttal film, however subversive and brilliant, was subtle in comparison to Christine’s televised felo de se. Her self-violence wasn’t so much “satire”, but more of a straight faced indictment of our violent media culture—an act so loud and condemning, it was soon muted by the same news sources she sought to correct.

Would Christine Chubbuck have wanted the world to view the banned footage freely? Sadly the answer has to be yes…because she knew it was the only way we would ever listen.

L. Mitchell Warren is a freelance writer and novelist. His latest trilogy “The End of the Magical Kingdom” is a YA comedy-horror-fantasy written in the spirit of Network.

How ironic that in an era where every news report is questioned as “Fake News”, we are questioning whether some debunked “Fake Footage” of Christine Chubbuck might actually be the real thing.

A Review of PizzaGate