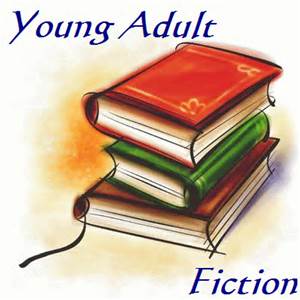 “What Does a Millennial Read Anyway? 6 YA Books I Love”

We hear it time and time again that teens and young adults just don’t seem to read anymore. But that opens up a new question: what should they actually be reading? Teens and young adults want to be both entertained by the fantastic but also intrigued by plots that deal with complex issues they are facing as they grow. It’s common for writers to scoff at young adult fiction as all simple teen dramas, but that’s a narrow view of a fantastic genre. The YA genre is bursting with flavor and here are six examples.

With seven books in the series, the saga grows up right along with its readers. It starts with a young orphan boy being transported into a new world on the first day of middle school. He makes new friends, finds courage, and learns not to judge a book by its cover. It deals with very adult concepts of forgiveness and how power should be used, as well as the idea of a parent’s undying love and sacrifice they have for their children.

Even if you have seen the movies nothing really compares to reading the words straight from Rowling herself. With so much content it’s amazing how she is able to make the whole Potterverse come alive while still making the story with all its characters have layers of depth. This is the perfect introductory book to introduce someone new to the fantasy genre.

2. The Giver by Lois Lowery

Imagine if you grew up in a world of no color or any emotions and where conformity was forced on everyone. Now, add to that the idea of being told at the age of twelve that your job will be to receive the memories of every member of your civilization and all of humanity. This is how the story of Jonas starts and it only gets crazier when he finds out things are even worse then they seem and sameness comes with some serious problems.

The Giver not only serves as a social commentary on totalitarian governments but also on authority and the power of the group as a whole. Should a person simply conform and be the same as everyone else to avoid making trouble, even when they know what everyone else is doing is wrong or should they stand up against it? The Giver is one of the few books that teaches a valuable lesson without it coming off like preaching. While the main character in the book is only 12, the plot is one that will tug at the heartstrings of adults as well. If you haven’t read it yet in school, give this short novel a try.

3. The Outsiders by S.E. Hilton

S.E. Hilton’s novel The Outsiders focus on the members of a 50’s street gang and the problems that come with living a life on the edge. We follow the Greasers during their war with the Socs and effects of one night’s actions. In all the chaos, the main character PonyBoy struggles to learn what it means to be a good person in an unfair world and about the power of redemption. The loyalty among the Greasers in this book will make you feel for them and there isn’t a single moment that doesn’t leave you wondering what will happen to Pony Boy and his band of brothers.

As impressive as this novel is, it’s even more astounding that S.E. Hilton wrote this when she was only fifteen. Her ability to tell such a deep story all through the eyes of someone her own age makes every moment extremely honest. Even though it was written in the 1960’s, the story only grows truer with age. This novel shows that teenagers and young adults can have real struggles and make choices with real consequences.

If you haven’t read any of The Lord Of The Rings books then you’re really missing out on what is most likely the best fantasy series ever written. The best book in the series is actually the prequel The Hobbit. It tells us the legend of Bilbo Baggins and his friends as they seek to retrieve the royal city and treasure from the dragon Smaug.

There is a lot of important lessons from the Hobbit but the two that seem to be the main focus are how greed and power can corrupt anyone; we see this in Thorin’s descent into madness in the dwarf stronghold and Golem with the ring. The second is that greatness and adventure can fall on anyone’s plate and you just have to be ready to rise to the occasion.

It would be impossible to make a modern list of young adult fiction without an entry from John Green. Paper Towns is the story of Quentin Jacobs, known as Q, who has one night of crazy fun with the girl of his dreams, Margo, but only for her to go missing. Her disappearance leads Q and his friends on a journey of bread crumbs to find her. But will Q find the Margo he was looking for? Green’s trademark skill at weaving drama with quirky comedy is on full display in this one.

The central theme of Paper Towns is authenticity and being true to ones self. Green shows us that we can only be who we are and that we have to love those around us from their real imperfect selves. The message of Paper Towns is one that cuts deep in a world where people are obsessed with putting on the right “face”. Paper Towns is the perfect book for those who trying to learn who they really are and really want in life.

6. The End of the Magical Kingdom 1. The Evil Princess by Mitchell Warren

As children we were all told the standard fairy tales of the princess saved by the heroic prince. This is not that that story. Mary Melancholy is a princess destined to be married in order to make peace between two kingdoms but when she falls for the exiled witch “Salem”, destiny goes out the window. Mary must decide what truly makes her happy: her family and people or the witch she loves.

The Evil Princess cuts through the issues of modern family life with satirical wit like a knife through butter. We all have had to deal with challenging expectations in love and dealing with situations where we disagree with our family. You can’t always shape people into the “box” you want and at some point we all have to accept them for who they are and love them anyway. L.M. Warren’s first attempt at young adult fiction is sure to make you laugh and think.

We hear it time and time again that teens and young adults just don’t seem to read anymore. But that opens up a new question: what should they actually be reading?