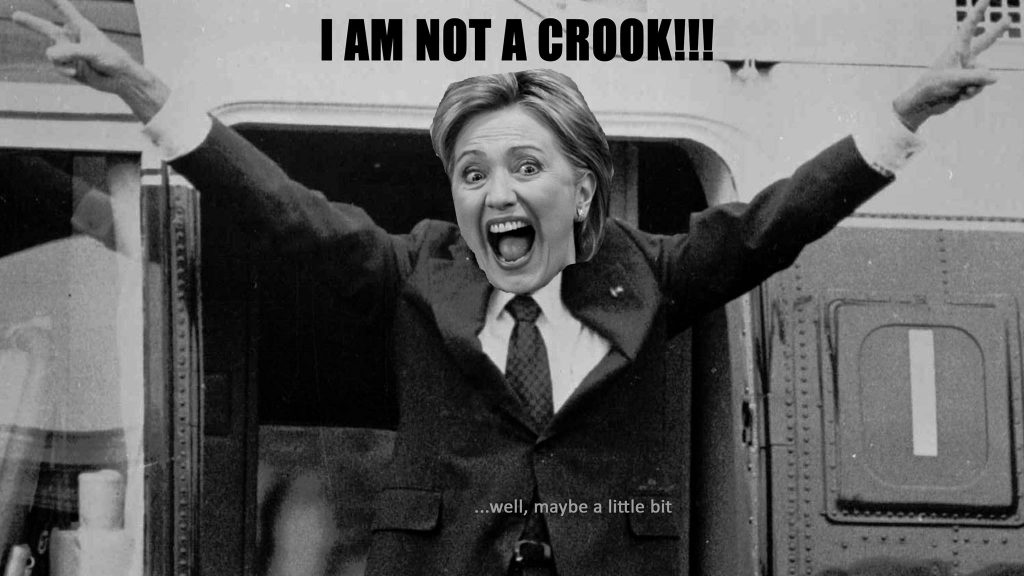 Many years ago, Hillary spoke with exiled president Richard Nixon, as she handled the Watergate investigation. No doubt, she took notes and learned “the rules” from the Mastermind himself during negotiations.

Because today, Clinton stands as the unchallenged Criminal Mastermind of 21st century politics, taking the mantle from Tricky Dick, as she is capable of perpetrating Machiavellian-level crimes without being caught, including most recently a case of voter fraud. I know this not from hearsay or listening to Fox News, but having endured the voting process myself.

On June 7 th I voted for Bernie Sanders in California, registered as an NPP (No Party Preference), who is legally able to vote in the primaries so as long as I request a democratic ballot.

Although I requested such, I was given a Libertarian ballot. I explained that I didn’t want a provisional ballot but a democratic one, since I wanted to “make my vote count”. But the poll worker insisted that I needed a provisional ballot, intentionally ignoring my request.

This kind of electoral rigging is illegal and is causing Bernie Sanders to lose this election. Voters registered as NPP (no doubt the majority of Sanders supporters) were being warned that poll workers may be trained to do this, hoping to disqualify as many NPP votes as possible.

So not only do we have to worry about Super Delegates and biased mainstream media coverage (or lack thereof), but also electoral fraud on an individual basis! People have died fighting for our right to vote. All we hear in the media is to get out and vote and make a difference. Support the process and keep the nation a free country!

So how disheartening it is when we learn that our votes are being tampered with, just so the most conniving politician can thrive?

Now that Bernie is being illegally forced out of the election, we also get bullying rhetoric by Hillary Clinton supporters stating that it’s our duty to “unite” and vote for Hillary to stop Trump. Since when did voting become a rubber-stamping process? “Falling in line” and supporting someone we don’t want to vote for is now the patriotic thing to do?

In every other profession besides politics, this is known as harassment and fear mongering. This too counts as voter fraud as it constitutes a blatant manipulation of the voting process.

Bernie’s lawyers are even talking about bringing a lawsuit against Team Hillary for their illegal voting tactics. Does this sound like justice to you? This is precisely why so many people don’t want to vote – because we are no longer allowed to vote. It’s all a game being played with only the most sheep-like pawns “falling in line” and doing the dirty work of the Queen.

Richard Nixon, when reached for comment in Hell, had this to say. 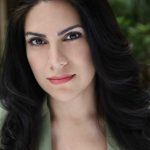 is a multi-lingual actor, singer-songwriter, screenwriter, playwright, director, producer and lawyer committed to examining social issues for their impact on the underprivileged and disenfranchised. She is the creator and star of the popular award-winning web series, comic book and soon-to- be-adapted-for- television series, “Justice Woman”, which follows the story of a spunky Assistant District Attorney, by day, who becomes a defender of truth and justice at night. Vanessa also starred and produced “H.O.M.E.”, an award-winning feature film that examines the loss of communication told through the immigrant’s perspective, and “The Hunting for Lost Characters”, a sci-fi action short film that follows one man’s desperate attempt to save himself from deletion. Most recently, her play “Implications of Cohabitation”, which examines the life of one man’s choices, how these choices inevitably affected his kids and the redemption that can come from accepting the reality of our own humanity, and the weaknesses associated with it, will be at The Clubman, Theatre Row (NYC), this August 2016. Lastly, Vanessa is working on her first solo album, a Latin Urban fusion album, titled “Soy Mujer” (“I am Woman”), with Grammy and Billboard award-winning producers Kenny O’Brien and DJ Napoles to be released Fall 2016.

Check out Vanessa at http://www.VanessaVerduga.com

By Vanessa Verduga. “On June 7 th I voted for Bernie Sanders in California, registered as an NPP (No Party Preference), who is legally able to vote in the primaries so as long as I request a democratic ballot.”