With so many people comparing President Obama to Hitler, Donald Trump to Hitler, and one’s own mother to Hitler, I thought it appropriate to join in the fun and compare myself, a local author with a book to sell, to Adolf Hitler of Nazi Germany. After all, if one’s life even remotely resembles the life of Hitler, the notorious chancellor of Germany, then that is obviously cause for concern.

The moment you realize that you are in fact following in such an evil’s man life pattern is the moment you realize you have to start making changes in your life, politics or religion, so that the Hitler comparisons will stop. So without further hyperbole, and certainly without further adieu or unnecessary stalling with superfluous words, here is my list of why I, The Late Mitchell Warren, am like Hitler.

Somehow, I hope this list helps people to flex their imagination and knowledge of history, so that they pick someone else to compare their most hated politician to – maybe Stalin, Genghis Khan or my personal favorite, Jabba the Hutt.

The point being is that everyone is like Hitler. Depending on just how angry you make a person to merit such comparisons.

Hitler vs. The Late Mitchell Warren

In closing, NO, nobody is like Hitler except Hitler. Just imagine that in World War I when propaganda in Germany was raging, Kaiser Wilhelm II probably said “That is such a Napoleon thing to do! Anyone who disagrees with me is basically Napoleon! Stop being like Napoleon and say something original.” 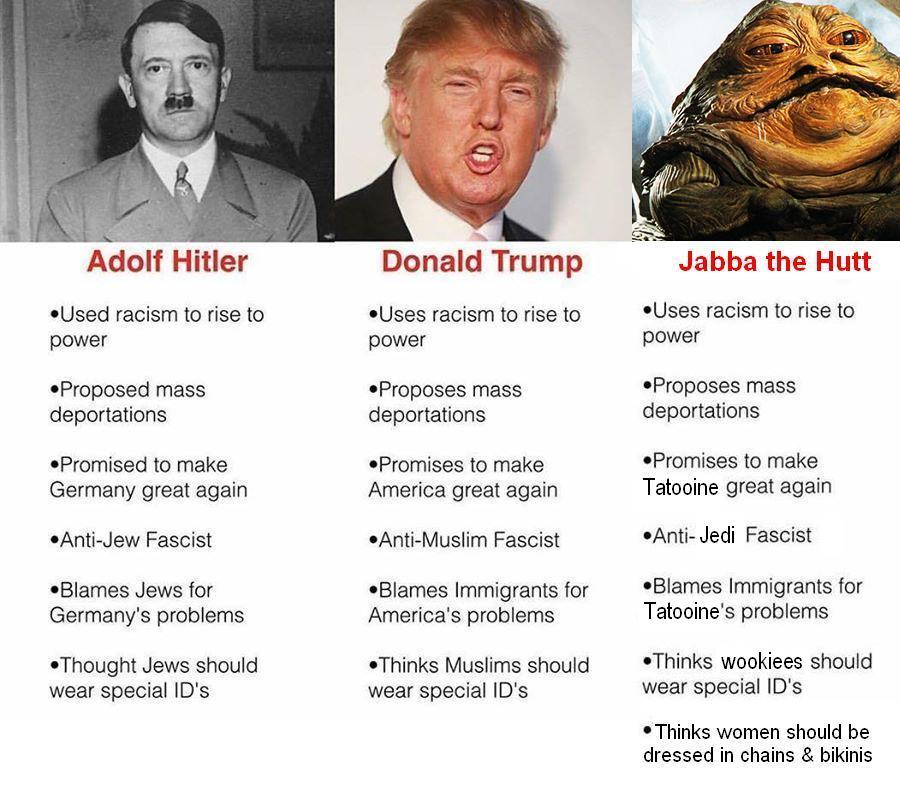