A Review of “The End of the Magical Kingdom 1: The Evil Princess”

Ask a little girl of five what she wishes to be when she grows up, and the chances are good she’ll say, “a princess”. Every little girl knows princesses marry handsome princes and they swoop off to a castle to live happily ever after.

What could bring more disorder to a fairy tale, though, than a princess who doesn’t want to marry the handsome prince? This is the case of Melancholy Mary, whose marital union was solely to help bring peace to the conflicting kingdoms of The Kingdom of Gold and the Kingdom of Blood; which the discerning reader sees are fierce allegorical parodies of modern political parties.

Taking the Abra out of Cadabra

Starting with the title, LM Warren introduces his own peculiar brand of humor; sharp, twisted and dripping with satire. The evil princess is a very tender young girl whose only desire is to follow her heart. She lives in the magical land of Cadabra, which is a very large island made up of several kingdoms; each with its own social designation, and apparently, character flaw.

The story begins with a romp into the puberty of three young princesses who are still more interested in toys than in boys, yet the opening is disturbing. Instead of a bright, cheerful setting, guileless Mary and her two companions are surrounded by an eeriness that seems to slither in like a malicious stalker waiting to strike.

With all the aplomb of a magician sawing a girl in half than making her whole again, Warren then leaps a few years and places you in the enthusiastic celebration of the planned nuptials between Melancholy Mary and the perfectly “Charming” Prince Aaron. Things might have gone exactly as planned if Mary had not taken the wrong turn in the path when going to meet her prince for the first time.

She meets with Salem the Witch and her world is suddenly turned upside down. If magic was evil, Salem demonstrated it could also be delightful and quite liberating. She has a spell that allows the animals to communicate with her in Disney like fashion, and a few other spells that were quite imaginative and effective in keeping unwanted company away.

The story is aimed at the youthful set, but it isn’t advised for under ages fifteen because of violent content. Warren’s wit ranges from the subtle to the outrageous, with each sentence a double-edged dagger meant to provoke as well as entertain. 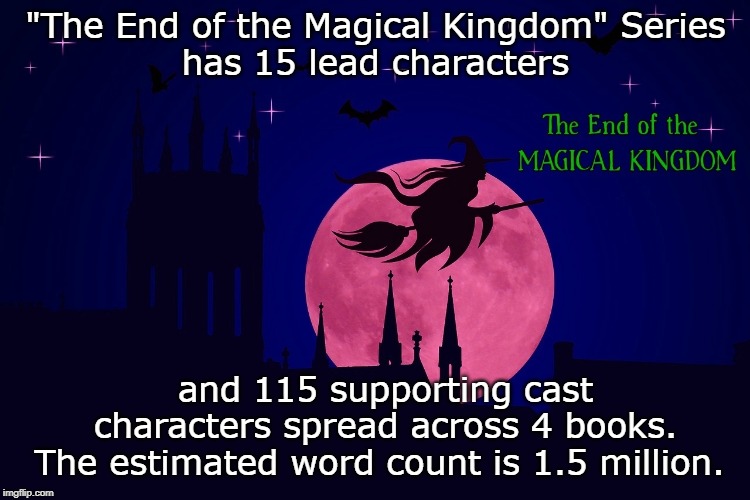 He spends a great deal of time describing Mary’s exclusive fashion designed wardrobe, going into painstaking detail on every aspect of her original creations and what they symbolized. While the reader at first is puzzled over why he should concern himself so much with Mary’s dress code, it becomes increasingly apparent that this is yet another of his humorous jabs at a pretentious, fashion conscious society, not so much unlike our own “Hollywood.”

Our heroine trips blithely through the pages using the common phrases of modern youth. She’s oblivious to social etiquette and stuck in the awkward teen phase, even while all eyes are resting on her to be the source of wisdom and courage. She may seem like a classic bunny-fluff-between-the-ears Marilyn Monroe archetype, but her self-loathing internalization soon makes you begin to realize she’s not as dumb as the world perceives her.

The author demonstrates his own ability to weave magic with one of the most delightful sets of talking animals aimed at stealing hearts since “Bambi” was created and Thumper added a bit of extra throb to the blood circulation. Unlike a Disney creation, however, Warren’s talking animals are blatantly opinionated and had apparently never been introduced to polite circles. It’s gut-splitting hilarious fun, with innuendos that aren’t quite discreet and certainly not politically correct.

Prince Charming himself, Aaron, remains stalwart while Warren speeds up the encounters between Mary and Salem, and the reader becomes lulled into a sense of fairy tale entertainment with the happy ending dangling just around the corner… 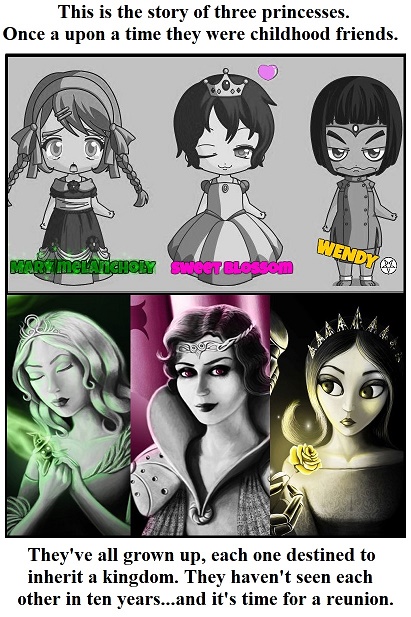 The Dark and the Deep

Then things get bleak. The scene changes. The mood changes. What begins as a fairy tale comedy darkens, as hidden secrets slowly rise to the surface and Mary acquires a new layer of unhappiness far more serious than her reluctance to marry a prince.

Much of the antagonism comes from the devil’s advocate “Rivulet” the Head of the Prince’s Court, who is simply itching to put the military into action. Much as Shakespeare’s Iago manipulates Othello through lies and deceit, Rivulet influences Aaron to doubt Mary’s intentions, and indeed to put a “spin” on the story that manipulates the entire Cadabra media.

The two kingdoms that had hoped for a happily ever after union become a house of cards. Structured on superficial values and fantasy inspired relationships, their society collapses from within, revealing only a horrible and shameful history. The humor disappears as the very real violence takes hold, scalding the reader with its black intensity and lingering questions concerning social justice.

If readers begin to lose their taste for a happily ever after fairy tale ending, it’s largely due to the creation of Salem, an anti-hero that really challenges our notions of what a misunderstood lost soul is opposed to look like. She’s not just cast as a villain because of her appearance–she really is a dangerous woman walking a fine line between party girl and “horrorist”, the cartoony answer to the T-word no one’s supposed to say.

The illusions are stripped away from the suddenly very real human characters, leaving them not so funny, but tragic and pitiful. Yet Salem remains a refreshing, engaging component who simply will not let you out from under her spell.

True to the character of someone whose only company has been animals and some rather ribald mutants, she has a remarkable, child-like naivete when it comes to understanding humans. Her relationship with Mary is one of pure giddy, sugar-rush delight. If you don’t fall under her spell, you are also immune to chocolate covered cherries, hot fudge sundaes and banana cream pies.

Curiously, but typically for a Mitchell Warren story, when the big plot twist is revealed (rather obvious from the synopsis) the scandalized kingdom is not upset that Mary has chosen a woman over the handsome prince, but because the woman is an “evil witch.” The author sweeps away the issues of sexual preferences and concentrates on social discrimination and the effects of abuse. Heavy concepts for a young audience, and no doubt the book earns its mock warning label stating that it contains “Evil” content.

One of the author’s greatest strengths is in creating an emotional context that leaves the reader feeling like a fish that has been dragged up to the bank by a river, then abandoned. The assault on the senses batters you through the second half of the book as fantasy is stripped away to show the tragedy of real-life situations. You cling desperately to Salem, waiting for her magic to put right the terrible wrongs inflicted on the innocents.

Apart from the emotional roller coaster the author is so fond of treating his readers to, is the remarkable style of his delivery. The Onion and Slate can’t even contend with his sharp wit and shrewd insight into human behavior, and their satire looks abominable compared to his cutting edge criticism and colorful sarcasm so infectious it can make an oil refinery bust into a belly dance.

Despite fast-pacing you through a fury of misguided, misdirected, depraved and sometimes misogynistic characters, the story is laced through with allegory and social satire that sometimes leaves you laughing out loud, sometimes gives you a much-needed attitude adjustment, but that always provokes careful thought.

When his needle point insertions don’t prick you, he uses a blunt instrument. For those who prefer to skate around the glossy edges of subjective truth, his hammer blows can feel offensive. He is uncompromising in his views that separate kindness from media approval, fairness from ulterior motivations and human rights from vanity and self-interest.

The imagery in The Evil Princess is so vivid, the visuals leave imprints in your mind. It comes complete with cleverly placed lyrics and choreography. You are left with the feeling that the only thing the story lacks is a producer to turn it into a made-for-young-adults animated movie. By the end, you are prepped and ready for the next tales of the three princesses and their not so happily ever after kingdoms.

Visit The End of the Magical Kingdom’s website for a preview of Cadabra’s kingdoms and future books in the series. The book and e-book will be available at all major retailers and book stores in October 2015.