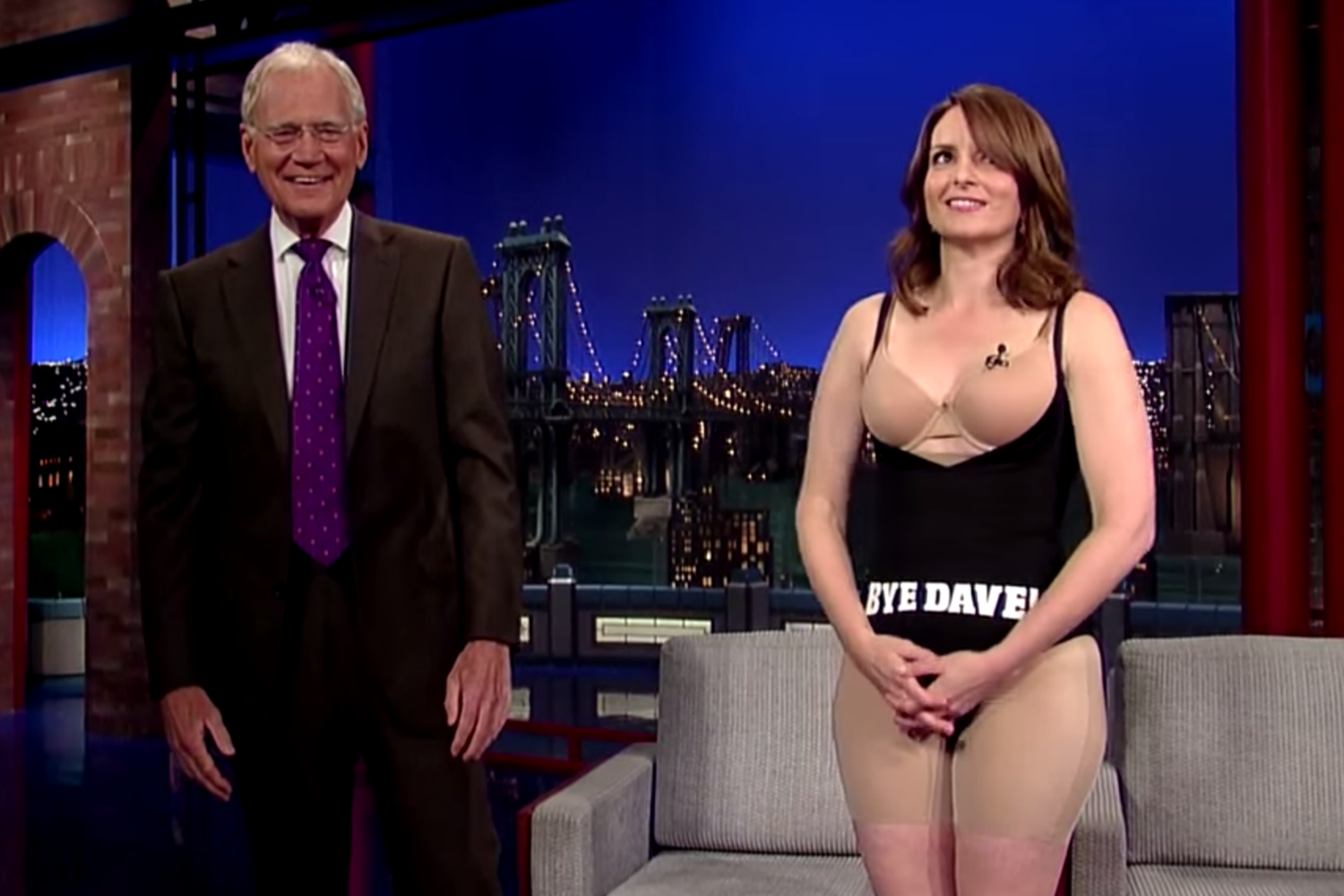 As I was watching Letterman tributes over the weekend, including Tina Fey who paid him a tremendous compliment, saying she’s the last talk show host she’ll ever get dressed up for (“Who else am I going to get dressed up for – Jimmy? That’s creepy…he’s like my brother.”) I am reminded that when Letterman retires this month – and inevitably dies, for which I can’t promise another tribute – it will be the death of a generation of television, the definitive voice of a passing era.

When Dave calls it quits, he will be surrendering his title as Grand Old Man of the TV Talk Show Host Game (hardly a ratings champion, as Carson was, and a self-fulfilling prophecy, since Letterman never thought himself worthy of comparisons) to a new generation of sarcastic sketch comics, each one funny in their own way, but far removed from the WWII and baby boomer generations of serious broadcast journalism delicately mixed with acerbic criticisms of civilization.

New talk show hosts are products of MTV, of Internet viral videos, and of stand-up comedy. Comedians never actually broadcast news or information—they only setup a premise and make a punch line, catering to the ADHD Gen X and Gen Y, who want fast-food entertainment. Nothing specific is meriting criticism, because the entire world is already a joke, a simulated world existing only to mock.

More to the point, this new talk show host generation are the babies of what Letterman and his Comedy Store pals did—namely, create a smarter, wiser and more cynical viewership who took for granted how insane the world really was. Of course, everybody’s insane. That’s why it’s funny…isn’t it?

When Letterman says goodbye, we really won’t know anymore, what’s deserving of comedic censure because of the inanity and pretentiousness of our society. Rather, we’ll learn to mock whatever is there, whether deserving of satire or not, because that’s just the American way – to laugh at whatever they tell us to, right after consuming everything as we do so well.

People don’t quite understand why I despise saying goodbye to Letterman, Carson, even Gary Shandling – Eh, Leno not so much—when all these young guys are so much funnier and peppier. It’s because they haven’t suffered. They don’t seem to have any contempt for society, the revolutionary, anti-social edge that makes satire so biting and so funny – and why should they? They’ve been raised by a good generation of baby boomers who learned from the mistakes of the past and spoiled their children with love. (Or about 50% love, 50% cliches from self-help books and movie lines)

It’s a writer’s worst nightmare and a comedian’s dream world – a new generation that shows respect to its elders while still neg-hitting everybody as if to say, “I love you…and no, I’m not really upset.”

And as the world mourns Letterman I can’t help but say Merrill Markoe, Late Night’s head writer for many years, is just as deserving of adulation for revolutionizing late night TV. I believe Merrill Markoe was in many ways the forerunner to Tina Fey, Amy Schumer and Sarah Silverman, a woman ahead of her time but who was ready to play with the boys, but who was stuck in that awkward TV generation between Jock Comedian & Egalitarian TV Entertainer.

I feel the pain of departing artists, I myself stuck in-between a nook as a Compassionate Generation X-er. Not quite emo enough to let it destroy my life like a Millennial, but not quite mature enough to let it go, like a Boomer.

And now for the last top 10 list of my childhood…more tragic than funny.

As I was watching Letterman tributes over the weekend, including Tina Fey who paid him a tremendous compliment, saying she’s the last talk show host she’ll ever get dressed up for (“Who else am I going to get dressed up for – Jimmy? That’s creepy…he’s like my brother.”) I am reminded that when Letterman…