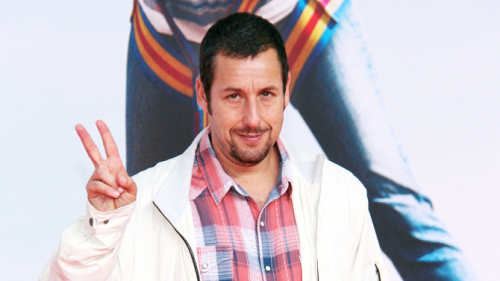 I’m not going to sugarcoat this: Adam Sandler is in a noted decline. After an impressive post-SNL career of such early comedy hits as Billy Madison and Happy Gilmore, followed by his mid-career successes of The Wedding Singer, The Waterboy, and even more serious movies like Spanglish and Punch Drunk Love, it looks like the guy that sang the Chanukah Song at the SNL Weekend Update desk has completely lost his shit. Unfortunately, it’s debatable whether or not the world would continue to put up with said shit.

Let’s go back in time 11 years, when I was 10. I was so excited to watch my very first PG-13 movie, 50 First Dates. I wasn’t 13 yet, and since I still believed in following the way the world works back then, I felt so bad for that – but I was already budding, so I wore the lowest cut shirt I managed to find and smiled a nervous toothy grin at the ticket taker, who let me in without question, which in itself is questionable, but whatever. I sat down to enjoy my sinful movie with some popcorn and a large soda, and like most girls my age, I swooned for the super adult (he’s old enough to be our father, wow!) but totally funny (so he’s harmless!) brilliance of Adam Sandler as he wooed amnesiac Drew Barrymore, who fell asleep every night completely forgetting her dopey Jewish beau upon awakening. It was sweet, it was heartwarming, it made me laugh (although making a 10-year-old laugh is as easy as – well, making a 10-year-old laugh), and I left the movie theater totally understanding why Adam Sandler was at the top of his game then.

Now we’ll fast forward 7 years, to 2011. I was tagging along with my sister and her date to watch Jack and Jill, just as an excuse to get out of my parents’ house. As a typical surly 17-year-old, I was pretty jaded and pissed off, but I remembered the goony smile as Adam Sandler wooed Drew Barrymore and figured, eh, who even reads reviews anyway – Jack and Jill is probably okay. Christ on a cracker, was I wrong. As my sister and her paramour canoodled behind me (so at least they didn’t have to see the horror on the screen full frontal like I did), I watched 91 minutes of what I was sure was a private screening in the third circle of Hell. It was racist, it was sexist, it was bizarre, it was like the acid-induced fever dream of the world’s most accomplished asshole. Which made me wonder:

Was Adam Sandler an asshole?

Recently, for a Western parody movie entitled “Ridiculous 6,” Adam Sandler’s latest vehicle employed several union actors of Native American descent as well as a cultural consultant that walked off the set due to the film’s offensive and tasteless jokes that they felt (rightfully) disrespected their heritage, and was misogynistic to boot. One female character’s name was “Beaver’s Breath” (another poor character was named “No Bra”), and another female character was asked to squat and pee while smoking a peace pipe. Setting aside the obvious implication (Adam Sandler likes to watch women pee, like Quentin Tarantino likes women’s feet), it’s obvious what the Sandler thinks of people from other cultures and ways of life: as a funny joke, of which there is no line in the sand to cross. Just be as juvenile as you want, and if they don’t take the joke (or if they’re “so sensitive,” as one condescending set producer I’d like to meet in a dark alley told a tearful extra), fuck ‘em, right?

Now this goes back to the “harmless” assumption I had about Adam Sandler and his comedy. As a kid, he made me laugh. When I was the age of the South Park boys, I giggled at his silly comedy routines on rerun tapes of his SNL years. It was okay when he was only making fun of himself and his own culture. As someone who grew up with part Catholic and part Protestant upbringing with absolutely no Hebrew blood in these veins, I wouldn’t be able to make a hilarious joke about Jewish pube fros like my comedienne idol, Sarah Silverman – and that’s fine. I can make fun of how Catholics are pretty chill with pedophilia, or kiss their dead (look it up, it’s literally called “the Kiss of Death,” and I did it once with the rest of my family at my grandfather’s wake), or momentarily drown their babies to scrub that original sin right off like Billy Mays is watching. And that’s fine because that is my culture – I’m not saying anything that isn’t true, and as someone that still kinda respects the religion and as a loose representative of it, I have some privilege to shit talk about my family’s silly and downright disturbing religious traditions and observances.

We’re in year 2011 in this theoretical time travel pod I’ve set up for us as an exposition device, so let’s crank back 3 years on the meter to You Don’t Mess With the Zohan in 2008. Sure, plenty of people who remembered the comedic genius of Adam Sandler yore watched it and thought “funny.” But after the “Ridiculous 6” scandal, it wouldn’t hurt to take a closer look at the other time Adam Sandler performed under appropriation of another race and culture – trading the redface for brownface (yes, Israelis are also Jewish, but Sandler was appropriating an entire country’s culture and issues of which he is not from – and in any case, his BFF Rob Schneider was most certainly in brownface.) Bizarrely once again, the film portrays Israeli-Palestinian relations as a complete joke. Zohan, representing an Israeli assassin, is seen making rock balloon animals for the children that originally threw the rocks at him, an offense that would have the children shot on sight in reality. Palestinians like Arab Schneider are represented as towel-wearing idiots that get overly worked up over Israeli aggression because they stole his goat – not because they’ve been killing off so many of his people, including women and children, which in reality is more likely. Yes, of course tragedies like this should not show up in comedies – so why did we make a movie about it when so many wounds are still all too fresh? It’s as if a light-hearted American comedy about the Holocaust came out during World War II where the Jews were seen as materialistic and money-hungry in a fun little camp where occasionally some names are called. It belittles so many thousands of lives lost, and insults both sides of the conflict by making what they’re literally dying for appear to be such a laugh riot.

The question is: Will America still put up with this after the fact? “Ridiculous 6” has been making rounds in your more progressive and culturally offended Facebook friends’ timelines and feeds, but if Zohan didn’t teach us anything, what are the odds that some WASP juvenile frat house types out there will take a look at the current Sandler flick scandal and scoff, laughing at how overly sensitive the world has become, completely forgetting that people have a right to be angry about being made fun of, ESPECIALLY when they have been disadvantaged previously. You don’t make a Civil War movie about jive-talking slaves that love their work and their “massahs,” you don’t make a slapstick Holocaust movie about greedy Jews in a fun camp – and you CERTAINLY don’t make fun of current political conflicts OR a people whose kind has been gradually snuffed out throughout the years (Trail of Tears, anyone? It’s not just what these poor extras left behind as their feelings were left on the back burner, like so many years of reparations and land appropriation.)

For this writer at least, castles in the Sandler fall in the sea… eventually.

Is Adam Sandler an asshole? Recently, for a Western parody movie entitled “Ridiculous 6,” Adam Sandler’s latest vehicle employed several union actors of Native American descent as well as a cultural consultant that walked off the set due to the film’s offensive and tasteless jokes…

My trip to Portland: A crime convention, donuts, tunnels & rain