My trip to Portland: A crime convention, donuts, tunnels & rain 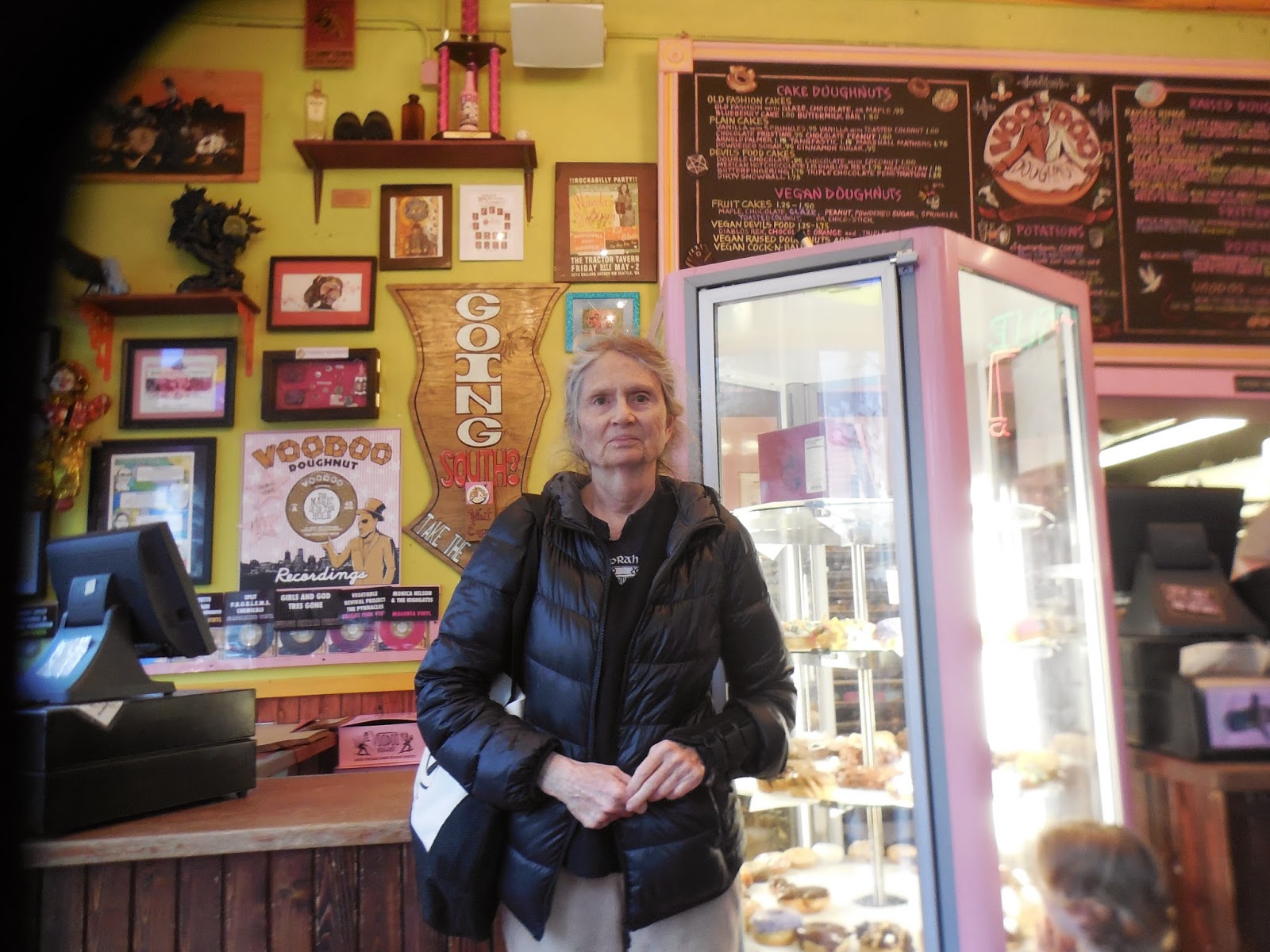 By: Jane Stillwater
I’ve had a really good time in Portland, Oregon, this week — even though it rained almost every day.  But even the rain in Portland is charming.  I’d never been to Portland before and wouldn’t even be here now if it hadn’t been the site of a convention for murder-mystery writers and their fans.  Murder-mystery fans?  That would be me!http://www.leftcoastcrime.org/2015/
“But why are you such a fan-girl, Jane?” you might ask.  That’s easy.  It’s because you can always count on justice being achieved by the end of the book — which is a good thing, especially if you are an American and currently living right here in the very belly of the beast of injustice itself.
Whenever I think about our corporate gollums in Washington, all those huge bankster bailouts on Wall Street and America’s phony endless wars on the Middle East and the Middle Class, then seeing justice achieved every time becomes huge.http://news.antiwar.com/2015/03/17/european-nations-join-chinas-world-bank-alternative-in-blow-to-us/

A lot of my favorite crime-fiction authors are attending this convention, including Lisa Brackman, Johnny Shaw, Lee Goldberg and Catriona McPherson, but there are also some writers here that I’ve never even heard of before — but need to.

Phillip Margolin, a famous crime-thriller writer, was a featured speaker at the convention and he said, “Before I was an author, I was a defense attorney and I’ve represented over 30 murderers at trial.”  That’s clearly a unique way to get insights into the criminal mind.
“But I like writing better than being an attorney because you have the ability to change the outcomes — which you never can do in real life.  Plus the difference between reality and fiction is that fiction is supposed to be credible.  And you also have the obligation to tie things up.  Sometimes real life makes no sense whatsoever.” http://www.phillipmargolin.com/books/
And Margolin’s method of writing?  “I never write a word until I’m sure of the ending.  Then I write a very detailed outline, fill in the missing pieces and then refine it and refine it.  And I always read my dialogues out loud in order to test their validity.  But basically, when writing, I need to find an idea that I can get excited about.”

After Margolin’s presentation, I got a chance to talk to him personally — about our similar experiences in the Peace Corps in Africa.  Geez Louise, the Peace Corps was such a grand idea.  But now it seems like all that Americans are clambering for these days is a War Corps.  http://www.legitgov.org/Plane-drops-ammunition-helping-reinforce-ISIS-reports-earlier-munitions-had-English-language-marking

Then, after attending a few more excellent panels at the convention, it was time to climb aboard the #8 bus and go off to tour Portland.  All those stereotypes of Portland residents are true — almost everyone here wears plaid and most of the guys look like lumberjacks.  And of course the first place that you gotta go to in Portland is to Voodoo Donuts.  There were 80 people standing in line, but I played the sympathy card (just had an operation on my knee) and managed to cut in line.  Unjust, I know, but I was desperate for a “Portland Cream,” the city’s official donut (glazed, cream-filled and frosted with chocolate).  Delicious.  Went back and got another one the next day.    Next, I toured Portland’s famous Shanghai tunnels, built in the 1870s, where approximately 3,000 kidnapped men had been warehoused at one time or another before being sold off to sea captains for $50 a man — and where kidnapped women were locked into tiny lightless cells until they were broken enough to be trafficked by white slavers.  That tour was spook-y!

Next came the requisite tour of Powell’s Books and then back on the #17 bus to go home to the Walking Liberty Guesthouse where I stayed.  I love Portland!
PS:  Portland is also one of the few cities in America that isn’t forced to pour industrial-strength fluoride from China into its water supply, figuring that its citizens are smart enough to make that fluoride-use decision on their own and/or that they already get enough fluoride from other sources such as tea, tooth paste and pesticides.http://www.slweb.org/ftrcsymptoms.html
And another thankful result of Portland’s non-fluoridation policy is that we can all rest assured that Portland’s world-famous craft beers do not contain fluoride like other American beers do — and thus if you drink a six-pack of Portland craft beer, you don’t ever have to worry about OD-ing on fluoride, which is more toxic than lead (but slightly less toxic than arsenic).  http://fluoridealert.org/issues/health/
So if you really want to limit your fluoride intake to a reasonable amount, just drink Portland beer!

By: Jane Stillwater I’ve had a really good time in Portland, Oregon, this week — even though it rained almost every day.  But even the rain in Portland is charming.  I’d never been to Portland before and wouldn’t even be here now if it hadn’t been the site of a convention for murder-mystery writers…