Whitey to Whitey: Yes it’s us: y’all need to change, and that Right Soon 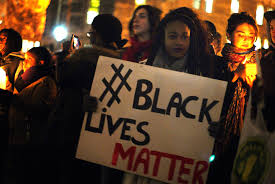 White Americans have essentially never internalized the Kerner Report.
Assembled by Lyndon Johnson to address what was laughably referred to as the
Negro Problem, the panel very quickly saw that this was a joke. There is no
Negro Problem in the US, but rather a white people problem. FIFTY years ago
(let that sink in), it opined, “Our nation is moving toward two societies,
one black and one white–separate and unequal…Discrimination and
segregation have long permeated much of American life; they now threaten the
future of every American.” The report explained that the race riots were
rooted in segregation, inadequate housing, poor access to quality education,
systematic police violence, and labor market exclusion. For these factors,
the report concluded, “White racism is essentially responsible.”

TWO GENERATIONS later (another pause for sinking in) and white Americans are
still, in large part, hard pressed to see it, scratching their heads to see
just what black people are so darn angry about. The pursuit of White
Supremacy, both domestically and globally, is the singular unifying engine
driving the west’s ongoing hegemony around the world.
Reduced to the old canard of ‘race relations’–whatever the fuck that is
supposed to mean, it can be encapsulated in Rodney King’s much maligned
plaint, “Can’t we all just get along?” The answer, firmly, is no. Certainly
not amid the flood of feigned perplexion, mock incredulity and the toxic
“both sides” rhetoric that still spews forth from the mouths of whites (and
not a small number of non-whites) at every level of society, media, and
social interaction. Not unless and until white people change, and begin to
see the structural and institutional evil that white supremacy injects into
every facet of American life. Basically, that is, until whites are
collectively ready to go at least as far as the Kerner report did FIFTY
YEARS ago (time’s up folks. It should have sunk in long ago).

This is not a demand or an expectation I take lightly; nor do I assert it
without burdening myself with the same task. I have had to change–and
massively so–from what I always thought was a forward-thinking,
anti-racist, commie thinker in my early formative years. It’s just not
enough. Granted, I have the best tutor I could ever hope for. And I chose to
take the full immersion course. And I’m sure I have a lot of changing yet to
do, and it will never quite be the same as seeing the world as if I was born
black. But my ongoing education is as humbling as it is obvious to millions
(billions, actually). You just see things differently when your own children
are targeted by police, by other white people, by institutions. Wissen geht
durch den Magen, as a famous German once said. When you bail family out of
jail for something they didn’t do, for example. Wisdom comes through the
gut.

When you lie awake at night worrying whether the kids have internalized the
hatred you try to protect them from every day, you are halfway there. When
you walk into a store together with your wife, and she is followed by a
store detective while some old white lady comes up to you and asks if she
can put such and such on layaway, you learn that maybe your eyes aren’t as
open as they should be (and a bit more open than you wish they had to be).
When you are pulled out of a car and treated like a criminal because racist
cops assume that your wife of ten years is a whore and you her drunken
john… you wake up with the quickness. When cops investigating a fire
separate you from your wife, trying to force her to admit that she smokes
when she doesn’t–come on, you smoke. You can tell us. Fuck you. And as you
wake up, you start to see things. You see that you go to the same grocery
store and pay with the same blue school check at least once a week–often
twice a week–or ten years. No problem. But the one time you bring your
seven-year old Haitian godson because he’s having a bad day; the clerk takes
the check and leans over the counter, asking “Is that WIC?” No, hon…
That’s WACK. And on and on, through literally thousands of examples,
situations, interactions that become so commonplace that you become almost
immune–but that are also part of your awakening. And ultimately you
realize–you fear, you feel, you *know*–that Tamir and Trayvon and Aiyana
and hundreds (yes, hundreds) of others–could just as easily be Johnny or
Marcus or Hector or Herby or Funmi or Sammy–the family and circle who are
my everything, and without whom I am lost on this earth.

In the weeks since the unrest in Ferguson it has been painful to endure a
barrage of idiocy from white people, some despite good intentions, some
ignorant, and some just downright racist, most of whom probably wouldn’t
know that my family is black. It is as if nothing has changed–except for
the worse. Racism is so deeply entrenched–and ossified, it seems–that
there is no longer even a veneer of understanding, and white people who
would have prided themselves in 1968 to side with the oppressed, now feel
themselves not only empowered but almost *compelled* to judge, moralize and
hold forth about an experience from which they are completely divorced. It
is as if the whole country has been transformed into the old Dave Chappelle
sketch, and they “just know black people.”

As one who has made and is making that journey, I see it as the duty of
white people–at the very least–to avoid these pitfalls. Listen. Open your
eyes. Learn and know supremacy for what it is, and understand it and expose
it. The black girl who made fun of you in middle school may have been
racist; but she probably doesn’t have the power to take your job, or your
home…or to kill your child with impunity. The difference is what defines
supremacy. And when our eyes are open, we can see the nuances that make the
system what it is. We can and should speak out as long and as loudly and
forcefully to other white people in whatever forum and from whatever
platform we can access until the very second the mic is wrenched from our
hands against a supremacist system from which we benefit unequally… after
all, we are mistakenly seen as the store manager, and not the thief.

And when you know, you can’t un-know. You can’t be assuaged by half measures
that support the system rather than change it fundamentally. More body
cameras for cops? Are they serious? What a crock of shit. Tamir was shot on
video. Eric Garner was choked to death in front of a dozen witnesses. Rodney
was beaten half to death on camera, and a white jury still couldn’t see it.
And on and on and on. Just another bullshit chapter in the hopeless
neoliberal delusion that technological advancement–tweaking the
numbers–can solve problems that require systemic change. Cowardly,
righteous, and deliberately obtuse–and giving *more* resources to police
who are already militarized and armed to the teeth.

Don’t be drawn into the tired and corrosive Good Negro/Bad Negro paradigm
that supremacist logic has always used to derail attempts to expose white
supremacy for what it is. Dr. King was wise and calm, Malcolm X was crazy and
violent, conveniently ignoring and distorting the radical legacy that both
men left us. After all it was Martin, not Malcolm, who said “riots are the
language of the unheard.” And it was Martin, not Malcolm, who was quick to
expose the hypocrisy of condemning his own people as violent savages amid
the slaughter of nonwhite people in Vietnam: “I knew that I could never
again raise my voice against the violence of the oppressed in the ghettos
without having first spoken clearly to the greatest purveyor of violence in
the world today–my own government.” Martin today would understand the
rioters–not shame them.

Sadly, the Groundhog Day time bounce that governs these things replays the
loop without the slightest hint of irony: white people tut-tutting about
looting and violence while undoubtedly saluting the flag and sporting
support our troop’s paraphernalia. The King of Drones blathers on about how
‘violence is unacceptable’ while raining death on nonwhite children and
wedding collaterals the world around. Par for the course for the
Supremacist-in-chief. The office really is colorblind, as it turns out, and
this portfolio must be filled at all costs. This is what accounts for the
radical difference between the Obomber’s rhetoric and that of say, another
Black elected official, Deval Patrick.

Especially at the national level, there is no escape from The American
Nether, that perverse intersection of race and class. I would, however,
caution those who try beyond reason to make it first about class in a
misguided attempt to promote a false ‘unity’ or to blunt their own
complicity. In our own example, Julia is just as likely to be followed by
the store cop whether she is in a do-rag or prepped out. We are both
educated professionals, and play the part quite well. It didn’t save us–my
wife was knitting
(KNITTING!!) in the front seat when I was pulled from the car and mistaken
for her john.

Is it all about race? Maybe not. Is it only about race? Hardly. But it is,
was, and shall be *always* about race. Falling isn’t only or all about
gravity either, but only the very stupid would discount it–and at their own
peril. It is the not-so-well disguised secret that defines This American
Life, the reality that has defined our experience since the arrival of
Europeans, and the fuel that fires the twin engines that guide the separate
systems about which Kenner and company warned when I was three years old.
This is America. It is 2014. Wake the fuck up. Our kids’ lives depend on it.
And they matter.

(c) 2014 Daniel Patrick Welch. Reprint permission granted with credit and
link to danielpwelch.com. Political analyst, writer, linguist and activist
Daniel Patrick Welch lives and writes in Salem, Massachusetts, with his
wife, Julia Nambalirwa-Lugudde.
Together they run The Greenhouse School. Welch has also appeared in numerous
television and radio interviews, and can be available for comment and
analysis as his day job permits.

“Our nation is moving toward two societies,
one black and one white–separate and unequal…Discrimination and
segregation have long permeated much of American life; they now threaten the
future of every American.”