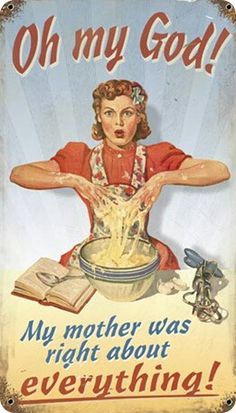 It’s once again mother’s day and all you ungrateful children who were evicted from your mom’s uterus get to show your appreciation by completely ignoring her struggles while engaging in consumerist pacification behaviors.  Sure your mom did twice the work at half the pay of her male counterparts while somehow taking care of dinner and vacuuming. Let’s pacify her with some lovely flowers and a card you got from the grocery store while dashing over to the adjacent isle to get kitty litter. Who has time to contemplate the struggles of females? Especially the old ones, responsible for bringing us into the world.

I remember the first time my mother started talking about her first sexual harassment. was around eight, and it was the type of lecture I wish I could have erased from my brain. Sadly, her tale of harassment was the first of many stories. She was groped, often. She was groped on crowded subways. She was groped at work. She was groped at the store while buying groceries.  My dad would frequently call her stupid, even while I was in earshot. And she never made much of a salary. Father made most of the household income, and when he got home he would smoke a pipe and drink gin in a thermal glass while flipping through his recently purchased copy of Playboy. Contribution to household work by dear old dad: zero.  Poor mom was the house slave; expected to cook, clean, pay bills, do yard work, raise the child and maintain anything and everything that dear old dad had the privilege of blowing off. All this while being sexually harassed and barely making a livable wage while doing it. Mom didn’t have an advocate for her freedom, it was expected that she comply.

As an adult, reflecting on my mother’s struggles made me reflect on the progression on feminist thought and the struggles of all females in modern society. Today’s feminism has become a battleground where liberals and radical fems have been engaged in a take-no-prisoners approach at maintaining ideological purity. A periphery internet search on topics of sex positivity or gender issues will typically reveal rhetorical death matches in the comment sections and forums. A person trying to wrap their head around even the simplest concepts in feminism would find that all the constructs are still works in progress.

The concept of Patriarchy has still survived. Or as I like to think of it, socialized male privilege.  Privilege is a word that I think succinctly describes the concept. People who are privileged rarely feeltheir privilege because they cannot experience the consequences of living outside the social construct they exist in. In the case of racial privilege, a person of a socially favored race often can’t experience the struggles of the people marginalized by their skin color. Patriarchy is another form of oppression in which males become the empowered class over females.  Some men come to understand patriarchy through 3rd parties such as conversations with female family and friends.  Others may read of it as an academic exercise, as a white teenager may do while reading about racial injustice in a classroom. Men who fall within established gender roles cannot experience patriarchy directly, which causes many to deny its very existence.

The problem of any oppressed class it trying to relinquish power from the oppressor. Often, this requires some type compliance or assistance from the oppressor class. Feminists fight male oppression, yet it is obvious that the mechanisms of patriarchy will require the aid men to unravel them.  The class that has the power to create oppression has the power to destroy it.

It’s time that men think about the plight of women and how men, as a group, are still acting as agents of suppression. Too often men view the habits of other men as being completely autonomous.  Whoever came up with the expression “to each their own” never got groped three times a day.  Men can no longer pretend that they live as a castaway on their own island. Each man is part of a social collective; the negative outcomes from the collective behavior affect women. Men have to embrace the idea that inequality is wrong. Men have to embrace the idea of female agency and use their position of power to support it. Men have to embrace fighting from within. Subversive jujitsu. Men need to talk to other men about supporting equality and stopping sexual harassment.

On that note, I offer a Mother’s Day challenge to men exercise their conscience and take action. The following types of people should be challenged directly by any man with a conscience: Pickup Artists (PUA), Male Rights Activists (MRA) and Misogynists. These people are the enemies of all women. Their ideas on who women are and how they should be treated conflict with the idea of sexual equality and human decency. If patriarchy exists in the minds of men as a collection of ideas then your words are the only weapons that can bring an end.  Challenge sexual objectification. Challenge assault. Challenge the sexual utility of women as an end goal.  Challenge marginalizing and disparaging language against women. Do it because you love women, not just the women in your life. Other people’s mothers, sisters and daughters deserve the dignity of being treated like a human.  Give them a mother’s day gift that money can’t buy; a future where they matter more.

It’s once again mother’s day and all you ungrateful children who were evicted from your mom’s uterus get to show your appreciation by completely ignoring her struggles while engaging in consumerist pacification behaviors.