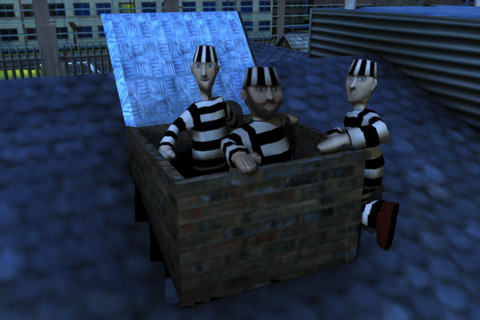 We all love that scene in The Shawshank Redemption when Andy finally scratches his way through a stone wall towards freedom and redemption, and the happy music plays in the background. Of course, that was the sort of fictional prison break everyone roots for. In reality, prison breaks are not that happy and actually quite horrifying and humiliating for the facility that fails to keep the inmates under lock down.

Schmoekel was a German child rapist and murderer, and if that isn’t terrifying enough just consider that the man escaped from prison a whopping six times. One of his biggest escapes, in 2000, caused a nationwide uproar and actually caused the official in the Brandenburg state Health Ministry to resign. Over the course of six break outs he has sawed through window bars, and fled during escorted outings. His latest escape involved attacking one security guard, while the others stepped out for a cigarette. Schmoekel is certainly not the smartest man on this list, but the poor planning of the prisons who let him go is worth a special mention. Hopefully, by now German prisons are investing a little more funds in security tactics. According to Schmoekel, who’s now serving life in prison, as the child of holocaust survivors he is entitled to rape and murder Germany’s children. His appeal for release was denied, if you can believe that. 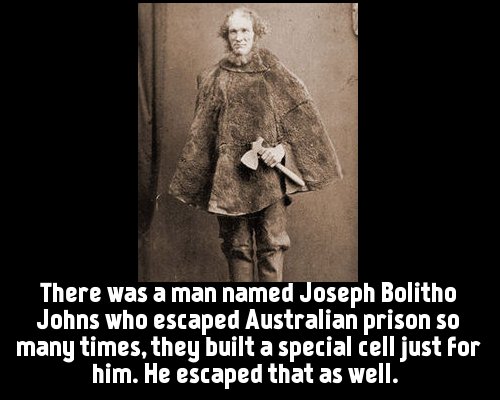 This Australian “bushranger” was active in the 1800s. After being arrested for horse stealing (more more specifically unauthorized horse branding) Johns was brought to the Toodyay facility and then broke out of his cell in the night, repeating his former feat of escaping from a youth detention center. He was arrested for jail breaking but served out his sentence choosing not to escape even when having the chance. After his release, he was arrested for a crime he denied, and so escaped a second time from a work party. Now nicknamed Moondyne Joe, the clever convict was recaptured. However, even after petitioning the Chief Justice for a reduced sentence, he still tried to break out. With the help of a few other inmates, he escaped again. The next time he was caught, he was sent to the escape proof Fremantle Prison, which was made of stone and contained over a thousand nails. The governor even said if he could break out of this totally secure prison, he would be pardoned. However, he broke so much rock during his sentenced labor he created a pile that obstructed the guard’s view of him.This allowed him to swing at the limestone wall of the prison regularly until he created a wide enough hole. Authorities searched for him but he went missing. He was returned to prison, tried to escape occasionally, but never did. Fortunately, the new governor remembered the pardon the previous governor promised and decided not to punish Joe beyond his current sentence. He was eventually released.

Sheppard lived in 18th. century London and showed tremendous potential as a carpenter. However, he soon descended into alcohol and and chose a life of vice over his career, because as everyone knows, work is just not as much fun as liquor and easy women. He became a thief to support his ways, but did uncover a new talent: escaping prison. Sheppard’s first prison escape from. St Gile’s Round House happened when he broke through the timber ceiling and lowered himself to the ground using rope from his bedclothes. He disappeared into the crowd (who was already looking for him) directing their attention to a nonexistent shadow claiming it was, well, Sheppard. The third time, he was awaiting a death sentence at Newgate, but still managed to escape the day of execution by loosening an iron bar in a window while his wife and associates distracted the guards. Best of all, he managed to escape in women’s clothing, which his visitors had delivered to him. Back to Newgate again, he was now a celebrity jail breaker. He escaped one more time by unlocking his handcuffs and climbing up a chimney. Even an iron bar that blocked his path wasn’t enough to faze him; he removed the bar and used it to break through the ceiling. The people who were there insist the devil must have helped him escape. Maybe…or maybe all that carpentry knowledge just paid off. 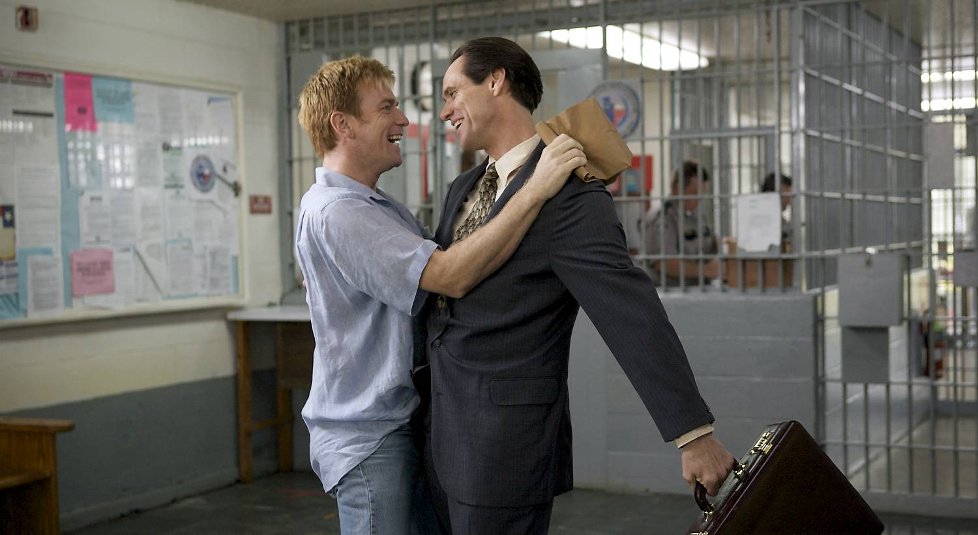 Steven Jay Russell was such a brilliant con artist, Hollywood couldn’t help but make a movie about him starring Jim Carrey. (Well, to be fair, starring the washed up Jim Carrey of the 2000s) Still, Russell’s life was amazing, and all the more so since he escaped prison in the nearly modern era of the 1990s, when you would think prison wardens should know better. The first time he escaped, he impersonated a prison guard using only a walkie talkie and a set of clothes. After losing his boyfriend, Russell met new beau Phillip Morris and then landed himself in prison again for embezzlement. He escaped by impersonating a judge and lowering his own bail. He was sent to the Maximum Security Estelle Unit in Huntsville, Texas but escaped once again after using green markers to color a prison uniform green, making it appear to be a a doctor’s scrubs. He walked out the front door. Arrested again and facing stiff penalties, he had to think big and came up with a doozy. He used laxatives and a bit of method acting to fake the symptoms of AIDS. Using a typewriter, he created his own medical records showing his HIV condition. This resulted in Russell receiving a special needs parole to a nursing home for terminal care. He then called the prison and parole board and told them, while impersonating a doctor, that the prisoner Russell received experimental treatment but died. Even after his jail break, he still found time to impersonate a judge and get his lover moved to a different prison so he could meet with him. He is currently in a 23 hour a day lockup facility, in order to prevent a future escape. Now that’s as close to a Pulitzer Prize as Russell will ever get, but at least the justice system concedes his talent. 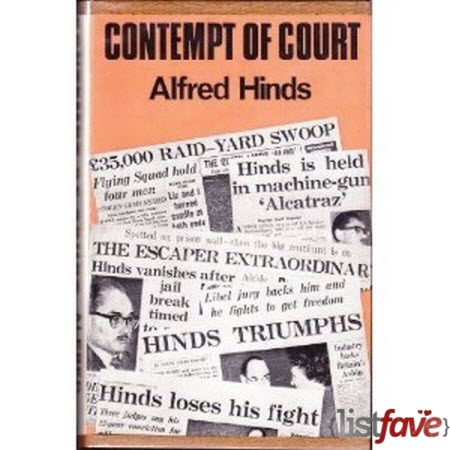 Alfred George Hinds broke out of three high security prisons over his career in crime. The first escape was from a Borstal Institution for teens. He also deserted the armed forces in World War II and was then sentenced to 12 years of jail time. He escaped Nottingham Prison by sneaking through the locked doors and climbing over a 20-foot prison wall, which earned him a Houdini comparison. When he was arrested again, he started early on his next escape, by suing the prison commissioners for illegal arrest. Using this distraction, he was able to escape using a hidden padlock that was given to him at the Law Courts. He was uncuffed to use the bathroom, but then trapped the accompany guards in the cubicle by snapping the padlock onto the screw eyes that he had asked to be installed by his accomplices. He was captured shortly after, but would escape again, this time from Chelmsford Prison. As if his escaping prison wasn’t enough “salt in the wounds”, he also filed a libel lawsuit against the arresting officer (who denied Hinds’ innocence) and won.

Juha was convicted of a triple murder and given a life sentence. However, whereas his accomplice only received two years, Juha had to serve a longer period of time. Finding prison to be rather stifling to his creativity, he decided to escape the Riihimaki prison in Finland. He used a teacher as a hostage but was captured shortly after his escape. He escaped again from the Pyhaselka prison and actually traveled all the way to Sweden from Finland. After a failed suicide attempt (which doesn’t really count as major league prison break) he again broke out from the Sukeva prison. His next break out was from the labor prison in Hamina in 2006. He also gets extra credit for “escaping” with a suspended sentence, as he was arrested yet again in 2008 for minor violations and released again in 2009. However, he was arrested in 2011 and escaped parole prison in late 2011. The whole thing has inspired him to write an autobiography, which will presumably not be titled “How to Repeatedly Break Out of Prison.”

Matti Haapoja from Finland was a serial killer (confessed to at least 18 murders) and a talented escape artist. Living in the 1860s, he didn’t have much holding him back except a few guards and a prison wall. So it’s not too surprising that he escaped the Turku Prison four times over a ten year period. Even after he was shipped to Siberia, and then Eastern Siberia for killing more people, he broke out of prison again and returned to Finland in 1890. He tried to break out least one more time by killing a guard, but couldn’t finish the job. He tried to commit suicide by self stabbing but did not wound himself fatally. However, the story of Haapoja teaches us persistence if nothing else. He successfully hung himself in 1895. For a time, his skeleton was displayed at the Museum of Crime in Vantaa, otherwise known as the creepiest museum ever. 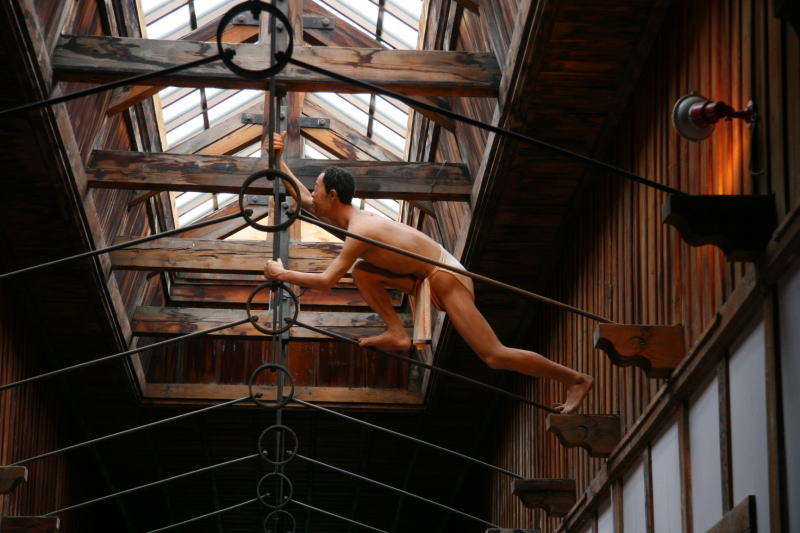 Shiratori from Japan, was convicted of murder in 1933 and escaped from prison four times over a three year period which is a pretty good batting average, even amongst all his jail breaking friends. He escaped Aomori prison in 1936 and was re arrested, only to escape again in 1942. Years were added onto his prison sentence as he was continually recaptured. One of Shiratori’s innovations was rusting. He rusted his handcuffs and inspection hole with miso soup. He escaped again in 1944 from Abashiri prison and again in 1947 after digging a tunnel in Sapporo prison. He was finally paroled in 1961, as officials didn’t seem to think he was a lifelong killer, and no crimes were ever reported after the initial murder. His legacy was immortalized in author Akira Yoshimura’s novel “Hagoku”. His memorial is inside the Abashiri Prison Museum. Oh well, next best thing to an Academy Award.

McNair was a murderer and not much good to the world—well, except for his amazing ability to escape from prison. The first time, he used only lip balm to grease his hands for a handcuff escape. The next time, he escaped capture by crawling up and through a ventilation duct. His last breakout from a federal prison in 2006 (we still hadn’t figured out how to keep people in jail apparently) happened when McNair mailed himself out of prison in a crate. While he didn’t quite receive the fame of other 20 featured on America’s Most Wanted. McNair didn’t have the most creative ideas but he was certainly an opportunist and one who never stopped looking for a way out. He is currently serving two life imprisonment terms, so he has more than enough time to think up another escape plan. 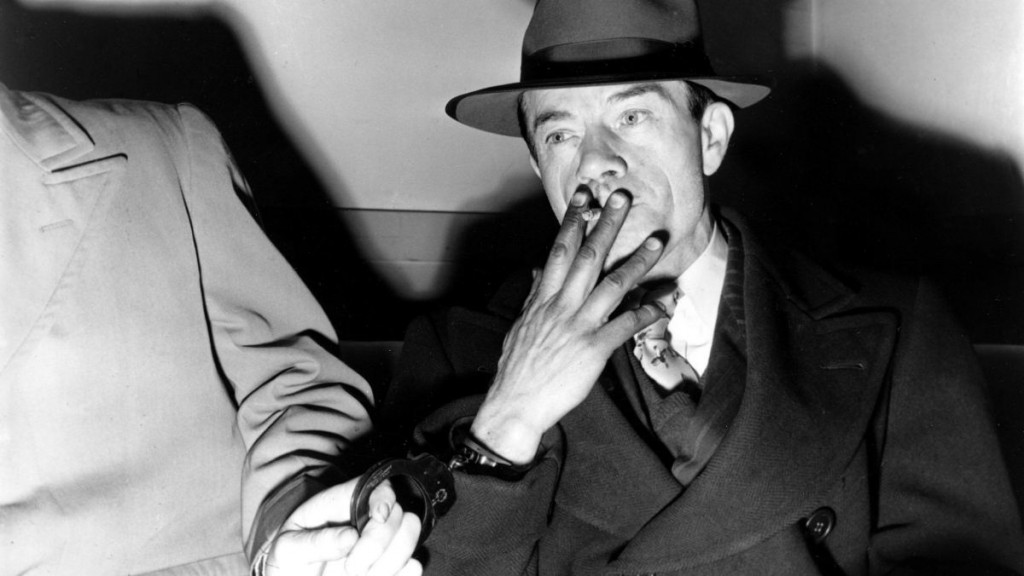 Sutton, like many other escape artists of the glorious past was a bank robber first and then became a notorious Houdini prisoner later in life. He broke out of prison three times mostly due to his uncanny ability to dress up in disguise. He even earned the name “Slick Willie” well before the Clinton years. The first time he was arrested he used a smuggled gun to hold a prison guard hostage. Next, he escaped with other convicts through a tunnel. The third time, he and other convicts dressed up as prison guards and carried ladders to the wall. Even when authorities spotted him, Sutton yelled “It’s okay!” and convinced them nothing was happening. A judge suspended Sutton’s sentence in 1969 for good behavior and Sutton’s deteriorating health. Ironically, after release he spoke to banks on anti-robbery technology and ideas. Lesson learned, always be a team player whether you’re preaching good or evil.

One thought on ““10 People Who Escaped Prison More than Twice””