A Simple Solution for College Athletics. 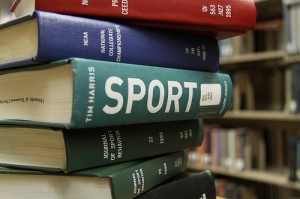 The NCAAA, colleges and fans are bracing for the possibility of unionized athletes as players on Northwestern’s football team visit Capitol Hill to testify about their struggle.  The reaction about unionization in college sports has raised interesting questions. Can athletes in non-revenue sports unionize? Will financial ramifications from unionization effect Title IX sports?  Will negative revenue athletic departments be forced to close their programs if funds are further depleted? Will concessions awarded to union members increase the disparity that exists for non-athletes who incur disproportionate debt to pay for their education?  Many of these topics are being discussed throughout the media and blogosphere; however one key topic has not been discussed: how free education would virtually eliminate this entire debate.

The narrative of tuition in college athletics is simple. Students who excel at certain sports can be awarded partial or full financial aid by a college or university, which may include boarding, healthcare and other subsidies.  Under examination, the narrative defines a problem; the need for education.  Many people need education, and some cannot afford it.  The narrative provides a qualification by which a person can qualify for financial assistance, athletic excellence in a sport of interest.  Certainly there are other areas in which higher education can extend financial aid, however only the area of athletics is under the “threat” of unionization.  While the need for education may indeed exist among athletes, many have argued that the narrative is an informal fallacy for some sports.  The so-called “high revenue” sports in particular have long called into question the motivations of athletes and the corresponding tactics used by recruiters to attract them.

The narrative for the need for education is always the stepping stone for discussions regarding tuition and unfair practices. Thus far the discussion has focused on the broader topic of fair work for pay, but the stepping stone itself it’s never addressed: why shouldn’t EVERYONE get free education?  The issue surrounding student athletes who demand negotiation is that their scholarship is directly tied to their performance as an athlete. Students who fail to meet expectations (or suffer injury) are subject to losing their scholarship and incurring academic and medical expenses.  The scholarship is the tool by which athletes are forced to comply with the will of the colleges and their respective athletic departments.

If the dynamic of higher education was shifted to an all-access model (similar to Norway), the narrative takes on an entirely different subject. Free education for all students would eliminate financial barriers to entry and facilitate a framework for fair student-faculty interaction.  Without the need for tuition reimbursement, athletes could pursue their individual and team endeavors without being treated like a special class of student. The narrative of an academic needs-based compensation is dissolved. Many can stop pretending that academics power an athlete’s motivation to be on a team. The broader issue of some athletic departments operating as revenue generating businesses becomes clarified in a system without scholarships. It is the nature of big money in college athletics that has raised the call for unionization. Athletes understand that college athletics are farm systems for big-money leagues,   allowing the NCAA to capitalize on fan interest in college sports at the expense of players. As long as higher education is a commodity that is purchased, colleges can use the manufactured “pay” in the form of scholarships to placate an athlete’s participation in the system.

Stacy-Free education for all students would eliminate financial barriers to entry and facilitate a framework for fair student-faculty interaction.