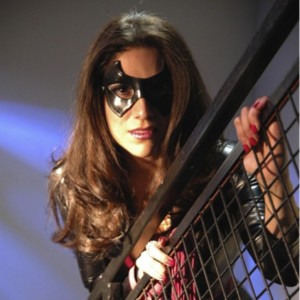 It’s nice to see an action web series that knows no fear, especially when shows these days fit neatly into either epic drama or absurd comedy. Justice Woman is a mishmash genre piece, one that defies classification just as its ambitious protagonist (a.k.a. lawyer Sofia Escala by day, costumed crime fighter Justice Woman by night) defies the injustices allowed by the same legal system she works in.

Of course, she doesn’t have the leverage that celebrity superhero Iron Man has, so she has to lay low from the spotlight. Neither does she have the fancy gizmos of Batman, or the web-spinning freak powers of Spider-Man, so poor Justice Woman has to spend most of her time sneaking into offices, leaking information to the press, and taking down bad guys by out-smarting them, instead of just going full Hulk.

Verduga’s superheroine Justice Woman is a culture clashing-character, recalling classic Batman & Robin pulp meets Occupy Wall Street and Wiki Leaks Internet lore. This is all very timely for audiences who these days pay more attention to the likes of whistle blowers like Julian Assange and Edward Snowden than the likes of Adam West and Burt Ward—and what a tragedy that is, old chum.

It would be so easy for Justice Woman to devolve into a moralizing, after school special type of show, given the subject matter and the controversial topic of whistle blowing in general, which is why the series stays clear of lecturing and focuses more on laughs and suspense sequences.

Justice Woman’s real world problems become quickly apparent as the continuing story of Jesus Lopez unfolds, and we see a whole host of corrupt judges, criminals and prosecutors aggressively fighting to save their own reputations at the expense of some hung innocent man. (No pun intended, using the term “hung” in the traditional legal sense, not in the way Robert, with his gleeful smile and lecherous eyebrows would imply) Actually, Robert really shines in season 2, as he brings more dirty one-liners to the “straight” role, as well as a deeper pathos to his closeted character, supplying the pacifist partner to Sofia’s righteous and sometimes comical indignation. 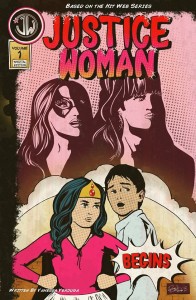 In many ways, Sofia and Robert are a dynamic duo of the modern age, and the writing of the show cleverly tributes the best of TV superhero eras, from the good old Adam West days to the dark and brooding Tim Burton re-launch, to even Nolan’s gritty reimagining of a Gotham overtaken by real crime, not comical clowns.

Writer-director Vanessa Verduga shines in the original web series, not only for her performance and vision of Justice Woman (a modern feminist hero in a genre now, unfortunately, dominated by anarchist beefcakes), but also for her work in storyboarding, filming and editing the series into a legitimate work of super-heroic art.

Justice Woman couldn’t be a more newsworthy and socially relevant story in 2014, as it tackles serious issues like domestic violence, homophobia, and corrupt politics—all the while finding time to cross dress, spandex whip, and hump its affable stars next to copy machines. One can only imagine how much fun the audacious writer-director would have with a visual effects-heavy TV series, or an A-list pretty boy actor to command, but the real achievement is in how fiercely independent the series remains.

The web series, managed and created by Vanessa Verduga, has already won awards for its production, including an Outstanding Lead Actress Award at the 2013 LA Web Festival and the 2013 Excellence in Multimedia H.O.L.A. Award from the Latino community for writing, directing, producing and acting.

The show is once again an official selection at the 2014 LA Web Festival (March 26th to the 30th at the Radisson LAX Hotel), and also a 5th Annual Indie Series Award nominee. Moreover, Justice Woman is headed to Rome,Italy this year with 6 nominations, hoping to take home a 2014 Rome Web Award before stopping by Canada as an official selection of the 2014 Vancouver Web Festival (May 2nd to May 3rd at the historic Imperial Theatre).

Justice Woman Season 2 is now playing on its YouTube Channel, just in time for a new comic book launch based on the show’s leading characters titled “Justice Woman Begins.” The future looks bright for this team of superhero-sympathizing auteurs. 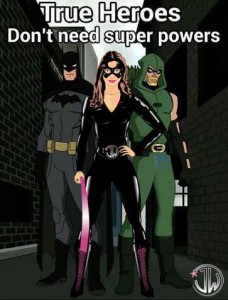