Imagine The Shoe On The Other Foot 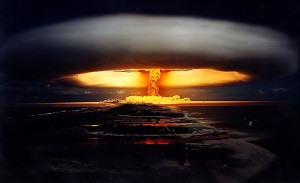 My mind is about to explode. The news is so surreal I can only cope by
resorting to satire. Imagine the shoe on the other foot… [blurred dream
transition scene]:

BREAKING: Putin, Xi, Maduro and Castro arrive in Quebec to negotiate a
transitional government and protect the breakaway province from reprisal by
“English-speaking cultural hegemony.” Putin accuses Obama of ‘interfering’
as riots grip Toronto and Montreal, aided by covert Russian and Chinese
training and funding. Lavrov is caught on tape vowing to “Fuck those Limey
bastards.” Saintly Obama does nothing, saying ‘it’s none of our damn
business. We’re all about freedom, above the border as well as below.”

The situation is quickly spinning out of control as what Putin describes as
‘peaceful protesters’ arm themselves with Molotov cocktails, sniper rifles,
and arms looted from police barracks. As many as 87 law enforcement have
been killed, some beaten to death in broad daylight by angry mobs. The
Canadian President’s attempt to restore order was met with swift and harsh
condemnation by China, Russia and members of the Shanghai Cooperation
Council, which imposed immediate sanctions on Canada as well as travel
restrictions on key members of the freely elected government. Putin, asked
about the obvious contradiction between his comments praising the gangs’
taking law into their own hands and professions to ‘democracy’ and ‘free
speech,’ was unmoved. In response to repeated questions on how he could
maintain such a position when his own ministers had been recorded planning
the coup, he lashed out at reporters, Obama, and the weather. “Fuck you.
We’re the biggest dog on the block, and we don’t have to give a shit what
anyone thinks. We’ve toppled governments in like 50-60 countries in the last
50 years–you think some whiny bullshit is going to stop us? Don’t get it
twisted–we do whatever we want, and make up the lies to justify it as we go
along. Then we plant stories in a corrupt and compliant press so your idiot
citizens will play along. Besides, Democracy! Freedom!
����� Etc.” 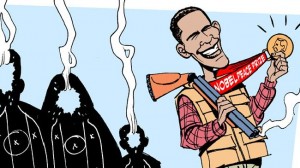 While the entire world community, with the exception of Albania and Andorra
are aghast at Putin’s outburst, Obama remained strangely sanguine. “Makes
sense to me. These are clearly just innocent victims of an evil elected
government out to get them. I don’t see any reason why I should be alarmed
at armed gangs shooting cops and burning down state property–even when they
are funded by our enemies in a country sharing the longest international
border in the world. We’ll just wait and see what happens. But what the hell
do I know? I’m a complete fucking sock puppet–the biggest stooge of a
president since Truman, and twice as dangerous. Either that or I’m evil
incarnate. I haven’t quite made up my mind yet.” 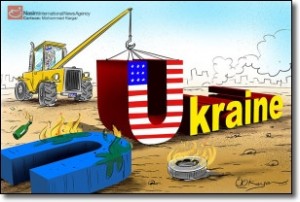 Just kidding. Obama actually gave the immediate order to invade Canada,
essentially flattening Montreal, Toronto, Quebec, and for some reason,
Calgary, saying he was “hoping to catch those red bastards with their pants
down.” DEFCON 5 put Beijing, Moscow, Havana and Caracas in the nuclear
crosshairs as subs were positioned for a first strike against all cities.
“We can’t allow this kind of meddling on our borders,” the president erupted
at an unusually tense press conference. “I mean, can you imagine if we went
and started wars in, say, Georgia and Ukraine? The Russians would go nuts,
and my balls would be on the block before you could say boo. And they’d be
completely within their rights.”

“Fuck you. We’re the biggest dog on the block, and we don’t have to give a shit what anyone thinks. We’ve toppled governments in like 50-60 countries in the last 50 years–you think some whiny bullshit is going to stop us? Don’t get it twisted–we do whatever we want.”

How To Grow A Garden Part: 5

How To Grow A Garden- Conclusion