EVER WOUNDER WHY UNCLE SAM HAS TO BE EVIL ! 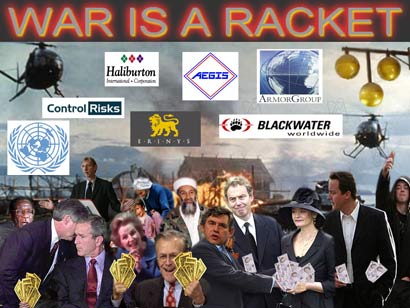 How World Works 101 for Red Necks and Their Puppets

“WHY AMERICA HAS TO BE EVIL “CASE BEING PUT FORTH :

Every once a while, when most of you couch potatoes and red neck tomatoes don’t get your rations of Boos or Fox news, I have an epiphany. I am Struck by the question as to why on earth the United Snakes has to defy all common sense and go all out on it’s war mongering when it has never been attacked on it’s own soil .

Well, the obvious answer in the eyes of the general populous would be that the United Snakes is the torch bearer of Democracy and all things Soft and Cuddly on Planet Earth. Sorry to Burst your Bubble. Actually, the United Snakes has over thrown and supported more military coup’s then any other race of reptiles combined . 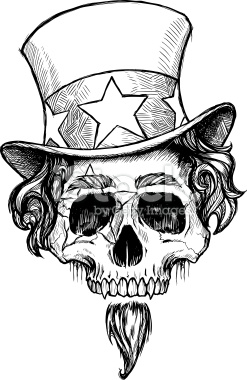 The Real Reason is that during the 2nd World War, in general the United Snakes exploited it’s geographic distance from where all the shit was going down; i.e its factories and manufacturing facilities were not getting bombed and could function rather smoothly. As more and more manufacturing for the allies was outsourced by Europe to the United Snake’s facilities, the Military Industrial complex got a Boost so lucrative that United Snakes and The Global Banking kabal got Addicted to War. And to keep that Addiction going, United Snakes used the very organisation intended to end all wars on earth; the UN (or I like to call it the United Nazis). Ironically For the Champions of Democracy and the democratic values, The UN is the most Undemocratic Institution ever to have disgraced the land it stood on. Wait! No. The red necks had already disgraced that land beyond recognition . The UN is more like a grave yard of dead and dying humanity and the collective conscience of mankind ..

NOTHING IS FREE IN THIS WORLD RIGHT :

Now that the problem of Exporting war was solved by the ingenious evil genius of the creation of the Unholy UN, the next question was how to make the nations which are destined to go to war pay up. That’s where the global banking kabal comes in to play; i.e., the IMF, world banks’ proxies of the Rothchilds , Rockerfellers, etc., etc. How do they do it, right ? Well first they get the population of both sides all steaming and puffing with the help of two things which are more abundant on earth after air and water: “SPINELESS POLITICIANS” & “STUPIDITY OF AN EMOTIONAL MOB “. Once the people are in line, the IMF finances the wars and even subsidies them in exchange for natural resources, land, water and every last bit of grain . 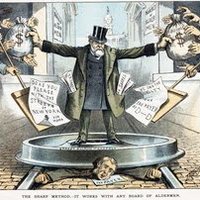 ALL BUSINESS IS GOOD BUSINESS :

Oke, now that Uncle Sam has it’s finances covered, it exports the same gear to both sides of the war, but with a little twist. For instance, if it is selling Pak F16’s, it will disable its look down radars so they are not able to be used as bombers ,or if it’s exporting to Saudi Arabia, it will make sure they can not alter it’s software, which makes Israeli planes show as “friendly’s”, in effect making it impossible for them to be shot down via American purchased weapons . Only Saudi Arabia has purchased 80 Billion worth of war gear in the last year alone .

MOB MENTALITY IS GOING TO BE THE END OF US :

One might inquire why on earth we let the United Snakes first manipulate us and than rip us off. Well that question is open to debate. It can be for any different number of reasons, such as religion, political differences, ethnic racism; you name it .But if I might add my two cents. it’s nothing of the above. We, as a species, have evolved in to a race bent on self destruction .War is the only thing that for some sick reason gets us to have a common interest, a sense of security and even a fake sense of pride and nobility . Spilling Blood has been reduced to a mere statistic rather than a human tragedy in our age of lack of wisdom but abundance of information. Information in it’s self is worth nothing if we lack the wisdom to decipher it .

I have to be honest for the sake of honesty. It’s more of envy than hate towards the United Snakes because it has figured out how to manipulate the whole globe into serving its military industrial complex .If you ask me, Mr Adeel Ahmad, for the solution, my answer is thus “How am I supposed to know. I am all talk no walk just like you all. ” .

PS :But i do know this United Snakes can only Export wars for as long as we keep Importing them. No justice. No peace .

The only real reason as to why Uncle Sam is so evil is because it’s profitable.