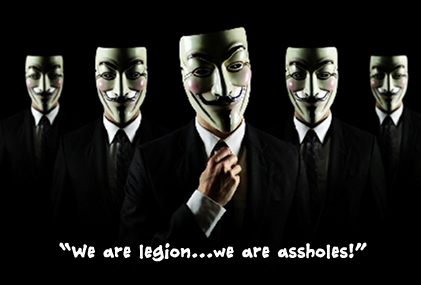 Earlier in the week I found myself really aggressively bummed out by people’s behavior around me.  In a time when we are all facing such daunting problems like the economy, weather changes, starvation, war, and on and on it was pissing me right off the ways in which people were reacting to them.

Then I took a step back and noticed that I too was pissing myself off with how I reacted to stress.  It was pissing me right off that I was even getting stressed out.

But then there really is nothing new under the sun.  People have been reacting to outside and inside stressors for the same way ever since there were people probably.  It’s the reason we have so many maladies and the reason we shoot at each other and hoard things.  Here are some behaviors I have noticed and some quick fixes to deal with them.

You all know this person.  Some of you are probably going to think I’m talking directly about you and if that’s the case, it’s probably true.  The complainer is the person who has most of everything they need.  They have a roof over their head, food in the belly, clothes on the back, a job wherein income is reasonably assured.  Yes, you may be 4-5 paychecks away from hardship, but 4-5 paychecks is a long time.

Still the complainer finds time to complain about things.  These things seem really unfair to this person, a dented car, a hurt back, torn sheets, the fact that cable is down for the month so you can (responsibly) pay your grocery bill.

Hell we have all been the complainer at one time or another.  I will go out on a limb and raise my hand.  I have bitched about stupid things that really, nobody cares about but me, like the fact that my mate thinks broccoli goes with peppers in Sheppard’s pie, torn sheets (did I already say that?)

Why the complainer does this:

This is entirely out of fear.  Most complainers have been without at one time in their life or another.  They genuinely know what it’s like to go to bed hungry and to wear hand-me-down clothes that goddamnit I hated on my sister!  The complaining is a defense because every little thing that goes wrong goes straight to that part of the brain that tells them disaster is coming and they already know disaster is a B with an itch.

If you are this person recognize that it’s okay to share your small stresses, with a small group of people who will forgive you.  Also recognize that sharing everyday is too much and a mistaken coffee order at Starbucks is a really stupid thing to complain about.  You were the dummy that forked over a $20 and got back a handful of change for coffee.  Did you think about that?

If you are this person’s friend restrain yourself from pointing out that there are bigger things to worry about.  This is only going to make things worse.  It’s the bigger things that they are worried about anyway.  Remember this is a defense and trade coffee’s with them, letting them know the world still has nice things and nice people.  If you are a distance friend like a social network contact, just ignore that shit.  Really, do you have to one up everyone?

This is the person who will take every problem to the next level. It doesn’t matter if the problem is as small as a headache in which case you will be regaled by their colitis that hasn’t given them relief for 30 years or homelessness in which case they will tell you that you are lucky to be homeless in California or wherever as even having a home in Africa is lower than being homeless in California.

They are an asshole.

Kidding!  Seriously, they act this way because they acutely feel for people.  These people typically are very empathetic and unfortunately for them and you, their empathy is pulled to the worst case scenario.  They want badly for a solution to the worst of the problems and in most cases there is no solution.  However their empathy causes them actual pain.  In a lot of cases physically manifested. (Hence the colitis) So they want you to put your energy into the worst things.  It’s impossible but really they want what’s best.

You can’t.  But you can interact with and be friends with these people by attempting to better understand their worries and concerns.  Ask pointed questions.  It’s what they want, for their fears and worries and pain to be known.  Getting to know them means delving into ugly places and this is not for everyone. But you can do it if someone is valuable enough to you and in your actual real world life.  It just requires time and listening.  Mostly people want you to know about what’s out there.

If they are your virtual friend, this is easier.  Just don’t engage with whatever tips the scale for you.

The Know it All

There is always going to be this person that seemingly has nothing but time on their hands to know it all and amazingly, do it all.  They unfortunately will also lecture you on what a waste of human space you are for not doing anything for your fellow human being and for not being up at the crack of doom to read every Chris Hedges posting on the downfall of humanity.  Generally these people will try to come across as avuncular but are perceived more often as talking down to their audience, assuming that others need education because they don’t see things the same way.

They are lonely.  But they will never tell you this.  It is the reason they “do it all”, so they can get out and be with people and help.  This actually is a good thing, even though it pisses you off sometimes.  They are in fact doing good for the world and if you can look past their self congratulations you may be able to connect, learn and appreciate them.

Join in.  Take up one of their favorite projects and learn about it; participate in it.  Go out and help them help people.  This helps you bond with them and see what they are talking about all the time.  It also helps you see them in a new light because surprise, surprise when these people are helping others they don’t act the way they do when they are lecturing you.

If you are a virtual friend, overlook the ranting high mindedness.  What attracted you to their personality in the first place?  If you can’t do this, maybe it’s time to part ways.  Also, understand this doesn’t have to be a grand door-slamming parting of the ways.  People drift apart all the time in the real world.  Sometimes they meet up randomly and share coffee and talk about old times later.  It’s no big thing.  It’s beyond me why people have to grandstand when they disagree online.

This leads me to the next and perhaps hardest thing-

Perhaps you are the problem; How to tell:

If you respond to everything you disagree with by immediately going on defense and karate kicking the shit out of your search engine trying to remember that one fact you learned in college in order to prove people wrong, you may be the problem.  Really the problem here is your own insecurity with your beliefs.   You may or may not have formed some.  You may not realize that it’s okay to have those beliefs challenged over time and in fact even change them.

Don’t get me wrong, we all want to karate kick our friends from time to time.  It’s natural.  People are different and get on our nerves.  The difference is when you can’t stop yourself from doing it.  When you cannot let silence fill the moment while you either stew and hatch evil plans or you know, think about whether your ideas need a revise.

Because the whole point of sharing information, thought and ideas is to check ourselves and revise.  The world around us changes and we shouldn’t fear it.  We should want to understand it and what others living in it think feel and experience.

How to work with yourself:

I’m feeling like a broken record at this point but really the answer to most conflicts is to listen.  Hold off a minute on your attack.  There is a reason swords need to be sharpened and oiled and it’s so you can really think about what you are slaying. Metaphorically of course.  Think first, things like:

Did I convey my thoughts concisely?

Even if I think my thoughts were incredibly understandable, were they?

Did I understand the other person and their concerns?

Are there more questions I can ask?

Is this just someone letting off steam? (As in the case of the complainer) and if so; do I value their friendship enough to let their silly worries go?

Why am I so attached to my way of thinking? Also why are they? –This is actually very important because if it’s cultural or even generational, people just aren’t going to change and there very often is no way you can understand completely, you haven’t walked in their shoes.  But, you can learn about their shoes, or you know…whatever else.

Really, when all else fails and people are just getting to you; take a break, reconnect with your own personal reality, like the grass outside, take a walk, talk to people in your house or stretch.  Just don’t get weighed down in what you think you need to prove.  Because we need to do things differently so we can begin to be different as a human species.  Understanding one another is important.  But just like the biologist that is not getting the results they want, sometimes you have to walk away from your pet experiment and let time and maybe someone else with a different mindset finish the work you began.  In short, let go of attachment.

How to work with people who we want in our lives but sometimes make us want to rage-punch them.